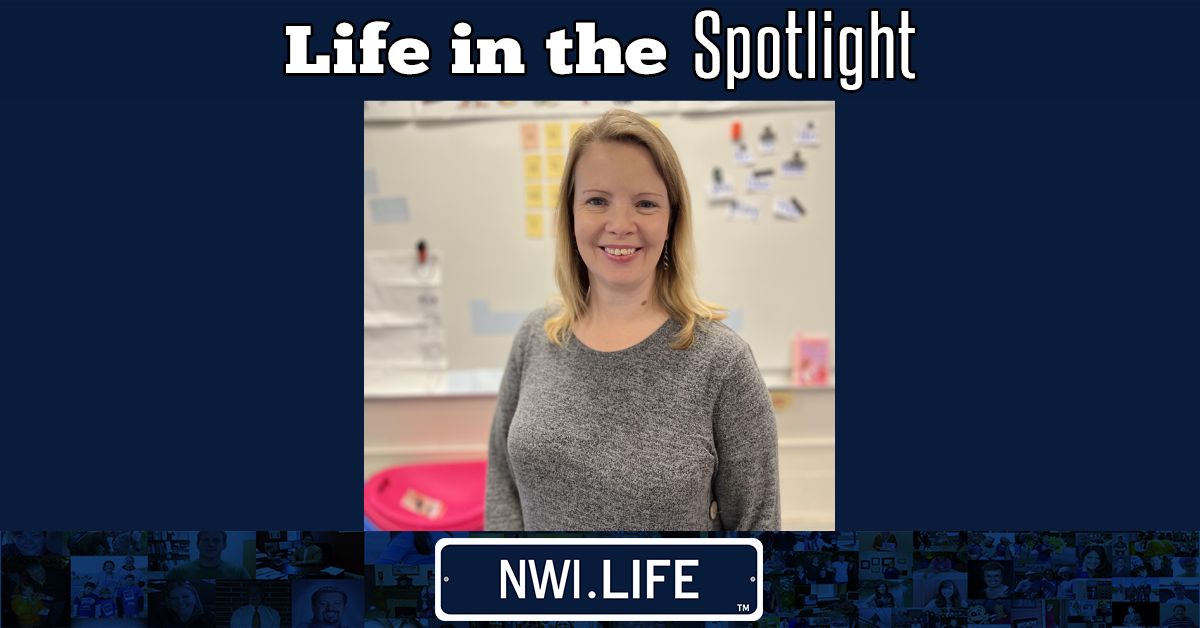 There are so many kind, thoughtful people doing wonderful things throughout Northwest Indiana, but you wouldn’t know it unless you asked them. Michelle Cicillian may not be one to talk much about herself, but she’s truly making the Region a better place one child at a time.

Cicillian grew up in Hobart and graduated from Hobart High School. She went to Valparaiso University and earned her bachelor’s in elementary education. She can’t remember exactly when she fell in love with teaching–it’s something that has always been a part of her.

After graduating, Cicillian taught at a small private school in Valparaiso called North Star Academy for a while, and when it closed, she decided to stay at home to raise her kids. She began volunteering at Hobart Early Learning Center (ELC) since it was just right down the road from where she lived. She started as a recess aide, then became a classroom aide after a few years, and has been there ever since.

Cicillian’s favorite part of working with kids is watching them grow and get excited about learning.

“I love seeing them smile. I love when I'm teaching and working with the kids and I see that light go on when they figure it out. When they finally understand something for the first time, it just clicks, and they're so happy because they figured it out. I love that,” said Cicillian.

Cicillian believes early elementary teaching is extremely important because young kids learn so much quicker and it can have a huge impact on the rest of their lives.

“They learn so much when they're young. If you start early, you can mold them and shape them and teach them the most important things in life. That is super special,” said Cicillian.

Six years ago, Cicillian started her own program at the Early Learning Center called the Weekend Food Assistance Program. She gives kids in need enough food to make it through the weekend since a lot of them can only receive free meals during the school week.

“It had been on my heart a lot those first couple of years I was there, seeing the kids who didn't have enough snacks and food. There is assistance, but not everyone qualifies, and sometimes kids just need more. I started working, and every time I had a question, a door opened. It just kept going until I was able to get funding. This year I’ve got 44 kids that receive food from my program. I'll pack up the bags on Wednesday and Thursday and they go home on Friday with them. Mostly they just get little things like peanut butter, cereal, soup, and crackers, but it’s enough to get them through the weekend,” said Cicillian.

In her free time, Cicillian loves spending time with her family. She also spends a lot of time reading, crocheting, and gardening. She’s thankful to everyone who has supported her and helped her get where she is.

“I always appreciate the support of my family and my friends and my school family at the ELC,” said Cicillian.

At the end of the day, Cicillian may not be one to talk much about herself, but she’s a role model for the kids and those around her.