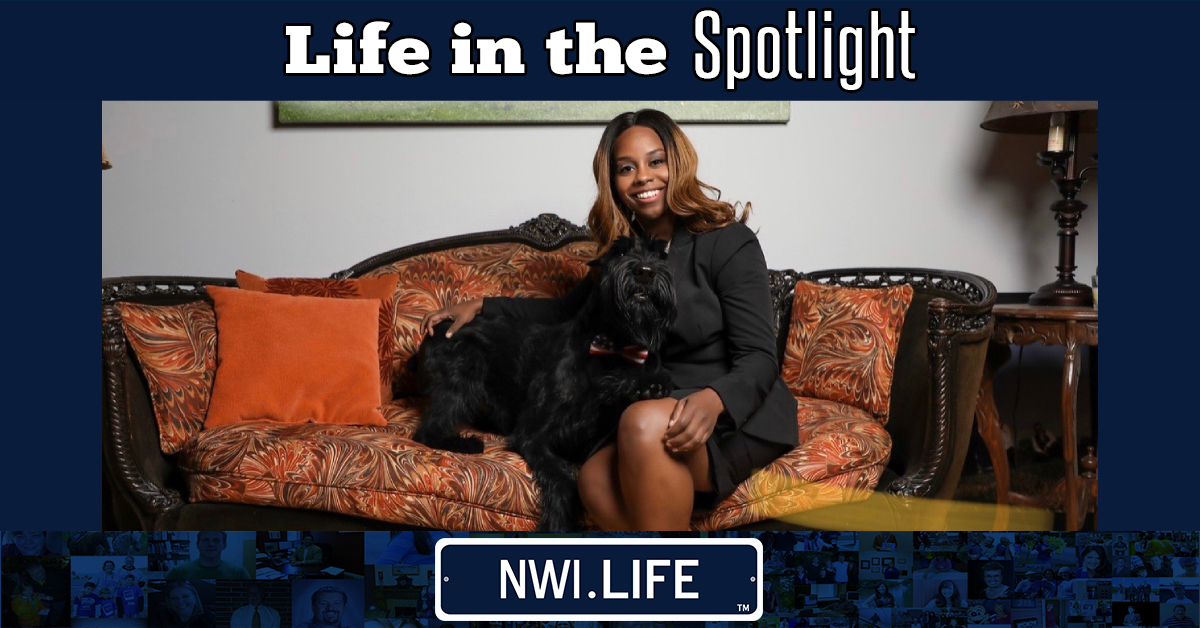 Melissa Borom knew she wanted to be a lawyer her whole life but initially wasn’t sure what type of practice she would pursue. While in school at Indiana State University, she put together a plan to create the best scenario for herself after graduation. The plan entailed shadowing several professionals and gaining exposure to a variety of sectors before finding her niche in lobbying.

“I shadowed several individuals who were all doing different things with their degrees, and when I had my time with a lobbyist, I absolutely fell in love with the industry,” Borom said. “I felt going into that would be most complimentary toward my skillset.”

Throughout her career, Borom has worked for Congressman Pete Visclosky, the United States House Committee on Appropriations, and AAR. Much of Borom’s enthusiasm for the lobbying industry sprouted from her time shadowing Lacy Johnson, partner at Ice Miller Legal Counsel in Indianapolis.

“He gave me my first opportunity to work for a lobbying group within a law firm,” Borom said. “My experience with him started me on the path I’m on now, and I am very passionate about what I do.”

From there, Borom met several women in Alpha Kappa Alpha Sorority who helped her navigate her career process and eventually came to know Cheryle Jackson at AAR, where Borom currently serves as Government Affairs Manager.

“Cheryle was very instrumental in making sure that I got to AAR and I was equipped with what I needed to succeed there,” Borom said. “She was helping me navigate corporate America and bring my best to the table. This is extremely important to me, especially as a young African-American woman in this field.”

For Borom, the best part of what she does is building bridges, particularly for labor-intensive companies that lack a pipeline supplying human collateral to meet their demands as time goes by, which connects companies with the resources they need to fill those gaps.

“A lot of what I do is helping to educate people across the country about aviation careers and trade careers, especially at a time when baby boomers are beginning to retire, and those fields are in need of younger generations to replace them,” Borom said. “I am helping to navigate those changes with education and financial resources, and I love shedding a light on the many different opportunities out there. That’s what I love most about what I do, the ability to change lives because by changing lives, you change communities.”

When she is not on the clock or making grand plans for the future, Borom loves spending time with her giant schnauzer, Sir Duke Ellington. At not even two years old, the lovable giant stands nearly eye to eye with Borom.

“He’s so tall. Whenever we go out, he’s like the talk of the town,” Borom said. “We go on a five-mile walk on the beach every day and seeing him grow. He can be mischievous, and it brings me so much joy.”

Borom intends to carry on her mission to change lives in a major way and is preparing to launch her own apprenticeship program in 2021. The program will be aimed at high school students in Northwest Indiana and will provide them with the skills necessary to funnel into the trades and fill gaps that companies currently lack. The program can also teach students how to start their own business if they so choose.

“I wanted to teach young kids about the building trades so that they know it’s an option. They can go that route to make a great living and survive on their own without feeling like they are required to go earn a degree because that’s not the best fit for everyone,” Borom said. “We’ve seen how valuable those industries are during the pandemic as construction and trades continued to function as essential workers. Having that survival skillset is immeasurable, and I want these kids to be able to take that anywhere they want to.”

Borom hopes that her program will have long-term ripple effects on the industry, providing not just an avenue for positions opened by retiring baby boomers, but also giving women and minorities an opportunity to thrive.

“I see a lack of representation of women and minorities in the trades, and contractors actually receive penalties when that quota is not met. In fact, these groups are so underrepresented that contractors often factor that loss into costs when placing a bid, expecting not to meet that quota,” Borom explained. “My hope is that this program will help correct that underrepresentation and promote women and minority-owned businesses by giving those groups the skills to start up their own organizations as well.”

Borom has prioritized funneling these groups into apprenticeship and eventually into those unfulfilled job slots. She takes joy in using her skillset to address an ongoing issue. She is all about “passing the baton” by helping smooth the transition as the baby boomers leave the workforce and the younger generations enter it.

“We need to have a legacy plan in place to continue the great things that are happening here by delivering a good message to young people so they use their talents and bring about good change to Northwest Indiana,” Borom continued. “I want to be part of the solution, not the problem. That’s what it’s all about; finding solutions so that everyone is a winner.”