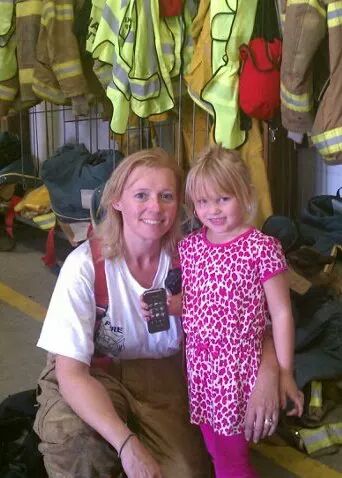 Born and raised in Lansing, Illinois, Lori Postma moved to Northwest Indiana when her parents decided it was time for a change for the family. Postma loved the area so much, however, that she decided to return to the area as an adult where she settled down and raised a family with her husband.

"It's a wonderful place to raise a family," Postma said. "It has all of the conveniences of city and country, and the people are just so nice and caring here."

Currently, Postma works as an RN for the Franciscan Healthcare in Munster, where she has been since April of 2011. Previously, she worked for St. Anthony's in Crown Point for eleven years before moving on to the surgical hospital in Munster. Soon after Franciscan Alliance came in and purchased the hospital, and decided to keep Postma on as the Supervisor of the Surgical Recovery Department and the Emergency Preparedness Bioterrorism Coordinator. It is her responsibility to prepare the hospital for all different kinds of emergency events, from natural disasters to terrorist attacks.

When she's not working, Postma volunteers her time with many different organizations. For the past twelve years, Postma has been a volunteer firefighter, working with District One task forces, deployed to help handle fallout from tornadoes and hurricanes. She was one of many deployed to New York a few years back when Hurricane Sandy hit. There, she was the commander of a donation center for the island of Long Beach, taking in many different items to help those affected by the hurricane. With thousands of volunteers cleaning up roads and houses, Postma and fellow volunteers were able to locate missing individuals that had not yet been accounted for. They were even able to feed 2000 people Thanksgiving dinner, coordinated with local officials.

"There is always something on every mission that you take away," Postma said. "After Hurricane Sandy, everywhere was devastated. Every county was destroyed. To be able to bring some kind of normalcy to help them – to help restore power, to help get water pumped out of houses – it made all the difference to them. I was a really wonderful experience to see the whole country come together to donate to people who had lost everything."

In the past year, Postma was cast as a recurring extra in the hit show Chicago Fire, playing a trauma nurse helping victims. Before being cast, her niece had heard of the chance for people to sign up to be extras on this show, and when Postma didn't sign herself up, her niece seized the opportunity for her instead. When the directors found out that she was both a firefighter and an RN, they decided to give her a recurring role as a trauma nurse, which she found exhilarating.

Recently, a woman collapsed at Sam's Club where Postma was shopping. Postma jumped into action, and was able to open the woman's airways and get her breathing again.

"It's just natural instinct to me," Postma said.

In what remains of her free time, Postma enjoys gardening, singing at weddings, and spending time with all eight of her children partaking in various recreational activities.