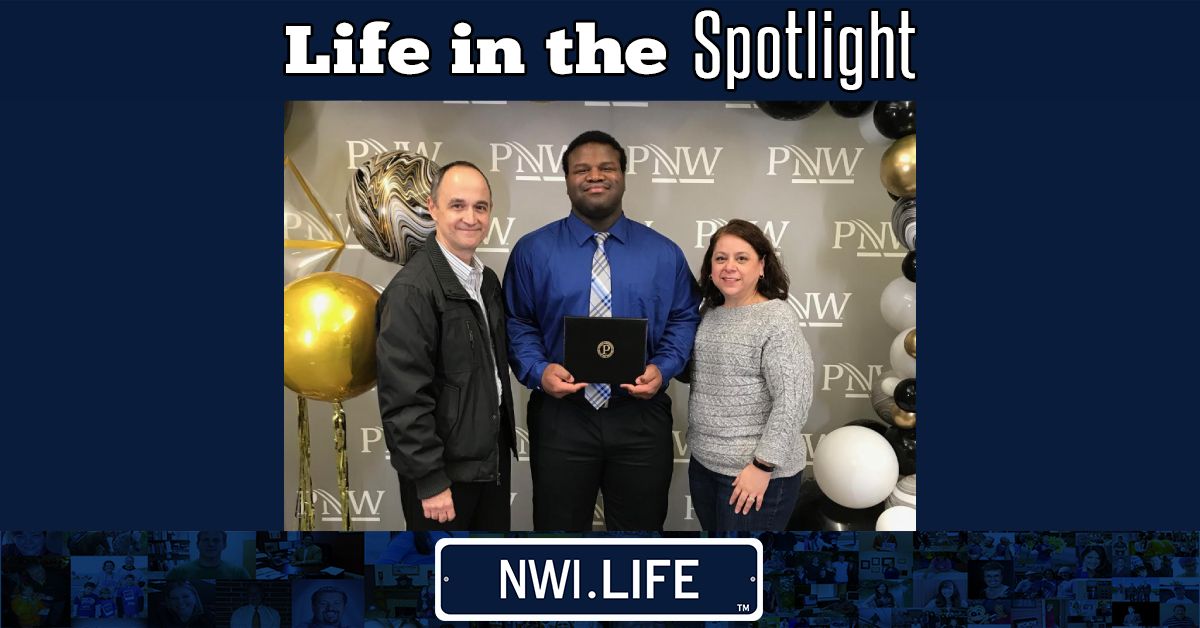 Ever since she was a child, Leticia Duvnjak had been raised to be kind and help others when they needed it. That has carried into her career as a nurse manager of cardiac rehab at Community Hospital in Munster, Indiana.

“I've been a nurse for 30 years at the same facility,” Duvnjak said. “I try to help people; that is definitely my calling, and I've been doing it for a long time.”

Duvnjak worked with a man named Terrence Pierce at Community Hospital. Terrence Pierce had a son named Elijah Pierce who attended the same school and was in the same grade as Duvnjak’s youngest son.

Due to the fact that Terrence Pierce worked at the same hospital as Duvnjak, she knew about his medical history.

“Terrence was unfortunately diagnosed with pancreatic cancer at 54 when his son, Elijah, was a senior in high school,” Duvnjak said. “I had befriended Terrence at the beginning of the school year; I took Elijah school shopping for supplies and some clothes, and I started taking meals over to help his dad after surgery.”

Unfortunately, Elijah Pierce’s father’s health took a turn, and Terrence Pierce didn’t know what was going to happen to his son.

“He had some family, but they weren't in a position to take him in, which is what he was hoping for,” Duvnjak said. “I had a discussion with my husband and we were both thinking, ‘How can a parent pass away and not know what’s going to happen with their child?’”

Duvnjak and her husband had gotten an unexpected phone call from hospice telling Duvnjak that Elijah Pierce had to be picked up that day.

“I had to wait for Elijah after school,” Duvnjak said. “It was really hard to tell him that his dad was in hospice. I took him there and then I said, ‘You're going to stay with us now.’”

Elijah Pierce has been living with Duvnjak and her family for the last seven and a half years. He has graduated college and will be moving into his own place in 2023.

Duvnjak and her husband, Vojo, have been married for 32 years and have raised three children, Zachary, Juliana, and Noah. Duvnjak enjoys sports, gardening, reading, animals, and spending quality time with her family.

“We just started fostering dogs through Treasured Friends and the Griffith Animal Shelter,” Duvnjak said. “We’ve failed already because we are going to keep them.”

Duvnjak comes from a Mexican family, while her husband is Serbian. Duvnjak and her husband blend their traditions together during the holidays.

“We definitely continue with all our traditions. We do Slava, we have two Christmases, and then the Orthodox is on January 7,” Duvnjak said. “My kids have definitely grown up in a very multicultural family.”

Duvnjak is one of seven children, and comes from a very tight knit family.

“I have four brothers and two sisters,” Duvnjak said. “I'm just blessed that I have such a great family; I'm very close with all of my siblings. My mom is still alive, she is 86 and my dad passed away at 72. He left behind a really good legacy.”

In 2004, Duvnjak was diagnosed with breast cancer when she was 38 years old. Duvnjak went through chemotherapy, radiation, and had a lumpectomy.

“I was coaching my son's soccer team at the time, so I felt like I came out of it very positive because I had a lot of positive things around me,” Duvnjak said. “I was staying busy and was able to be active with my kids. It really made that whole situation bearable and a lot easier to deal with.”

Unfortunately in July 2020, Duvnjak was diagnosed with breast cancer for the second time.

“The second bout of cancer has definitely been the most challenging,” Duvnjak said. “But then I look at others around me and when I go to my appointments. Seeing both men and women who have breast cancer who are fighting for their lives and are in way worse shape, it keeps things in perspective for me. I count my blessings every day.”

Duvnjak expressed immense gratitude to her husband, who has always been there to support her unconditionally.

“I could not have asked for a better partner, in life and everything we do with our kids and our families,” Duvnjak said. “I'm so grateful for him because he is such a good person and has the biggest heart and unconditional support for me. He has been there when I'm at my worst and at my best.”