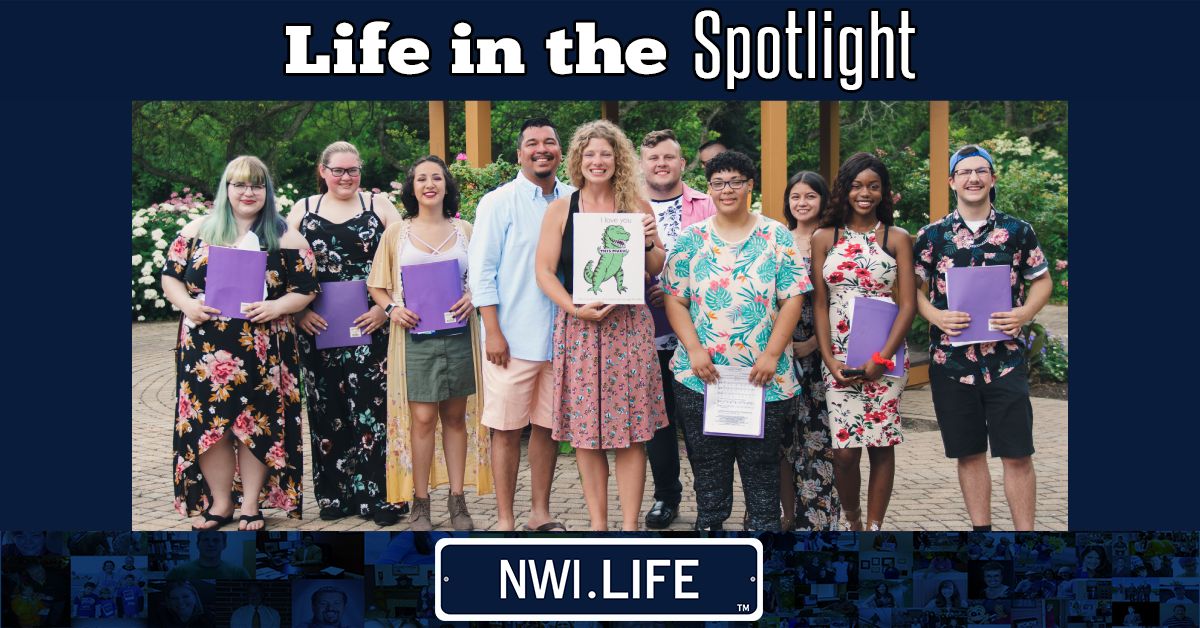 Growing up, Lauren Erickson knew she was going to be either a teacher or funeral home director. When it came to teaching, she kept going back and forth between history or music. Erickson ended up being a music teacher who knows a whole lot of history. Both her passions, funeral homes and music, started when she was young.

“Growing up, I was never that person that cried at funerals. I'd be the one to say, ‘Hey guys, let's go share some stories.’  I think that's actually the teacher in me too,” said Erickson. “I love the idea of people getting together and telling stories. You can learn something about somebody's past.”

In fourth grade, Erickson signed up for band. She is 5’10, and because of her height, her band director convinced her to play the baritone and tuba.

“She convinced me to play baritone or tuba because nobody else wanted to, it was so big,” said Erickson. “So. I was brainwashed because I was the big athletic kid who played baritone and tuba.”

When Erickson is not teaching choir at River Forest High School, she's coaching the track and field or cross country team for the school. She has been teaching at River Forest for 14 years.

Wanting to set an example for her students that these abilities are something they can carry with them throughout the rest of their lives, Erickson stays active in her community as both an athlete and musician.

“I'm showing my students this is something you can use for a lifetime to stay fit, stay active,” said Erickson. “I can then show my students you might not sing in choirs professionally, but maybe your church has a choir. Maybe you want to join a community choir or a community band eventually.”

The choir at River Forest originally had about 12 people, but with Erickson’s hard work and determination, she recruited students. Now the choir consists of almost 60 students. A lot of the students are from her track team, and she loves when her two worlds combine.

“I've always said that being well-rounded is so important to all my kids. Even if you're not the best at something, it's good to give it a try,” said Erickson. "It is important to realize that you can do sports and compete while creating beautiful artwork as well.”

Erickson was a sprinter in high school along with being in band. It was not until Erickson was in her mid-30s when she started to do runs and races in her community and even got a chance to do a Chicago Marathon through her graduate school, VanderCook College of Music. Running has helped Erickson with her mindset.

“During mile 23, all my sorority girls from college came out and gave me a hug and had water and snacks, and they played a song when I went by,” said Erickson. “My parents, sorority sisters, and students were there and even though I was in so much pain, those last three miles felt like a dream because of the whole experience.”

Last summer, Erickson got engaged. Her engagement was one to remember. Her fiance reached out to one of her old students and they both organized the engagement. Erickson got dressed up expecting to take pictures for a friend but then walked in the middle of all her students singing Bruno Mars.

The engagement consisted of her current and previous choir students, her track students, students' families, as well as Erickson's family.

“The fact that these kids would be willing to give up their time in the summer to practice and have a proposal for their teacher blew my mind,” said Erickson. “I love having so many parts of my life all coming in together at once.”