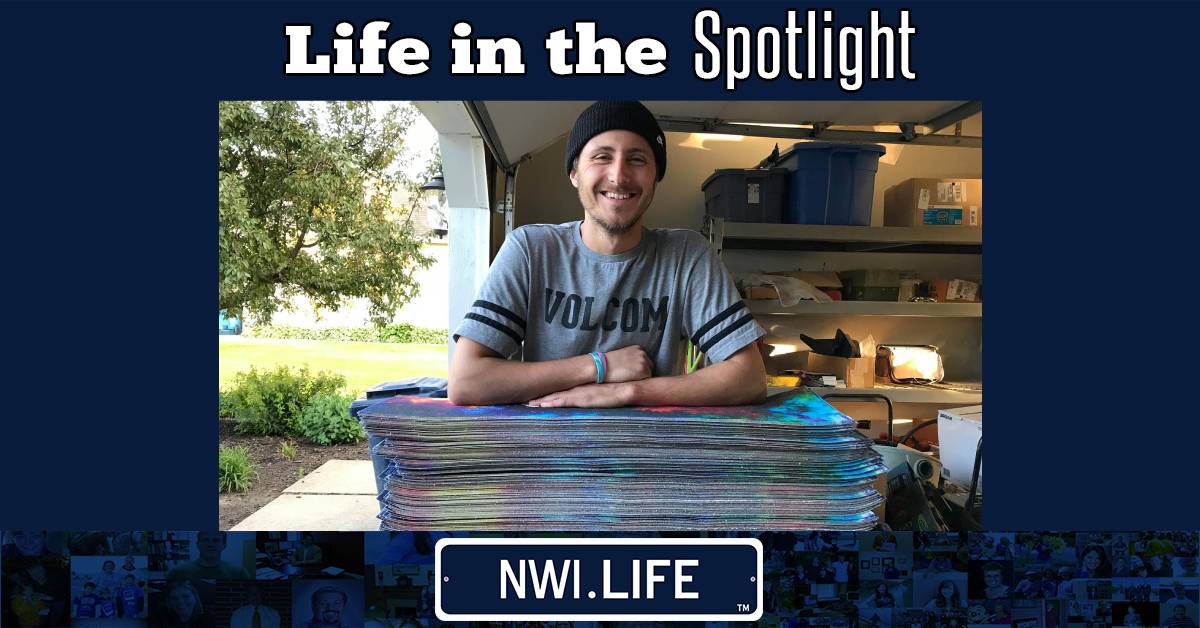 When you ask Kyle Ayling about his life story, both he and his wife say: you wouldn’t believe it if they told you. Ayling’s life also perfectly embodies the phrase: if at first, you don't succeed, try, try again.

Before Ayling got to where he is now, it was a bit of a rough road. After turning 18, he decided to move to California, and in the immediate years after that, he bounced back and forth between the West and Midwest, even living in his car for a period of six months.

“It gave me time to reflect on my life and helped me become a better person,” Ayling said. “I hope that my story can help serve as a great inspiration to others so they know, you never have to be stuck where you are.”

Ayling felt drawn to head to California for one reason: he viewed it as the epicenter for skateboarding. For as long as he can remember he has loved being on a skateboard. He used to see kids riding around his neighborhood and wanted to be just like them. One day he went to his mom and struck a deal: if he did all his homework and stayed out of trouble all year, his reward would be a brand new skateboard. At the end of the year, he got his first skateboard and has not looked back.

“I feel like when you grow up, you are expected to act a certain way,” Ayling said. “Being on a board just makes me feel so carefree, just like I am a kid again.”

The passion of skateboarding has led Ayling to where he is now, being the founder and owner of Cloud 9 Grip, a company that makes custom grip tape for skateboards. The name Cloud 9 comes from a story when Ayling was on his way to work.

“The Katy Perry song ‘Cloud Nine’ came on the radio when I was driving, and I thought about the meaning behind that song,” Ayling said. “She was singing about something that truly gave her a happy feeling, and for me, that was skateboarding. Whenever I am on a board, I am on my own cloud 9, I live for it.”

Now, Ayling has grown Cloud 9 Grip to a point where he can focus on other things, including a job at a local roofing company, which he took about two years ago after having known the owner for some time.

“The great thing about having a coach or mentor is they have already been through all the hardships and can cut some of those out in the learning process,” Ayling said. “They can see things that you can't, and that is something that everyone needs.”