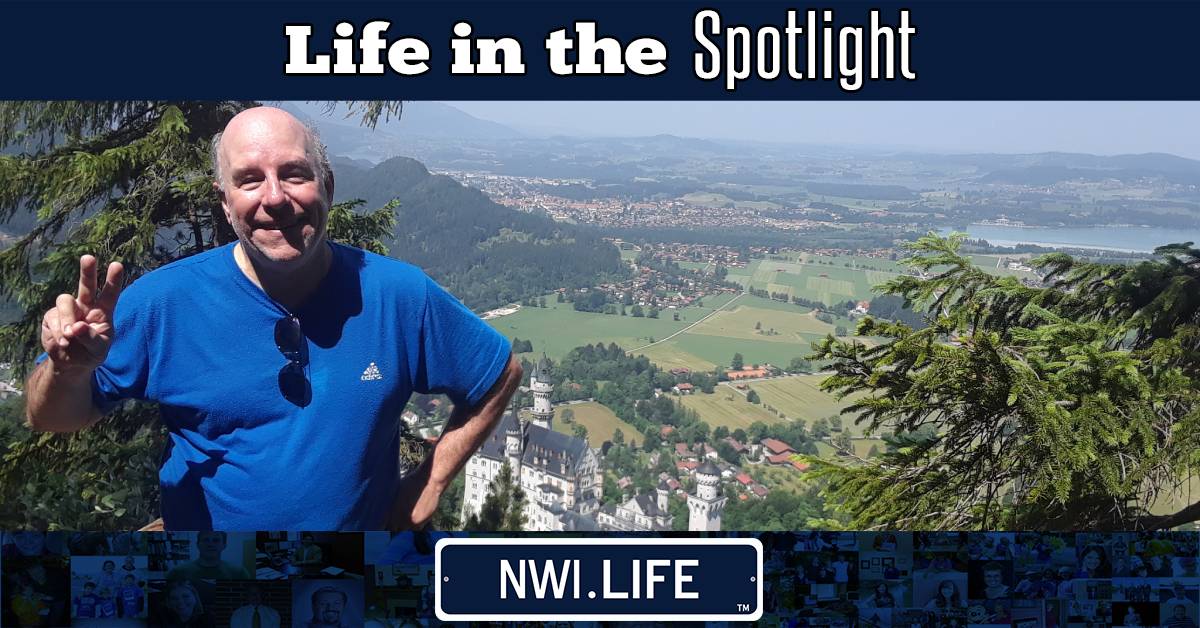 Kendal Smith, a chemistry teacher at Lake Central High School, is a renaissance man. Smith has 15 years of experience teaching chemistry and German to some of the most outstanding students in Indiana.

Before his teaching career, Smith acquired a master’s degree in business and worked as a chemical engineer. While working at various businesses, he realized that he was always explaining things to his peers and was able to help people obtain a better understanding of the task at hand. Many of Smith's friends and coworkers always told him he should go into teaching. Smith began to see it in himself, and in 1999, he began working at Lake Central High School teaching German.

German is Smith’s favorite subject to both study and teach. It also was the first subject he taught. He has grown fond of the language and reads novels and news articles in German. Smith wants more people to learn and be interested in German, so he is attempting to create a class where no other language besides German can be spoken.

“I want them to learn the same way as a baby learns a language: by listening and focusing on words,” Smith said.

Smith also has a deep passion for chemistry. Many of his former students go to some of the best universities in the country. Smith provokes curiosity in his students. He has a group of current and previous students that are working together funded by Lake Central to do research on what quantity of the population has antibodies against coronavirus. He and his team are using blood from some of the faculty at Lake Central to begin collecting data. Smith hopes that his research will be published to allow the public to see data on his fantastic enterprise.

Smith is very personable with his students. He tries to bring about the best in them on a person-to-person basis. Whenever a student comes forward with an issue, Smith always has one piece of advice: “just keep pedaling.” This is a mantra that both Smith and his students live by.

“It inspires them to keep trying and looking for answers even though those answers may be difficult to find,” Smith said.

When Smith isn’t teaching or doing research to help our world, he travels. He often travels to Germany and Austria to practice his German language skills and take in the lavish cultures that abide there. During COVID-19, he has also taken up exercising. He runs frequently and says the feeling after is exemplary.

Smith has a few people to thank for where he is now in his career and for his past. His mother, father, and brother played key roles into the development that he is as a person. He said that without them, he wouldnot be the person he is today or on the path he is on today.