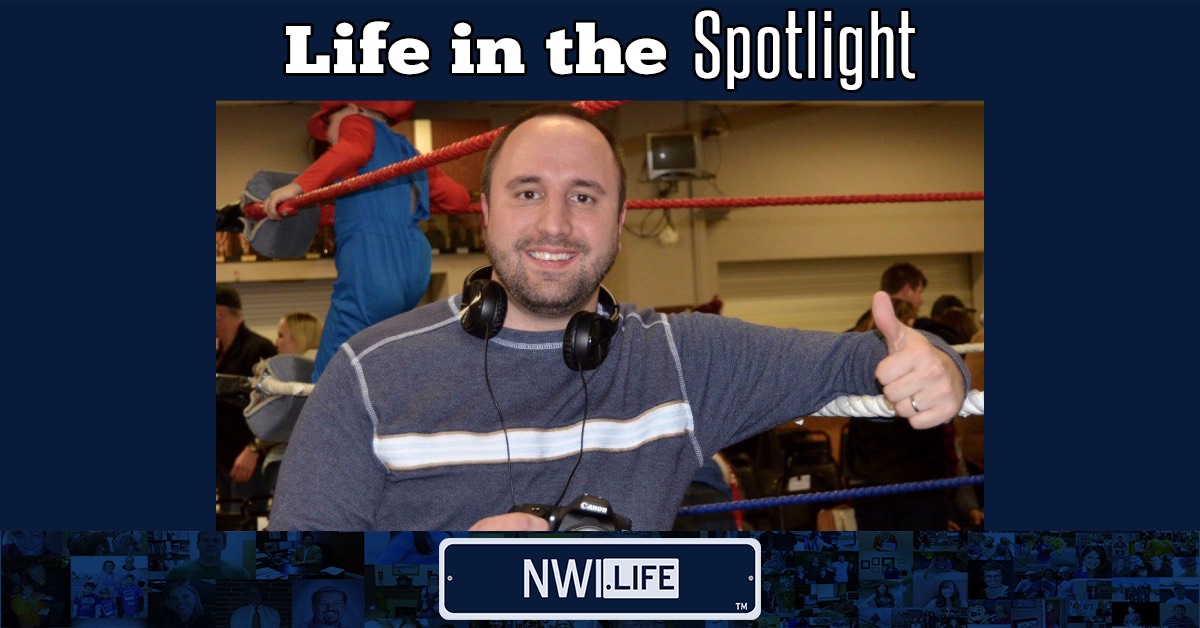 Some people have heroes and inspirations, and Josh Harvoth is no different. Harvoth is a teacher of the journalism and broadcasting class at Merrillville High School. He has worked for companies around the Region and Chicago in broadcast and in radio. He credits a few people for supporting him including Chris Locken, Mark Ciesielski, Brian Past, Chuck Pullen, Mike Bonaventura, and his grandfather who he looked up to, Edward Giblin.

“From my parents, Dale and Susan Harvoth, to my broadcast friends, Milana Walter and Carol Cooling at NBC, they have all supported me and inspired me in some type of way.”

Harvoth takes what others have taught him and applies it to teaching his students at Merrillville.

“I try to teach kids important life skills. I highlight that deadlines are important, getting projects in on time, and putting lots of pride into their work. I want kids to take pride in themselves and in their work. I want students to take responsibility, even if they don’t pursue broadcasting long-term,” Harvoth said.

Harvoth takes his broadcasting and radio experience from NBC, WJOB, and other companies he has worked for, and applies it to the work he does in Merrillville. He has also served as the PA announcer for football, track, soccer, and boys and girls basketball.

At Merrillville High School, Harvoth was also the swim team assistant coach for three years and the head coach for two years.

“I swam when I was growing up and I wanted to help when I got to Merrillville. The reason I stopped coaching was to help kickstart a video company with Matt McLindon. He and I formed a company we call Harvoth/McLindon Video,” he said.

“If anyone we know needs any video production, we always point them in the right direction,” he said.

Outside of work and broadcasting, Harvoth loves to spend time with his wife, Erin.

“My wife and I love to travel around Michigan, Illinois, and Indiana to go to different restaurants, diners, sports bars, and places like that,” he said. “I am a big-time sports fan. My wife and I like to follow Michigan State because she went there. I also love to follow pro wrestling. I like to be involved with sports as much as I can.”

Adding on to his work experience, Harvoth also used to help with a show called “Gaming Under the Influence.” He and McLindon helped run a live gaming broadcast out of Chicago.

“We did a live broadcast every Friday night out of a bar called Replay Bar. Matt and I were involved in that a lot. Sometimes my work carries into my hobbies,” he said.

Harvoth loves teaching, video projects, and helping people. “I like helping people whenever I can. I like to see everyone smiling and to promote positivity in the world. That’s why I teach and make videos. It’s to present work and help people as much as I can,” he said.

Kindness and helping people have always been a foundation in his life, and he continues to do that today.