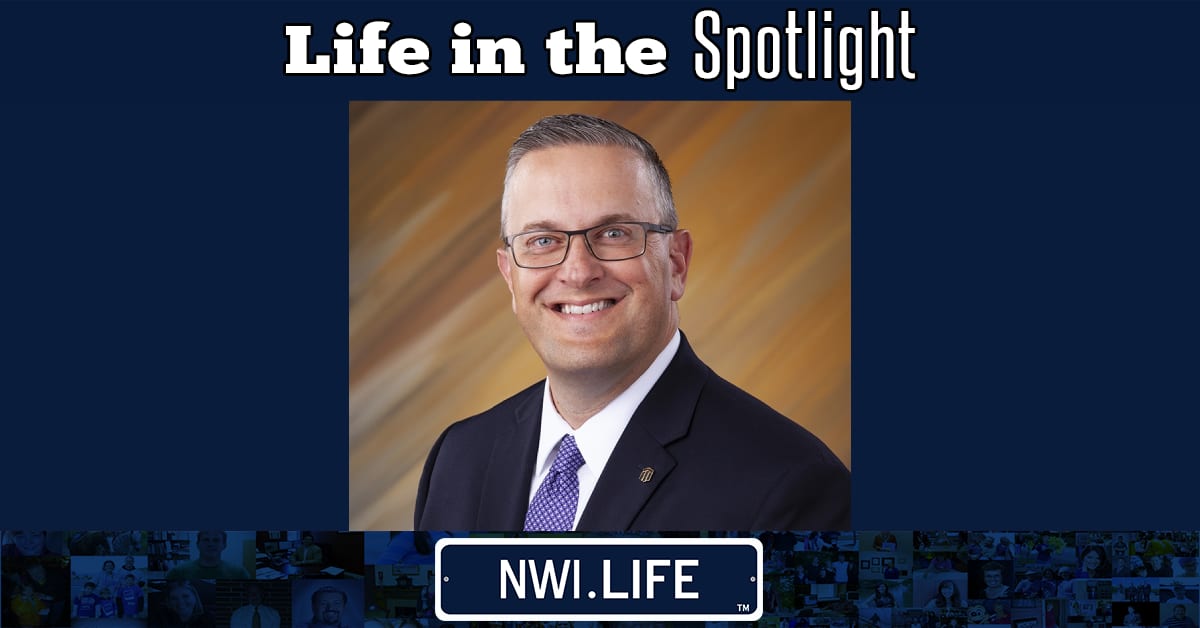 In one way or another, service has been a part of John Freyek’s life for the last 25 years. Freyek has been serving community members for 25 years in his role as Vice President and Senior Relationships Manager at First Merchants Banks in Valparaiso. For Freyek, banking has been a family trade. In choosing to pursue this industry, he has followed in the footsteps of his father, who was a banker in Lake County for 51 years prior to his retirement in 2014.

“I was raised in banking, but I was selling shoes right out of college. One day my dad asked me if I’d ever considered being a banker, and I said, 'No way, that’s what you do,'” Freyek said. “I was raised in banking, and eventually made my way back to it. In January, I’ll have been in the industry for 25 years, which has gone unbelievably fast, but it’s been very good for our family.”

Other than his father, Freyek’s biggest role model throughout his career has been his longtime boss and current First Merchants Bank Regional President, Dale Clapp.

“Dale has been my mentor and boss for 21 years now,” Freyek said. “He’s about as good a person as I’ve ever met, and a great community servant as well.”

Inspired by his own desire to give back and Clapp’s positive influence for community service, Freyek has been supporting a plethora of nonprofits in the community for 20 years. Freyek has held three separate board positions and a position as chair of a community-focused organization but eventually began looking for another way he could serve his community when a colleague suggested Opportunity Enterprises. Opportunity Enterprises is a non-profit organization founded in 1967 that strives to help individuals with developmental disabilities reach their fullest potential and live a full, enriching life.

“I took a tour of Opportunity Enterprises and absolutely fell in love with it,” Freyek said. “The staff, the mission of the organization, and what they do every day is just awe-inspiring. If you have an opportunity to be a part of something like that you should absolutely take it.”

Most recently, Freyek decided to run for the Crown Point School Board, adding to the growing list of ways he makes a difference in his community.

“I felt the continued need to serve in some capacity, and the school board seemed like the best way for me to do that,” Freyek said. “I’ve got four children in the school system; one who graduated in 2015 and then three more that are part of the classes of 2028, 2031, and 2032. By running for this position, I’ll have an impact not just on my own kids but on all the kids in the district, and I would love to fulfill that need.”

When he’s not being an advocate for positive change in the community, Freyek enjoys working out, taking walks with his wife, and spending time outdoors when he can, but he always keeps his service in the back of his mind.

“My life really revolves around the work that I do, both with my own career and the nonprofits that I volunteer for,” Freyek said. “I also have three very active elementary school kids who are always signed up for something, and I’m a grandfather now as well, so it’s been a pretty busy but fulfilling life for me.”

Whether he’s serving others in his role as a banker or through his community volunteerism or being a pillar within his own family, Freyek values every role he plays in making someone else’s life better.

“I love helping people and taking a problem and turning it into a unique solution,” Freyek said. “I love dealing with small business owners and entrepreneurs, or anything that allows me to be a part of something larger than myself. It’s always exciting for me to have someone’s dream presented to me and figure out a way to make it a reality.”