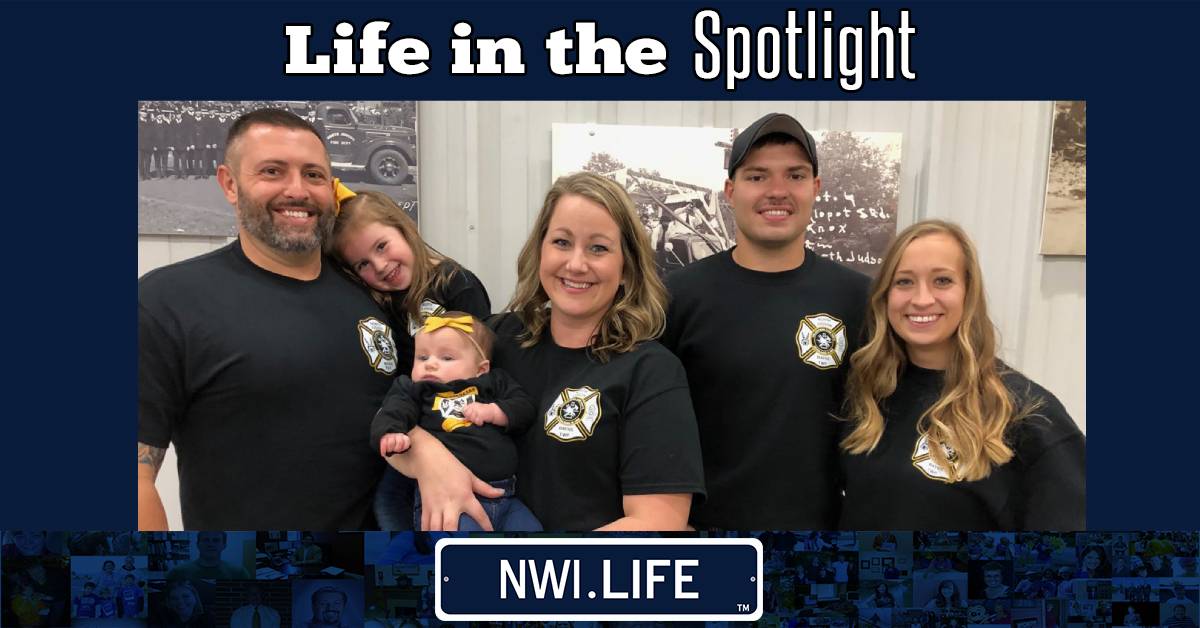 It’s hard to think of anyone embodying everyday heroism more than volunteer firefighters. For little to no financial reward, they put their lives on the line to save others in communities that depend on their heroics. Joe Leszek, a volunteer firefighter for 16 years who also serves as the fire chief at the North Judson Volunteer Fire Department, is one such hero.

Originally from Chicago, his family moved to North Judson when he was six and then later to the Hobart area. He returned to North Judson after graduating from River Forest High School and gradually found himself getting more involved in the community.

“I started out volunteering as a coach for various organizations. Before my son was even born I was a Pop Warner football coach,” he said. “My volunteerism all really started over on the athletic side.”

One day, a family friend, who was already a volunteer for the North Judson Fire Department, told Leszek about a vacancy on the squad.

“They thought I’d be a good fit, and at that point, I’d never really given the idea of firefighting a lot of thought,” Leszek said. “I thought it over and decided it would be another way to continue my volunteerism and help out my community. I put in an application, was accepted as a probationary member, and the rest is history.”

He loved the work and the team, and quickly found himself moving up in the department and was promoted to assistant captain. Leszek particularly enjoyed training new members, so he set his sights on the captain’s role where he’d get to head the training program. The rest of the department had a different idea in mind.

“I’d been on the department for about six years when I was approached by quite a few members, as our then fire chief was leaving the department,” he recalled. “They asked me if I’d run to be chief, and I did it kind of reluctantly at the time. I’ve been the chief ever since.”

Leszek fashioned himself into an effective leader. Since he took over, the department has added four new trucks and fields hundreds more calls – almost a call a day.

“My philosophy is to make sure that everybody in the department has their voice heard. I’m not a dictator,” he said. “We work like a democracy, once the majority of the department agrees on a vote, we move forward. Everybody’s really embraced that, and it’s amazing to see the buy-in from all 25 of our members.”

Working with those members who volunteer their time and safety remains Leszek’s favorite part of the job.

“This is an outstanding group of selfless individuals whose volunteerism is second to none,” he said. “Working with this family is my biggest joy. It takes a special person to be a firefighter. They’re giving up personal time and family time. When their pager goes off they don’t know if they’ll be back home in 20 minutes or six hours, but without even thinking, they’ll drop whatever they’re doing to go and help.”

His years in North Judson have taught Leszek that the spirit of volunteerism, while strong in the department, is something the entire community shares.

“One of the great things about our community is how quickly we band together in difficult times. Just look at things right now with the pandemic,” he said. “It’s just amazing to me to see how people that don’t even know each other are taking part in this outpouring of support whenever they’re called upon.”

In his free time, Leszek enjoys spending time with his family including his wife, Laura Leszek, their two daughters, Marley and Indy, and their son, Keaton who is engaged to Jamie Dykstra.