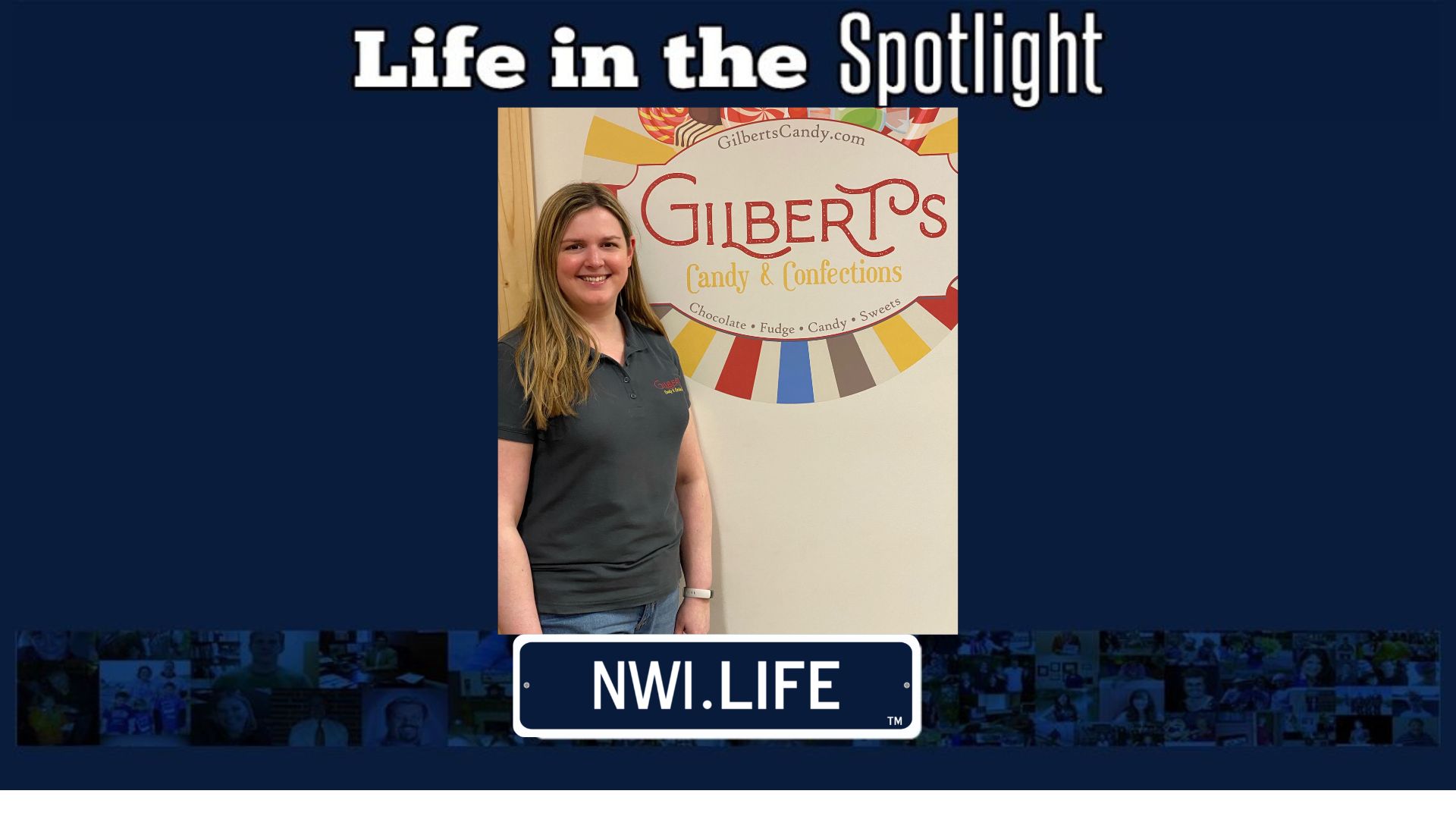 Jennifer Gilbert, co-owner of Gilbert’s Candy and Confections in Chesterton, Indiana, resides in Portage, Indiana with her husband and two children.

Gilbert majored in journalism and graduated from Northwestern University in 2005. Upon graduating, she became an assistant editor for Candy Industry magazine, which is a trade magazine for candy manufacturers.

“Every month, I would go to a different candy company,” Gilbert said. “I would tour their factories and see how they made everything. They walked me through the process of making some of their candies.”

Gilbert typically visited smaller companies, a lot of them being family-owned businesses. The business owners would send Gilbert home with samples of their candy and by doing this, she learned how candy was made. Gilbert and her husband, David, got married in 2006 in Mackinac Island, Michigan, which is home to world-famous fudge.

“We talked about someday retiring up there and opening a candy store,” Gilbert said. “Mackinac Island is big on fudge, but they don't necessarily have a street candy store.”

During COVID-19, Gilbert and her family were looking for things to do, especially with having two young children.

“We started making hard candy at home with kids almost every night,” Gilbert said. “We were trying out different flavors, colors, and techniques like making shapes with the hard candy. That was our first time doing anything with our candy.”

Making candy at home became a fun way for the family to get creative during the pandemic. Gilbert and her family also enjoyed putting puzzles together, which sparked an idea from her daughter.

“The puzzle that we did was a plain old-fashioned candy store,” Gilbert said. “Our daughter said ‘we should open a candy store!’ because we've making candy at home. That has always been something that we talked about, and we're just like, why not?”

When Gilbert and her husband are not working at the candy store, they like to watch movies and play board games with their children.

“They're 10 and 14 now, so finding stuff that they both want to do together with us is important,” Gilbert said. “With the little bit of time we do have, we try to make sure we're spending it together as a family; Even though our kids are with us in the store all the time, that's different when you're there and working versus having time at home together.”

Gilbert’s goal for Gilbert’s Candy and Confections is to make it an experience for guests from all over.

“I remember seeing pictures of people's Christmas mornings, and they tagged us in it, and to me, that's so incredibly special to be part of someone's Christmas morning,” Gilbert said. “We've had someone say, ‘every time we travel, we find a candy store to go to and it's cool to think that now we're part of their tradition.”

For more information on Gilbert’s Candy and Confections visit: https://gilbertscandy.com/