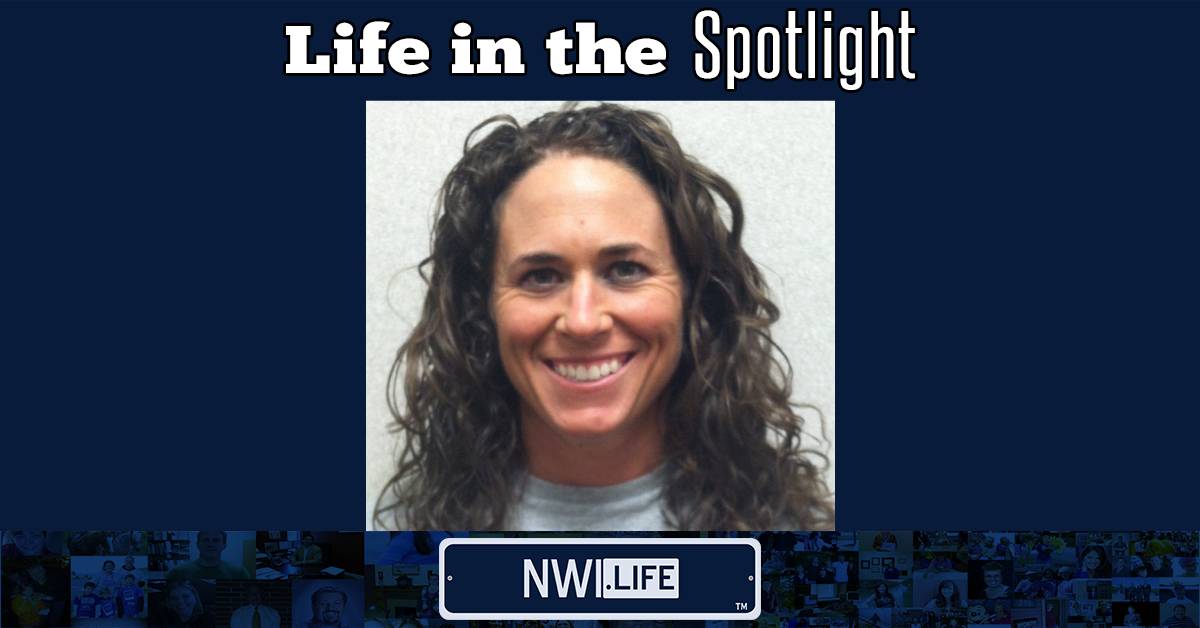 ‘Never settle for mediocrity’. Jeanette Gray, the first woman to coach high school varsity football in the State of Indiana, received that advice over 20 years ago from her 7th grade basketball coach, and has carried it with her ever since.

Now a decorated multi-sport athlete, influential conference mentor, and high school math teacher, it’s clear that the Lake Central High School track and football coach took those words to heart, and her life has been anything but mediocre.

“For me, playing sports and being active has just been a normal part of life,” Gray said. “I love to compete and challenge myself to get better at something every day.”

In the typically male-dominated sports coaching field, and for football in particular, this title inevitably makes Gray a trailblazer for other women coaches, though she wasn’t looking to make a statement when she took the job.

“I didn’t do it to be the first, I did it because I wanted to coach and I love football,” Gray said. “It’s humbling, but I don’t think about it too much; I just go in everyday and do the best I can.”

“The best part about coaching is the kids, watching them change and grow from where they started as freshmen to where they finish senior year,” Gray continued. “I had a shot put girl go from not making it out of sectionals freshman year to finishing 3rd at State as a senior! Things like that are really cool to see.”

Gray also serves as a positive influence to her students off the field.

“I never thought I would be a teacher growing up, but I genuinely enjoy being in the classroom,” Gray said. “I think it’s just what was meant to be for me.”

Playing varsity basketball, volleyball, and softball throughout high school and going on to have an outstanding college basketball career, Gray earned herself a slew of awards, records, and even a Hall of Fame induction in 2009.

With such incredible success in her high school and collegiate careers, it’s not surprising that Gray would continue to pursue sports after college, this time in the sport that captured her heart since childhood: football.

“My dad was a football coach and my uncle played at Notre Dame in the 70s, so I grew up wanting to play football,” Gray said. “I was a football player for Halloween for I don’t’ know how many years in a row, and my dad would bring home equipment that I’d put on and play with for hours! I always wanted to play, there were just no opportunities to do that at the time.”

That opportunity came in the form of a flag football league on the south side of Chicago, which Gray joined expecting a recreational squad that met once or twice a week. Little did she know that it would lead her to the opportunity of a lifetime.

“We were out practicing one day, and the owners of the Women’s Football Alliance (WFA) Chicago Force team asked me to come try out,” Gray said. “I ended up making the team and spent the next eight years traveling the world playing professional football. I had a great career, and it changed my life.”

Gray has since retired from the WFA, but her athletic career is far from over. She decided to continue her journey as an athlete by entering the world of cross fit, and recently participated in her first competition about a month ago.

“I love the grind of competition,” Gray said. “Even when I don’t win or do as well as I’d hoped, I love hitting the weight room by myself and just putting in some good work; I still do that to this day.”

Gray’s parents have been a huge influence on who she is today, and how she’s developed as both an athlete and a person.

“My parents have always been people I admire,” Gray said. “They instilled in me the mentality of ‘whatever I’m gonna do, I’m gonna work hard at it’.”

Gray’s impressive track record speaks for itself, and serves as an inspiration to athletes everywhere. Fighting the many misconceptions and labels placed on girls in sports, Gray has a message for any young girls looking to shoot their shot in a male-dominated field.

“I hope as a little girl, no one tells you no because you’re a girl,” Gray said. “Whatever you conceive to be in your mind, just go do it! The more female role models we have in leadership positions, the more we can inspire young girls to be like that.”

Editor's Note: Jeanette Gray was first featured in 2012 as part of the Valpo Life in the Spotlight series. Since then, her accolades have continued to grow and we are pleased to bring you this update to her story.