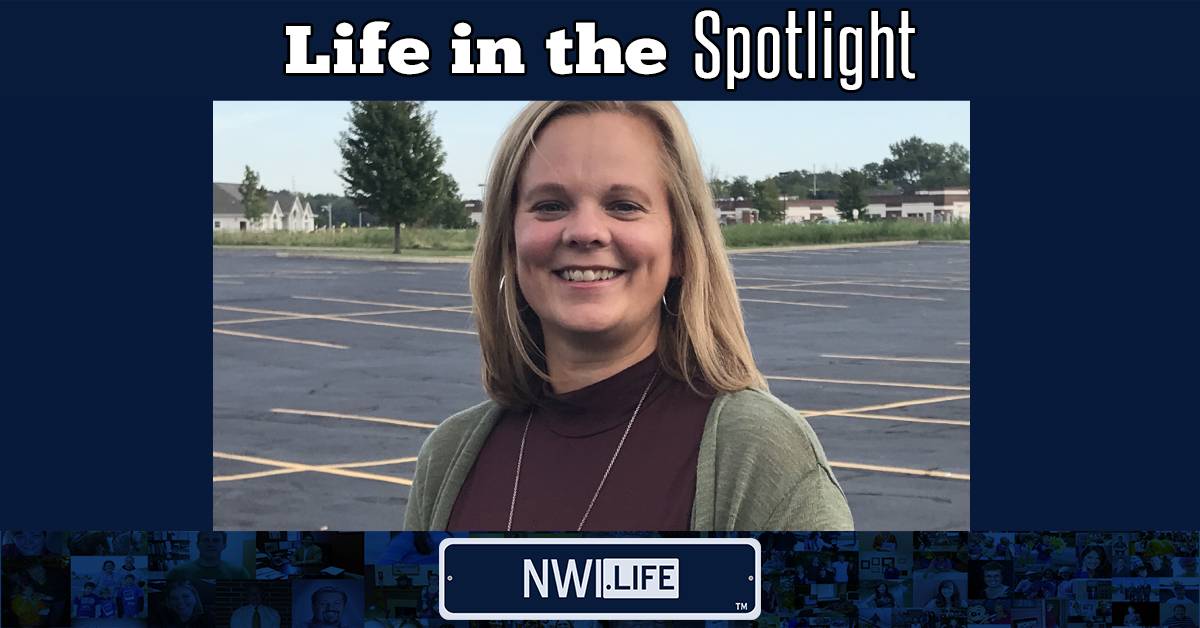 “She’s just a good woman who is trying to become a better woman while empowering the next woman.” This is just one of Jacqueline Weber’s favorite quotes. Oddly enough, these words perfectly capture the woman that Weber strives to be every day.

Weber, of St. John, serves as Director of Development for Girls on the Run of Northwest Indiana, an organization that aims to empower young girls by teaching them valuable life skills through the sport of running.

“A recent study actually showed that girls’ participation in sports after age 10 is really plummeting, and with 50 percent of girls ages 10-13 experiencing some type of bullying, this is also happening at a time when their self-esteem starts to take a hit as well, ” Weber said. “Girls on the Run gives girls the tools they need to learn how to manage pressure, gain confidence, and stand up for themselves in all aspects of their lives. That’s what I love about this program. It shows them what empowerment looks like starting at a young age.”

Weber has witnessed the transformation of countless young girls in her three years with GOTR and says seeing them grow is one of the best parts of what she does.

“I had a girl one year who started the season with very low confidence, low fitness level, not a lot of friends,” Weber said. “Over the course of the program, we taught her the skills of taking a breath, expressing and believing in herself. By the end of the season, she completed the entire celebratory 5k shouting ‘Coach look what I did!’ through the finish line, and my heart was just exploding!”

A lifelong runner herself, Weber said she knew GOTR would be a perfect fit for her from the start.

“Running is something I’ve been involved in from a young age,” Weber said. “I was always inspired by my other brother because he would run to school instead of taking the bus. I really looked up to him, and he inspired me to give running a try.”

It didn’t take much for Weber to get hooked on the runner’s high, and she ended up running competitively throughout high school and college.

“I was a sprinter in track but still ran cross country as well to stay in shape year-round,” Weber said. “The 400m was my favorite race, and I went to the National Championships for it my sophomore junior and senior years at Augustana.”

After college, Weber kept her passion for running, completing a half marathon. It was during the training process for this race that she met Jodi Aurand, Program Director for GOTR. The two got to talking, and Weber soon began her work as a GOTR volunteer, which eventually lead her to a full-time career with the organization.

“I remember Jodi telling me about an opening for Volunteer Coordinator that had come up,” Weber said. “I just knew I had to apply, and as soon as I sent in my application Jodi said to me ‘I was waiting for your resume!’”

After completing her half marathon, Weber began training for her first marathon, a bucket list race she originally only planned on running once.

“Of course, one turned into two and I just couldn’t let it go,” Weber said. “I’m now training for my 8th marathon this October. There’s something about the adrenaline of competing that I just can’t get enough of. My children call me Michael Phelps because I keep saying I’m going to retire my racing shoes but just keep coming back for more!”

The lessons Weber has learned through running are invaluable, and she translates that to others any chance she gets, especially her children.

“When the pain of the race sets in you really have to have a mantra for yourself, something to keep you going and remind you what you’re capable of,” Weber said. “My go-to mantra is ‘I am strong.’ When I make my daughter Marie’s lunch, I’ll always write positive self-talk on the lunch bag, things like ‘you are strong, you are confident, you can do this’. I always want her to think of herself as an intelligent and capable woman.”

Weber’s daughter is following in her mother’s footsteps and is running cross country and track for Clark Middle School in Saint John.

“I absolutely love watching her race,” Weber said. “There’s something about seeing your daughter competing that makes it extra special as opposed to when you’re running yourself; there’s a different joy to it.”

Weber has also impacted the community through various acts of volunteerism, serving as a mentor for runners completing a half marathon and helping out with Meals on Wheels.

I think everyone should volunteer and get involved in their community in some way,” Weber said. “Not only are you helping the community, but you may find your passion along the way.”

You can catch Weber at the Chicago Marathon on October 13, putting her years of running experience to the test once again for marathon number eight!