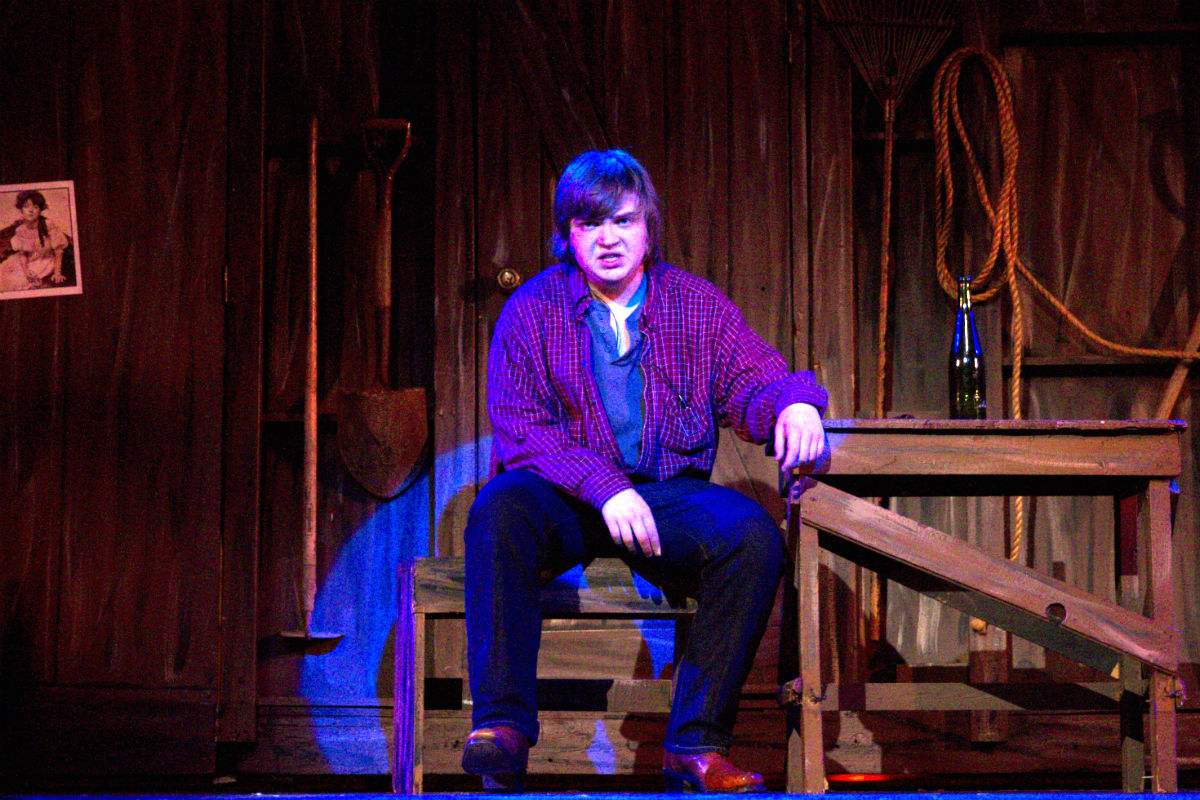 Jacob Reinhart is a rising star in the high school drama scene, with plans to keep going well after graduation. Recognized both at his own high school and regionally for his ability to fall into the role of a character, Reinhart currently works to balance his drama activities with his school work.

"It definitely appeals to me," Reinhart said. "There's a lot of things that I'm not good at expressing. When I act, I feel like I'm taking those feelings I can't express, and putting words and actions to them. A lot of people say 'become your character', but I like to make my character become more of me."

During his Sophomore year, Reinhart was awarded twice for his roles. At the regional festival, he received the 'Star in the Dark' award for portraying Dr. Strauss in Flowers For Algernon, a character who begins the play seemingly knowing everything but becomes less capable as the main character, Charlie, grows more intelligent. Within his own drama club, he was recognized for his work in the musical Oklahoma!, playing the tragic antagonist Judd.

"I got Best Supporting Actor," Reinhart said. "It was voted on by the entire drama club, and the club consisted of a good twenty or thirty people and there were others who were nominated as well. I didn't know anyone in the club very well, so it was special when they gave me the award. Judd is a character that I found easy to play. I relate a lot to him because he's misunderstood and people don't always understand that. I have good intentions but don't always act on them well, and I guess Judd and I have that in common. It was the first time I tried singing. Everyone liked it, and it meant a lot."

While Reinhart wants to dedicate as much of his time as possible to drama, the problems of real life do cause issues. Schoolwork, as it does for many students, can get in the way of Reinhart's passions.

"I have no doubt that that's what I want to do when I get older," Reinhart said. "The things that bothers me is the time it takes. Real world gets in the way, so it's hard to keep your GPA up while trying to do your best in a show. It's really time consuming. In a few months we'll get to the time of the year when I'm at school from six in the morning to nine at night. I want to invest all my time in theater, but the way the world's set up you just can't."

Reinhart believes that people should take what chances they can to see live theater. The shows represent not only a fun artistic event, but the presence of an audience actually impacts the performance itself, meaning that an audience not only watches a play, but assists in making the show what it is.

"More people should come and see community projects," Reinhart said. "Even if it's just the highschool's show, seeing people in the audiences gives you hope that you can actually do something when you're older. If more people saw what all these communities did... we have this image in everyone's mind that we're all these weird, moody teenagers trying to fit in, but it's a very accepting group... Being part of community in something other than sports can help us get in touch with our emotional sides when it comes to theater."

Beyond highschool, Reinhart plans on pursuing theater in college, stating that even if he doesn't act himself the degree will be helpful for many other things, such as teaching other people how to act or becoming involved with the technical work that can help other people to enjoy the show. Meanwhile, he continues to work on his own acting projects. So far this year, Reinhart has performed in Spamalot twice and has his eyes set on A Midsummer Night's Dream and the comedy Batman, a show he performed in once before as Robin, sidekick to the famed crimefighter.

"I think we could bring home the best show award and perform at the state level," Reinhart said. "We're making little ripples in the theater community because we're climbing up right now."