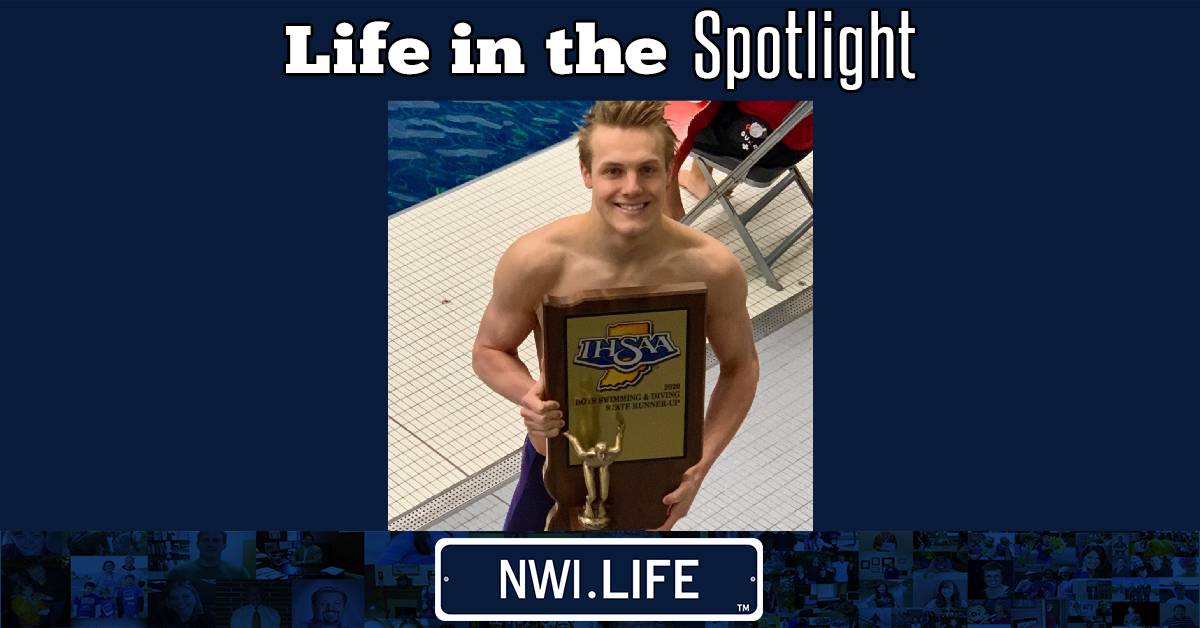 Holden Raffin could be called a true champion in the making. An avid competitive swimmer, the Munster High School student has been ranked one of the top 100 backstrokers in the country. In addition, this year he has ranked in the Top 100 in the World for 18 and under swimmers. He’s finished off his high school career by helping his school obtain team State Runner-Up at the recent IHSSA State Championships.

“I’ve been swimming since I was 7 years old,” Raffin said. “Ever since I could remember, I’ve always had a passion for it.”

Raffin was inspired by Michael Phelps, especially after he won gold medals during the 2008 Summer Olympics. Previously, he would casually swim at the Munster Community Pool but after seeing Phelps’ accomplishments, he knew what he wanted to do.

When it comes to swimming, Raffin said he focuses on training his mind as much as his muscles. He has to compose his thoughts when both training and competing, and he thinks about all of his family and friends while doing so.

“Both physically and mentally, swimming is a brutal sport,” Raffin said. “You have to perfect every movement, every stroke, every breath, and so on. Coordination and focus is the key. It may be tedious, but once you improve the results are incredible.”

He also commented on how his swimming endeavors have changed his perspective on the world.

“I have to keep reaching higher, because now I’m competing with people around the world,” Raffin said. “It really puts into perspective how many people are trying to achieve the same goal as you.”

Raffin said his parents have always pushed him to do his best and reach his fullest potential. He also says his swimming coach Matt Lee, who has been with him since he began his swimming career, and his teammates are also major positive figures in his life.

“I’ve always had great positive reinforcement in my life,” Raffin said. “I’ve always been in an environment where people help each other out and support one another.”

Raffin has committed to University of Southern California, and is looking forward to continuing his swimming and academic career there. He will be majoring in Business Administration.

“Life has been a journey. You think about all these people who have supported you along the way and it’s really special to see how much they have impacted you. In my case, this especially applies to my teammates. I’m extremely proud of them all; we overcame a lot these past couple of months.”