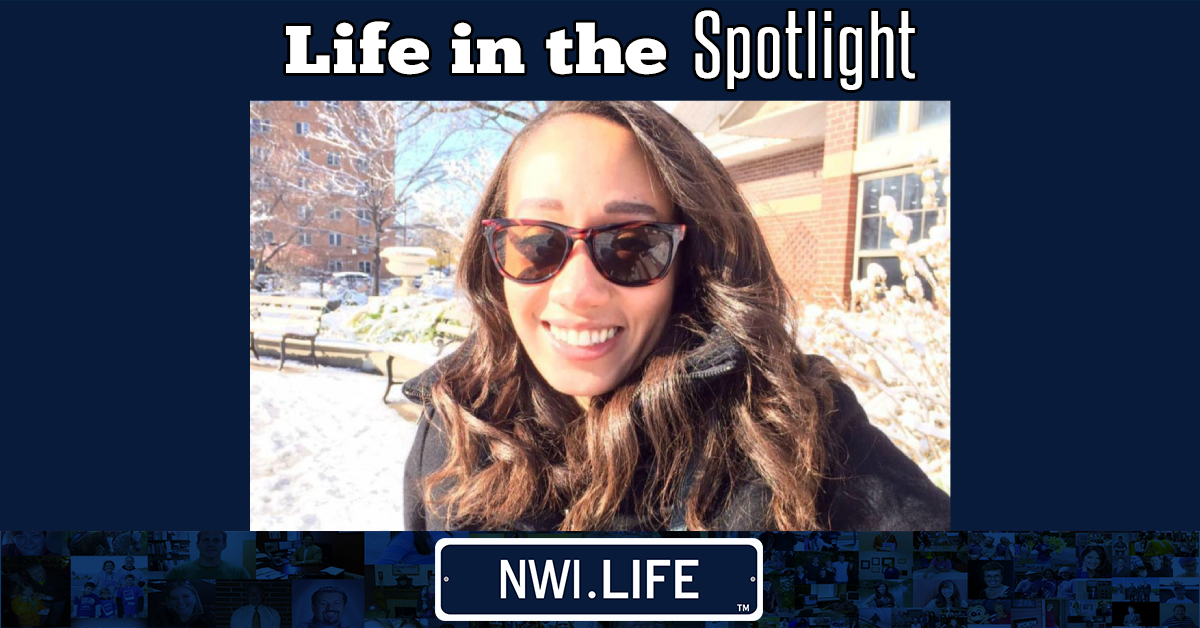 It’s not every day that you meet someone who is not only great at what they do, but is also deeply passionate about the difference she makes. Currently the Director of Marketing and Communications for the Legacy Foundation, Erica Fizer has always been involved in her community.

While a student at Merrillville High School, Fizer was actively involved in STAND (Socially Together and Naturally Diverse), her dance team, as well as other service organizations. After high school, she attended Indiana University Bloomington where she enrolled in the Ernie Pyle School of Journalism, completing her bachelor’s in 2010.

“Journalism interested me because of the storytelling aspect of it. I think that stories have real power to change people’s behaviors, and make us more informed as a society,” Fizer explained.

After graduation Fizer accepted an internship with the Chicago Children’s Advocacy Center, an organization that helps children who are recovering from abuse. This experience was one of her first professional experiences in the nonprofit sector and was deeply influential in determining Fizer’s career path. She went on to complete a master’s degree in Human Services with a certificate in Nonprofit Management at Indiana University Northwest, officially uniting two of her passions: storytelling and service.

“I’ve always been involved in my community growing up through volunteering, so it was a natural transition for me to learn more about how I could apply my journalism skill set to nonprofit work,” said Fizer.

While in graduate school, Fizer took on an internship with the Legacy Foundation where she was responsible for promoting the 21st Century Scholars program. After a year in that position, she was promoted to Program Officer and Scholarship Administrator. In 2016, the Legacy Foundation was restructured and Fizer found herself at the head of the new marketing and communications department.

“Once we restructured with new leadership, there was emphasis placed on getting greater communication...and [establishing] more awareness of what Legacy Foundation does,” she said. “Stories can be such a powerful tool for impacting our donors and impacting the communities that we serve, so it’s really important that we are not only getting our messaging out, but that we are helping to support the organizations that we fund with our grants.”

The Legacy Foundation keeps Fizer busy; nevertheless, she still finds the time to be very involved outside of work. In her free time, Fizer enjoys exploring Chicago restaurants and attending local performances. Back in Indiana, however, she is fully committed to a group called Indiana Blacks in Philanthropy (IBIP).

“We work to make sure communities of color are more represented when we discuss philanthropy in the future. It will come as no surprise to anyone, I think, that foundations across Indiana and across the U.S. are not representative of the communities they serve,” Fizer said. “This group makes sure [that] donors of color are included when we talk about what the typical donor looks like or contributes, [that] there’s a pathway for students of color to get staff roles at foundations and in philanthropy work, and that people of color have a voice in how philanthropy is invested in their community. Those are all really important to me.”

Fizer approaches her service and her career with so much passion, using her talents, education, and experiences to improve the lives around her. With an exciting year ahead, she is prepared to make an even bigger impact, improving the lives of Lake County residents one story at a time.