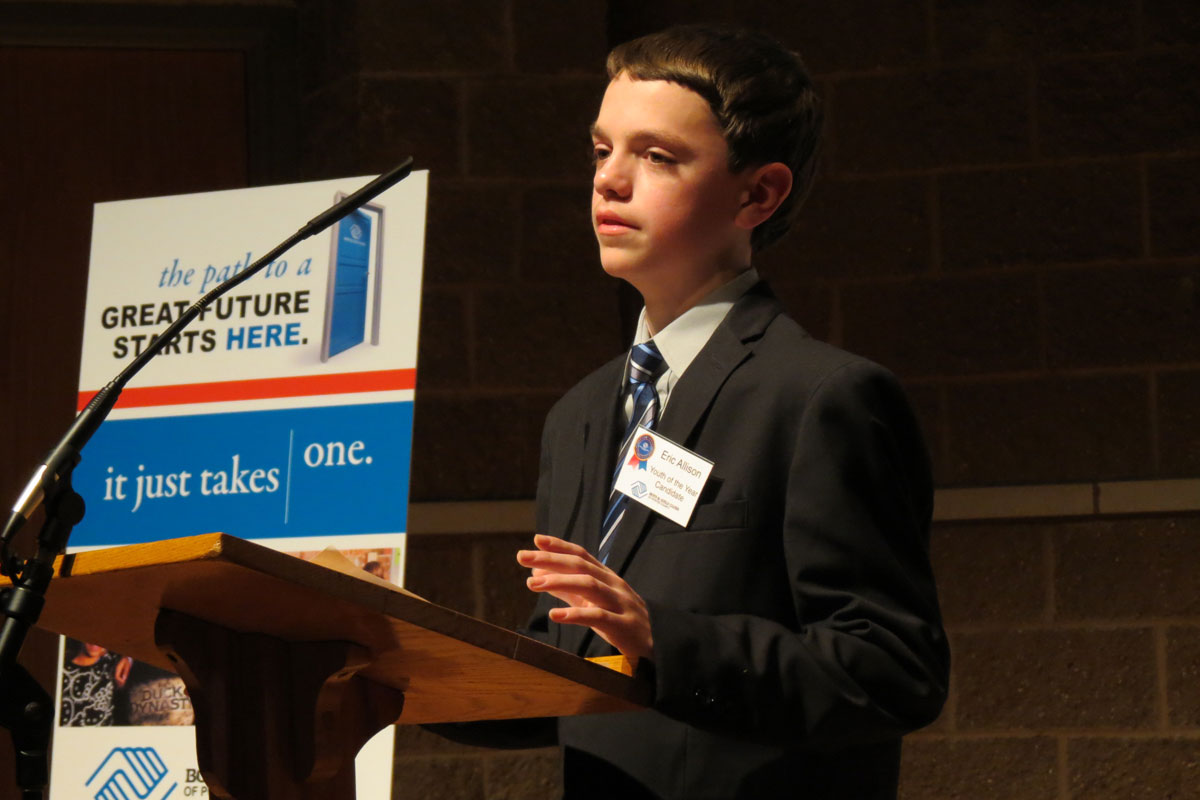 The Duneland Boys and Girls Club Youth of the Year title for 2015 was given to Eric Allison. Allison is a freshman at Chesterton High School and is the second youngest in a family of eight. When he became involved in the Boys & Girls Club, it truly was a family affair! Allison has made quite the impression on his fellow clubbers; his positive interactions and friendly attitude are two contributing factors as to why he was nominated as Duneland’s Youth of Year. Allison also manages to bring his enthusiasm and creativity to his church youth group, something he genuinely enjoys.

Not only does the Boys & Girls Club serve as a creative outlet, but it also provides children and teenagers with the opportunity to interact with new faces. This can be exciting yet intimidating.

Although he is only a freshman in high school, Allison’s sense of responsibility is what makes him stand out. He assumes the role of welcoming new members and befriend them. His ability to make others feel comfortable in a new situation illustrates his maturity.

“As the Duneland Club’s Youth of the Year, I’m certain that I will have lots of opportunities to help club members and hopefully get more involved in our fight against minor alcohol consumption," said Allison.

A strong leader is one who gets others excited, and Allison has managed to do that through his work within the club. He is involved with the club’s Tobacco Advocacy Group and has contributed greatly to it. His young yet brilliant mind never fails to amaze those whom he interacts with.

Allison believes that the most rewarding experience he’s had at the club is seeing others excel in education with his help. He’s also been able to witness himself grow both intellectually and internally. Allison was never aware of the influential role he could play in the lives of others until he joined the club.

Allison’s ability to garner support for important causes through collaboration and communication is admired by many.

“If I had to pass on one thing to younger clubbers, I would say that they shouldn’t have to worry about being different than others and that they should want to be themselves,” said Allison.

Allison plans on staying involved with the club and potentially working as a volunteer when he’s an adult. Through his work in the club thus far, he’s been able to make a positive difference in the community.

Keep up the good work, Eric! You have a bright future ahead of you.