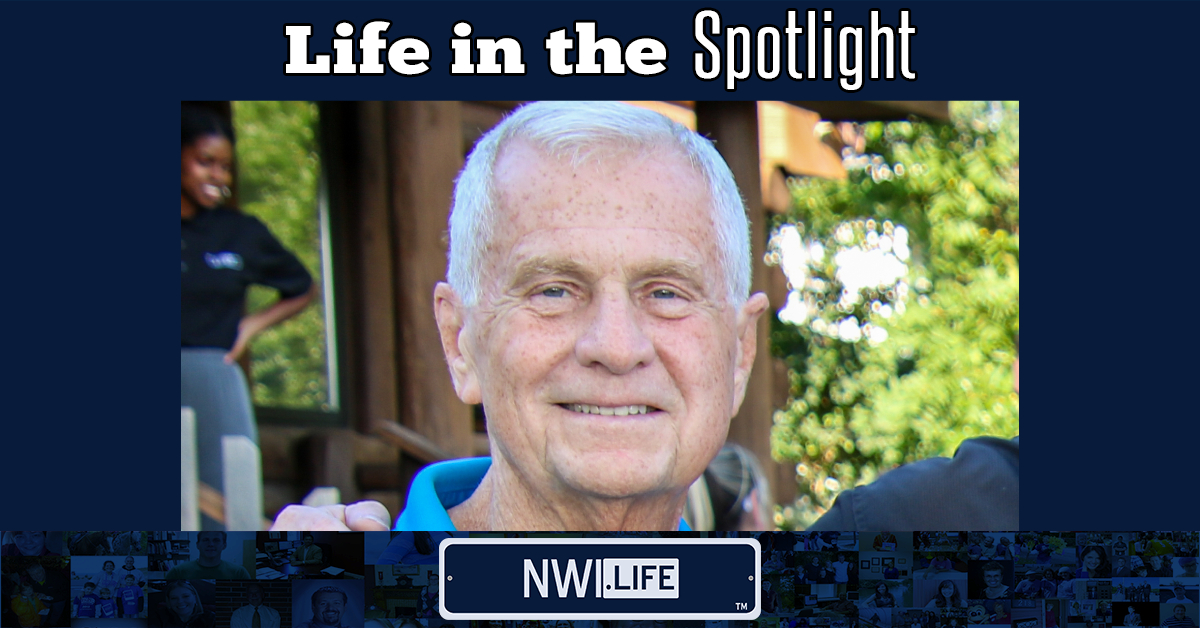 “No matter what business we’re in, we’re in the business of relationships,” said State Senator Ed Charbonneau. “If you just treat people nicely and fairly and be a good person, it’s a lot easier to do things.”

Charbonneau, the father of two and grandfather of seven, knows a little about being around people. “People will respect you and value your experience and background. If they believe you know what you’re talking about, it travels a long way helping you do whatever you’re doing. I don’t like the term politics and I try never to use it,” he said.

Charbonneau’s core family begins with his wife of 47 years, Sharon, and branches out to the kids and grandkids from there.

“Being so close to our grandkids - we can’t appreciate enough what it means to have them living where we can see them pretty much whenever we want,” he said.

His daughter, a mother of five, lives near her parents in Valpo, and his son lives on the Lowell farm that’s been in Sharon’s family for more than 100 years.

“Years ago, they raised all kinds of livestock,” Charbonneau said, “but not anymore. Now they have a herd of cats!”

Some would describe dealing with the government as “herding cats,” but as Charbonneau noted, it’s just about relationships.

“Government is very big, and it can be intimidating for most people to deal with that,” he said. “Who do you call? The part I really enjoy is when somebody calls and says they have a problem and we can help connect them to the right people to help them solve it.”

One way Charbonneau is using his resources and opportunity to help people is by chairing the Indiana Senate Committee on Health and Provider Services. Charbonneau built his real-world healthcare experience at his previous job, President & CEO of Methodist Hospitals.

The curriculum vitae of Charbonneau’s life begins where he grew up: Gary.

Charbonneau worked summers as a laborer at U.S. Steel, and his first fulltime job was as a clerk there. Charbonneau and his young wife moved around the country for his job while he was in law school, and eventually he found himself running their arbitration staff.

“I did a lot of negotiating contracts with the unions,” Charbonneau said of his 36-year tenure in U.S. Steel executive management. “Integrated Steel went bankrupt, but U.S. Steel did not. I’m very proud that none of our pensioners has ever lost a penny of their pension.”

Viewing his corporate job as a means to help people has translated easily over time. After retiring from U.S. Steel, Charbonneau served as the President & CEO of the Northwest Indiana Forum for a couple of years before taking his expertise to Methodist Hospitals.

“I’m passionate about what I do, being able to help people in need,” he said. “In the end it doesn’t have to be a major thing, although there are major things at times that we’re able to help with. But when people are overwhelmed, it feels good to be able to help them.”

Now in a public role, Charbonneau continues to view himself in the business of people. As he recounts the path of his life, Charbonneau sees himself as a mosaic of the people he’s met – the people he has helped and who have helped him – along the way.

“There’s no other way to say it,” Charbonneau said. “The business of people is a good business to be in.”

He returns to the idea that politics is just a negative term for relationships, adding that “long after people forget what you said to them, they remember how you made them feel.”

When speaking to students in local schools, Charbonneau speaks of the virtue – and benefits – of treating people well.

“If you’re a terrible person with all the degrees in the world, it won’t mean as much as being a kind person who doesn’t have as many credentials,” Charbonneau said. “How you treat people determines how far you can go in life. Doors really do open for the person who treats people with respect.”

Despite his scorn for the term “politics,” Charbonneau insists he is very thankful for the opportunity to serve his constituents. He understands that government is sometimes too big to navigate, and relishes every success he has in helping.

“It’s a lot of work, but it’s our system,” Charbonneau said. “And it’s better than shooting each other in the street or having duel to decide who wins.”