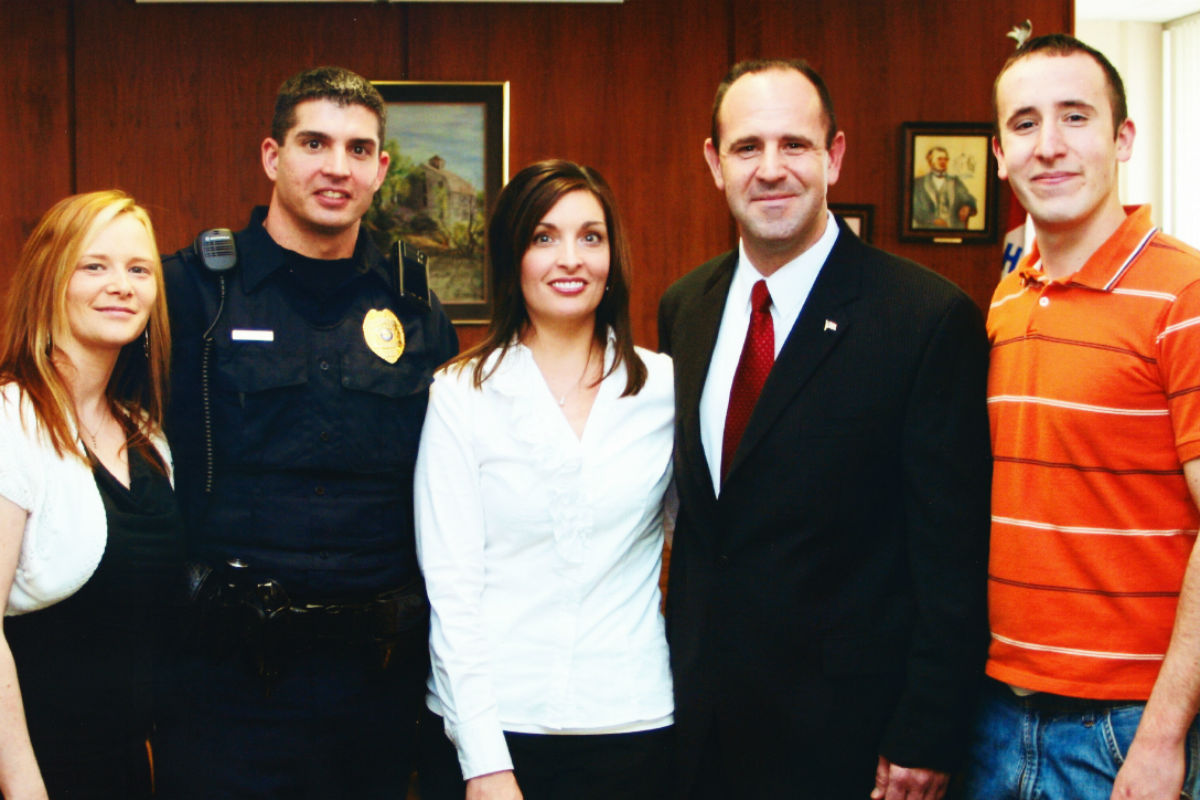 The Hobart Police Department does their best to preserve the quality of life for their community. Happily being no exception is Dave Evans, military veteran, family man, and Detective Sergeant at the Hobart PD. Evans is dedicated to his family, his work, and his community, which makes him a perfect fit for our Northwest Indiana Life in the Spotlight series.

Evans was born and raised in Northwest Indiana. A student of River Forest Schools, he excelled in athletics like football and wrestling. Six days after he graduated from high school Evans joined the Marine Corps.

"My family was in the military and it seemed like the right thing to do," Evans said. "I was able to school through the military. I loved it. There was a lot of moving and traveling and I got to meet a lot of neat people."

The beginning of Evans' law enforcement career began in Hobart. He applied for different openings on the town's police department and they offered him a job as a patrolman. For the next eight years, Evans held that position. He then ran the gamut at the police department, holding positions in their CSI Unit, the detective bureau, he was the Bureau Commander, as well as the Chief of Police, currently he is a Detective Sergeant in the bureau.

Evans' military career didn't end when he joined the Hobart PD. After leaving the Marines to go into law enforcement, Evans joined the National Guard. He served his country here in the states as well as overseas when he served for 16 months in Iraq.

It's fitting that he lives in a town like Hobart.

"Hobart is a very patriotic city and I'm proud because I live here," Evans said. "I want to give back because they give back every step of the way. And I do as much as I can with the police department because they have given me so much."

Evans and the rest of his fellow officers get involved with the community as much as they can. You can spot them doing things with the Indiana Patriot Guard, the Police Athletic League, summer programs that they put on for the kids of Hobart, Police Night Out, the Marine Corps League, Hobart FOP 121, the American Legion, Maria Reiner Senior Center, Meals on Wheels, the Hobart Food Pantry, and a lot more.

"I like to get involved. Anything that people need from us we give them what we can," Evans said. "And it's not just me, it's all the guys in the bureau and administration. We share all the responsibilities. we do it as a team that way we can continue to give."

When he's not on duty, Evans is watching Da Bears. When football season rolls around he and his wife, Theresa, head out to as many games as they can. He also likes to spend time with his two kids, David and Marie, stay active by playing in a golf league each week, and travel.

What advice does Evans wish to impart to readers to ensure a more satisfying and successful life?

"Always treat people the way you want to be treated and you can never go wrong," Evans simply said.