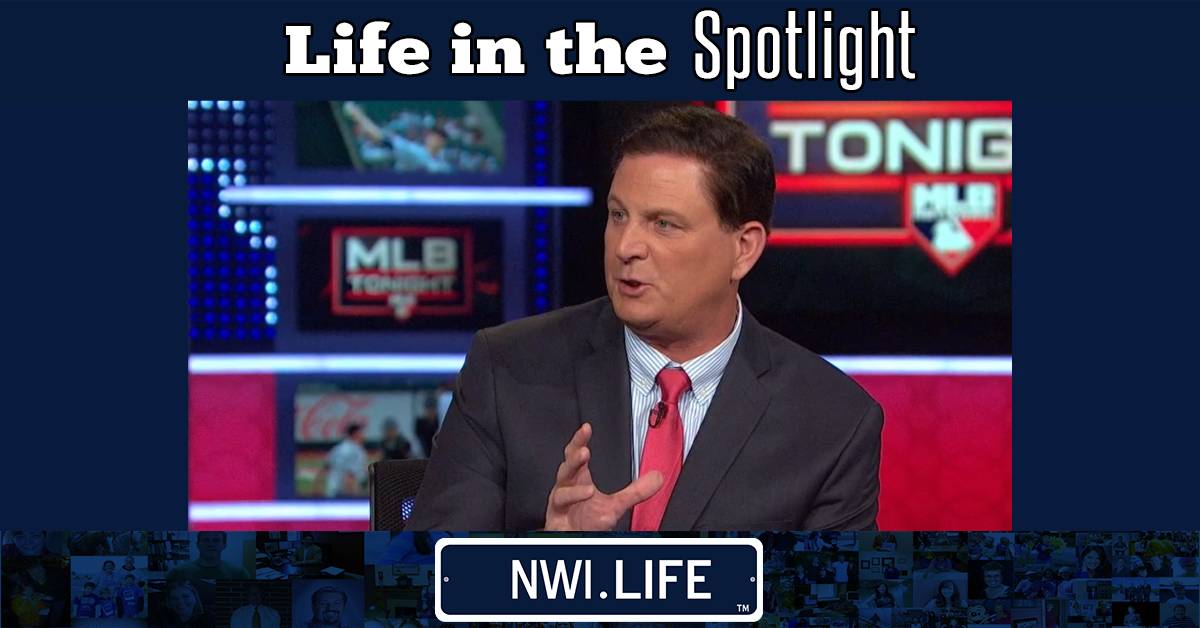 You might not have known it, but Northwest Indiana’s baseball scene is surprisingly strong. Of course, Cubs and White Sox flags fly on many porches, and the Railcats play out 50 games a year at the U.S. Steel Yard, but casual observers might not realize that many big leaguers have roots right here in the Region.

Some of them are still active, like Valparaiso’s Jeff Samardzija. Then there’s Andrean’s Sean Manaea who tossed a no-hitter for the Oakland A’s in 2018, or Crown Point’s Zach Plesac who debuted with the Cleveland Indians just last year. One of the brightest stars from the Region is Crown Point alumnus Dan Plesac, Zach Plesac’s uncle. He threw his last inning in 2003, but now serves as an analyst and host on the MLB Network.

“When the MLB Network started in 2009, they called me, I auditioned, and here I am now,” Plesac said. “I feel like I went from one great career in playing, straight into another one in broadcasting.”

The Gary native spent 18 years in the majors, appearing in more than 1,000 games for the Cubs, Brewers, Pirates, Blue Jays, Diamondbacks, and Phillies. He spent most of his career with the Brewers, and holds franchise records in earned run average, saves, and games played. Despite all of that, baseball was his secondary sport up until his last year in high school.

“If I’m being really honest, my first love all the way until high school was basketball,” Plesac said. “I spent my first two years at Andrean before we moved from Gary to Crown Point in the summer of my sophomore year. So I spent my junior and senior years at Crown Point High School, and all I did was play outfield and first base.”

Though he liked baseball, he didn’t think of himself as a natural and had signed a letter of intent to play basketball for NC State University when his baseball coach, Dick Webb, asked him for help.

“He said, “Listen, we have a pretty good team but don’t have any pitching, would you want to pitch?’” Plesac recalled. “I said alright, but I had no training and no idea what I was doing. Then one game turned into 15 strikeouts, then another game, and the next thing you know I’m the 41st player taken in the 1980 draft by the St. Louis Cardinals.”

Perhaps surprisingly to some, he refused the draft and continued to NC State, but with his scholarship transferred to baseball. It was likely a smart decision, and not just because the Cardinals offered him $50,000 compared to the $1.7 million slot bonus the same pick was allocated in 2019.

“It wasn’t as difficult a decision as you might think, because I just didn’t have any idea what I was doing in baseball,” Plesac said. “Kids today are so far advanced compared to where I was in terms of mechanics. I really hadn’t pitched that much, I felt like I needed to go to college to learn more about pitching. I don’t think I’d have reached the big leagues if I’d signed with the Cardinals.”

He had a successful college career, and was drafted by the Brewers in the first round of the 1983 draft. He made his big league debut in 1986, then rattled off three consecutive all-star seasons. His success got him enshrined in Crown Point High School’s Hall of Fame, something Plesac didn’t fully appreciate until he was older.

“I used to chuckle every time I’d watch a nephew’s game at the high school and see that colored picture of me in a Brewer’s uniform outside the gymnasium,” he said. “Robin Yount, a teammate of mine my rookie year who’s now in the National Hall of Fame, said something to me one day in the outfield that really resonated with me. He said, ‘You know Dan, it’s nice to be important, but it’s more important to be nice.’”

He took the advice to heart. Throughout his playing career he made it a point to honor his roots.

“I tried to tell myself to never forgot about where I grew up,” Plesac said. “Before Spring Training, no matter if it was year one or year 18, I’d make a drive through Gary and go to my old neighborhood.”

The roads are the same, but the scenery is different. The Little League ballpark where he played his first games is basically gone, though a former player has turned restoring it into a passion project.

In many ways, Plesac’s story wasn’t much different than other Region kids of his generation.

“My dad worked at the steel mill, and my mom cut hair,” he said. “I was a typical Northwest Indiana guy just looking to make something of his life.”

Picking up a baseball to help out his high school team changed the course of his life. It made him an icon and role model for kids around the Region who might hope to one day take the mound at Wrigley Field like he did.

“I wish I could tell you that I knew I’d pitch in the big leagues someday, but I didn’t,” he said. “In January of 1980, all I wanted to do was go to college, and hopefully get a scholarship. In October of 1980, I’m at NC State playing baseball. My life changed in months, and I never in a million years would’ve thought it’d happen that way. It’s been a wild ride.”