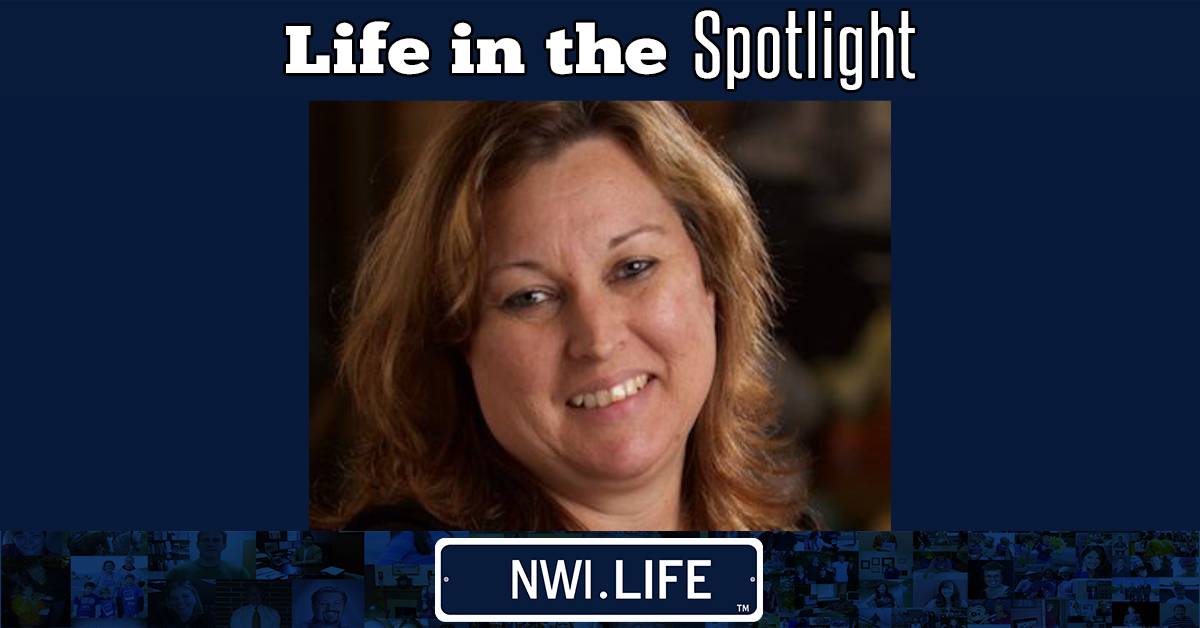 With her unmatched passion for mentoring early youth, it’s hard to believe that Christine Hurd almost didn’t see herself in the position she is in today as pre-kindergarten director at Real Life Community Church in Portage. The Hobart resident wears many hats, and spends her days creating lesson plans for the nursery and teaching the pre-kindergarteners, embracing every second she gets to spend with her kids.

Hurd thought she would always be a stay-at-home mom, but her natural ability to teach, mentor, and guide children would take her 18 years of expertise out of her home and into the community.

“I started looking for work in 2013, a time when it just so happened that RealLife, my church home since 2004, partnered with our local YMCA to create a new outreach program,” she said.

The program, Arrow Early Learning Center, was created in partnership with the Portage Township YMCA, Real Life Community Church, Portage Township Schools, and St. Mary Medical Center to provide affordable and high-quality early childhood education for Portage children, primarily in the Central and Myers Elementary school districts. Hurd knew she was called to be there, and immediately took a position teaching 2-year-olds. She received an offer for the preschool teaching position about a year later.

“Working at the Y, I realized that early childhood development is what I am passionate about,” Hurd said. “Then when I got the teaching position, it felt like the two things I loved were coming together.”

Another opportunity opened up for Hurd when Children’s Ministry Pastor Rich Evans noticed her interacting with the preschoolers one day.

“He said he could see the passion I have for the children and wanted to know if I would be interested in volunteering as a coordinator for the Sunday preschool class,” Hurd said “At that point I was at Real Life six days a week, teaching five days at Arrow E.L.C. and volunteering on Sunday.”

Hurd continued to work at Arrow E.L.C. until 2017. Pastor Rick has since moved on to a church in Michigan, but the impact he had on Hurd’s life will stay with her forever.

“Pastor Rich took me under his wing and mentored me,” Hurd said. “I learned so much from him and I’m so grateful that he took a chance on me.”

Hurd says she can also thank her friend Kim Gubricky, who had been urging her to come to a service at Real Life for over a year before she finally got involved.

“I really have to thank Kim for her persistence. It was the seed that started my journey at Real Life,” Hurd said.

Hurd knows that working in early childhood development has a lasting impact that runs so much deeper than surface level care.

“The first five years of a child’s life are crucial for their development,” Hurd said. “Research has shown that 90 percent of a child’s brain is developed by age 5. The synapses [connections] in their brain continue to expand and reach about 1,000 trillion, twice the density and twice as active as the adult brain. Providing kids with quality life experience early on will activate certain neurons, which will create new synapses. Unused connections will inevitably be eliminated, which is why reaching them early is so important.”

“My favorite place to be is home with my family,” Hurd said. “I also love the beach, reading, learning new things and harnessing my creativity.”

One of Hurd’s favorite verses is “I can do all things through Christ who strengthens me,” so it’s no surprise that she takes pride in being able to help kickstart the development of her young pupils in both their education and their spirituality.

“Children’s ministry is more than just childcare,” Hurd said. “It gives children an opportunity to hear the message of the Bible that is tailored to them.”

A few years ago, Hurd never imagined she’d be using her passions to help the youngest members of the community, but she took the opportunities presented to her and ran with them, ending up exactly where the community needed her to be.

“Looking back, I can see that God had a plan for me in ministry,” Hurd said. “I just didn’t realize that the things happening in my life were leading me here.”