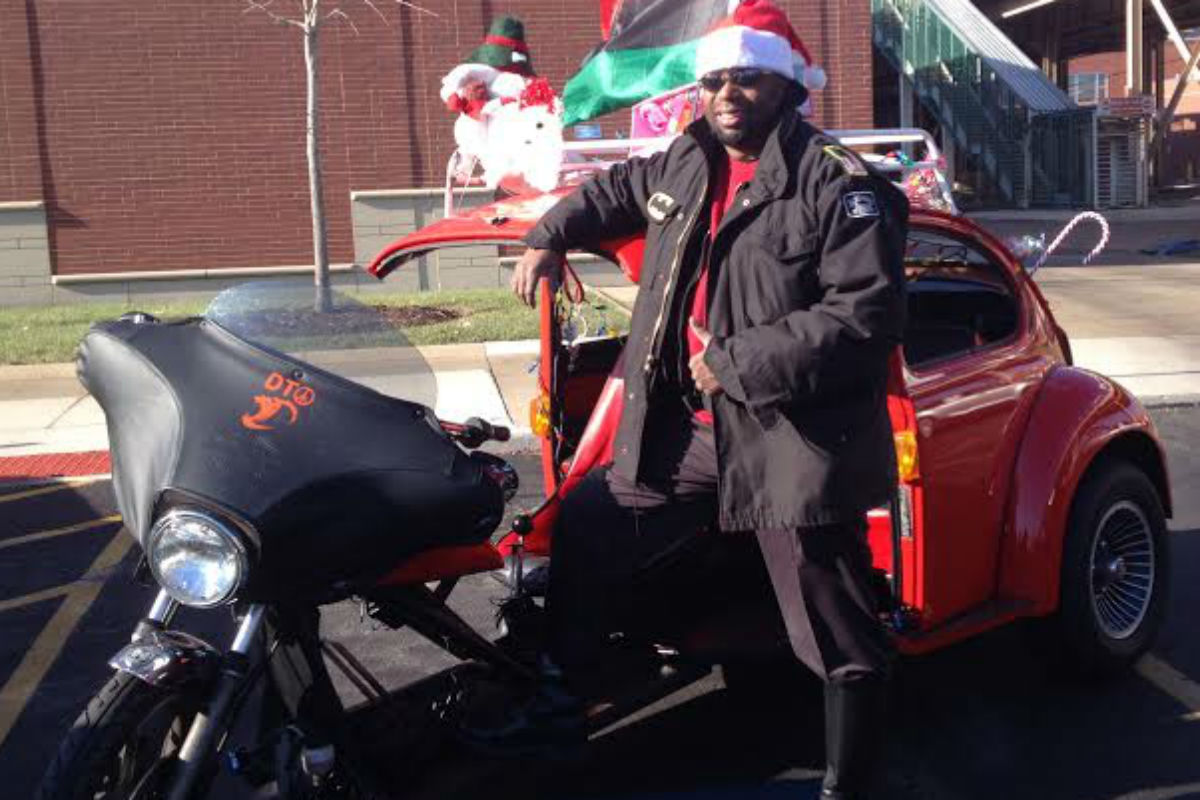 Toys for Tots is an organization that allows less fortunate children to have a Merry Christmas. We see the large cardboard boxes at the grocery store, with the big white signs and red letters, asking for a simple toy for a child whose Christmas tree may look a bit sparse. Upon this gift-giving gang is Bryant Levant, a man who finds the Toys for Tots charity close to his heart.

“The Chicago location, the specialty about it was that every first Sunday of December, rain, sleet or snow you’re going to get on your motorcycle strap a toy to it and participate in the 17-mile parade down Western Avenue to deliver the toys to the Marine barracks,” Levant said.

Levant became close with the Chicago parade due to family, and an interest in the tradition established by older generations.

“They started a long time ago, a few guys on a motorcycle this is how they wanted to help out with the nationwide toy drive. Toys for Tots to me is important. I’ve participated in it since 1998, and my four older siblings all rode motorcycles and it was just a dare to see who would actually do it," says Levant. “Guys in leather strapped with Barbie dolls to their bike doing 17 miles, that’s the part of the toy drive that I participate in.”

While Levant became interested in participating in the parade due to competitiveness between his siblings, the Toys for Tots organization has a deeper meaning to Levant.

“For me being the youngest of six kids, and growing up in Chicago, there were certain times for me in my personal life that a good Samaritan gave to our family and that made a difference for me, people that don’t know you can actually take the time to care and also have an impact,” Levant said. “Those little bumps during the year, that little good will [from others] I think it made a big difference for my parents and pushing us through.”

Coming from a large family, Levant sees the importance in spending time with your loved ones.

“I push board games because I think that’s family oriented. We grew up playing Monopoly so I always encourage the people here to donate board games, and things like that, that allows young kids and young teenagers to sit and play at a table with family," Levant said.

The need for essentials is at an alarming rate. People live from paycheck to paycheck with very little to spare. Because of this, Levant helps out with various organizations throughout the year.

“It’s really a year-round need. I participate in the South Suburban Toy Drive, I also participate in the Toys for the Hood toy drive, so their piggy-backing off of Toys for Tots and [their] success but their minority motorcycle events delivering toys to junior college for the parents that are going to college give them an opportunity to have toys for their kids in the general neighborhood,” Levant said.

By being a part of these various organizations, Levant is able to spread the knowledge of these charities to others.

“I did a count over the last five years, including this year's Community Foundation donated over 450 toys for the Toys for Tot Drive,” Levant said. “And again there’s only four or five days we put these boxes out, so they’re just not sitting there for a month in the lunch room or in the office. We get everything in that box board games, Barbie dolls, just the nicest things you would buy for your own kid. They’ve really helped me kick it into a higher gear my coworkers by participating in it, and [by] challenging me to get everything loaded on my motorcycle.”

Levant credits his active involvement in his community to those who helped him along the way.

“I go back to the individuals that allowed me to become a college graduate, a student pilot back in the day a long time ago and it was really just from people being themselves and genuinely caring for their community.” Levant said.