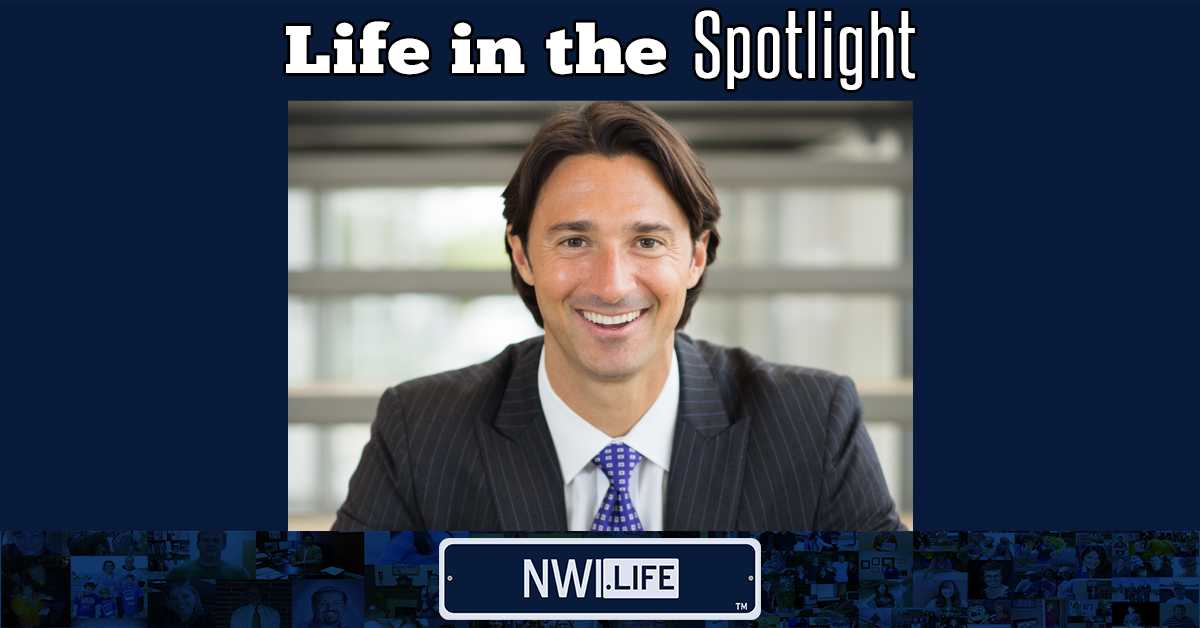 Anthony Contrucci is a family man through and through. While his personal time is hyper-focused on coaching his son’s travel hockey team, snow skiing, and traveling with his wife Melissa and their two young children, his career responsibilities involve growing the family business, Centier Bank, across the Northwest Indiana region and throughout the State.

And no matter what challenges arise in his role as Vice President of Community Relations & Business Development of Centier Bank, he tackles it all with what he considers to be the most important human trait: grit.

“You can be smart, talented, blessed with God-given capabilities, but without grit and determination it will all be for naught,” Contrucci said.

This philosophy was instilled in him at a young age, something he learned on the ice hockey rink. Halfway through his high school career in Hollywood, Florida, Contrucci was recruited to the boarding school Pomfret to further his education and continue playing hockey. It was through the sport that Contrucci realized how to excel as a leader and create an innovative team. He also learned the importance of family, and how perseverance through mental and physical strains can lead to success. These elements combined help push him forward in his daily career at Centier.

After graduating from Pomfret, Contrucci was adamant about his hockey career and following his father’s footsteps in the medical field. Bentley University provided him with the opportunity to do both. Yet, over time, the enduring desire to become a physician faded, and Contrucci decided to pursue a career in finance instead. He graduated with his Bachelor's Degree in Finance, later getting his MBA from Nova Southeastern University in Florida. He is currently enrolled in Stonier Graduate School of Banking .

Flash forward several years, and Contrucci is the Vice President of Community & Business Development at Centier Bank. The journey through the banking world has been intense and rewarding. With experience in commercial and private banking, Contrucci has been exposed to many different facets of the industry. Yet, he has found the most satisfaction in the position he is in now, surrounded by his in-laws and family at Centier Bank.

“Giving back to the Northwest Indiana community is so important to me, to Centier. I want to serve the community where my family and I live,” Contrucci said.

In the building where Contrucci works is a giant wooden wall, where he and the other Centier family frame their most special community outreach projects. The most important personal memory to Contrucci? A picture of himself and two young women from the Crisis Center, Inc. – Northwest Indiana. A few years ago, while touring the Center, Contrucci came to learn that a few of the young women there were not able to afford a prom experience. Business aside, Contrucci and his wife, along with help from Centier, funded the prom experience for the girls - dresses, makeup, and all.

“We wanted to bless families and touch the lives of others,” Contrucci said.

Contrucci helps lead the company’s charge in philanthropy and champions its Servant Heart Culture, which promotes volunteerism and giving back to the communities in which Centier Bank belongs.

With his roots in Florida, education on the eastern seaboard, and even with family connections in Italy, the fact that Contrucci has settled in Indiana may seem odd.

Why the Region? He answered, simply: the Centier Family. His background in finance, love and shared personal values with his in-laws, and the opportunity for his children to grow up surrounded by family is what keeps Contrucci devoted to his community.

In his spare time, Contrucci enjoys tracing through the history of his Centier family tree, almost as much as watching the business and his family grow along with it.

Next year, Centier is celebrating its 125th year of serving Northwest Indiana. The milestone is one that fills Contrucci with pride as the bank continues to help grow more communities across the state.