Andrew Morris, founder of Yoga Mecca LLC in Chesterton, lives his life knowing how important it is to treat both his body and his mind with compassion, which he achieves through practicing yoga.

A Porter County native and Chesterton High School graduate, Morris currently lives in Valparaiso. He attended Indiana University in Bloomington to study exercise science, but he wanted to bring yoga to his hometown, so after graduating he moved back into the area.

“I think yoga is something I want to spread as far and wide as possible,” he said. “And Chesterton needed yoga.”

Particularly in this area, Morris says that teaching yoga is not known as a traditional male practice, but that is not where his unique qualities as an instructor stop. At only twenty-four years of age, he is younger than most other instructors, especially those who own their own studios. Most recently, through Yoga Alliance, he has become an E-RYT500, the highest-level yoga teacher one can achieve. Not many instructors can say that they reached this level at such a young age.

Growing up, Morris’s mother was a yoga teacher and first introduced him to the practice when he was about 10-years-old. At such an early age, however, Morris did not actually take to it right away. It was not until he was in college that he realized how much he loves yoga, and he has been practicing consistently ever since.

“I remember walking into my first ever hot yoga class when I was 18 down in Bloomington when I was starting to get into yoga again, and it was the hardest thing I’d ever done,” he admitted. “I’ve been an athlete my whole life, but by the end of that class I was drenched in sweat and my mat was pretty much a swimming pool of my own sweat. And I thought, ‘Whoa, yoga is serious. I’ve got to share this with people.’”

And share he does. Once Morris realized the transformative power that yoga can have on a person, both physically and mentally, and how much it has helped him grow personally, he decided that he wanted to help others learn how to be compassionate toward—and listen to—their own bodies and minds. He has been teaching for the past four years.

“Whatever I wanted to do with my life, I always wanted to help people,” he said. “I love moving and exercise, and I love helping people, so yoga is a good balance of both.” 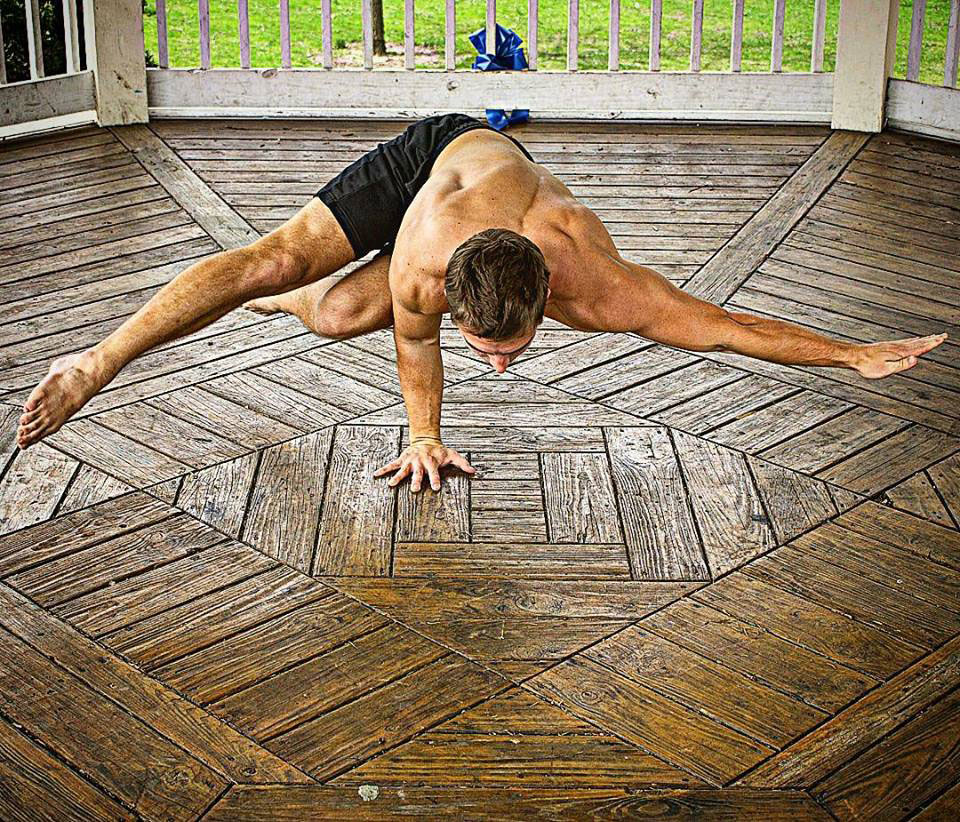 Morris has always been an active person, playing a wide range of sports growing up. He continues to do many different types of exercises, including gymnastics and sprints, so he enjoys practicing gentle restorative yoga where he can stretch out and take care of his body.

He shared, “Yoga is amazing if you’ve got general aches and pains, and it’s also just unbelievable exercise. If you’re only going to do one type of exercise, it’s certainly yoga. It’s the best, overall, for long-term health, no doubt.”

In addition to these physical benefits that yoga can provide, one can also improve mentally through the practice. Morris describes himself as a happy, goofy person, and much of that easygoing attitude comes from the relaxation that yoga offers.

“So many people nowadays are so stressed,” he said. “Yoga can combat stress. And when your stress levels go down, you become a lot nicer. The more you practice yoga, the more you see the love in everybody. You try to treat everyone well. It’s made me a lot more understanding of the struggles everyone goes through, myself included.”

Morris urges everyone to try yoga and to keep trying different styles until they find what works best for them, personally.

He explained, “There are hundreds of different styles of yoga, and all have value, so if you try one type, and it doesn’t suit you, you should try some other types and see if those fit you better.”

Moving forward, he will primarily be creating free online content to spread the teachings of yoga on a more global scale. As he reaches these larger audiences, he will continue to teach more and more people how to treat their bodies and minds with compassion. If you want to learn more about Andrew Morris and his free online classes, visit his website, www.morris.yoga.