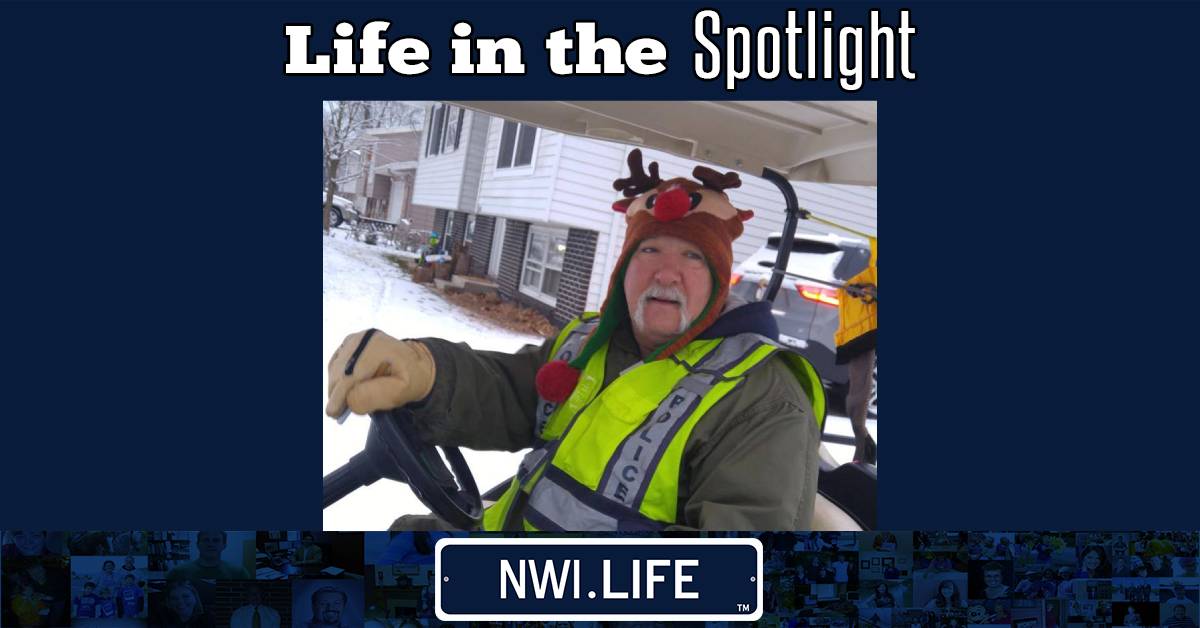 Being a strong caretaker requires dedication and compassion. A shining example of this is Chesterton resident Allen Novreske, a crossing guard for Bailly Elementary School. He does his very best to liven up the day for children he helps cross the street with a positive, lively attitude and an assortment of unique hats.

“Kids look up to grownups, so I try to set a good example for the kids I see every morning,” said Novreske

Novreske grew up in the Chesterton school system, attending both Bailly Elementary School and Chesterton High School in his youth. He enlisted in the army and became a drill sergeant. Later after retiring from the military, he worked at Urschel Laboratories for 19 years. Once he left, he was looking for jobs and decided to apply for a crossing guard position.

“Having a job like this is good because it gets me up early in the morning and ready for the day,” Novreske said.

Novreske’s wife got him interested in hats, so he eventually began wearing different kinds of hats during his shifts. At some point, people even started buying him hats. His collection includes an octopus hat from Holiday World in southern Indiana, a U.S. Army hat, and a Chesterton High Trojan helmet hat that the bus drivers made for him.

“On Mondays through Thursdays, I wear a regular hat, but on Friday and on holidays I’ll wear one of my funny hats,” he said. “I have about 30 or 40 hats now.”

Novreske said that he approaches every morning with a positive mindset, so that the kids can feel the same and start the day right.

“I’m usually the first person these kids see in the morning on their way to school, so I put on a happy face and making sure they get across the street safe and sound,” Novreske said. “In fact, having a crazy hat on makes my job easier because incoming drivers will notice it.”

Novreske said that his previous role as a drill sergeant has helped him when he became a crossing guard, since both positions require strong leadership and communication skills.

“When these kids have their class reunions in the future, I hope they remember how nice and funny I was with my personality and hats,” Novreske said. “That would be a huge compliment.”