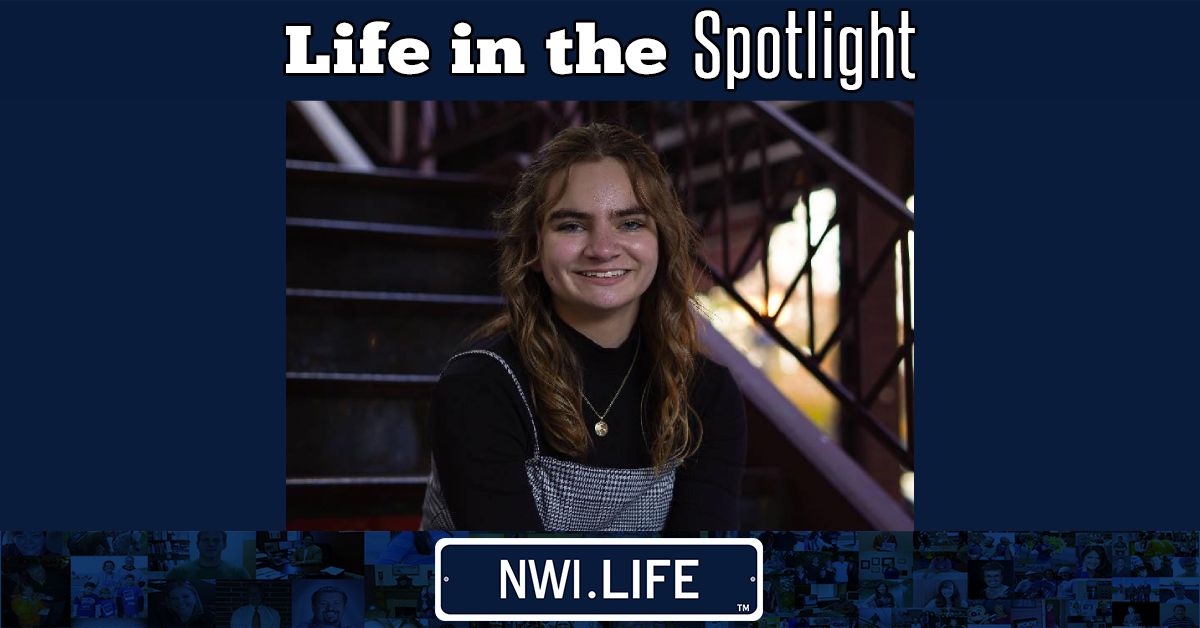 There are so many amazing people in the Region who use their skills to make their community an even better place. What’s equally amazing, though, are the young people the Region creates—young people who are eager to go out into the world and learn and make a difference. Alayna Wilkening is one of these people. She may have just started her adult life away from home, but even away she continues to be a bright spot for the Northwest Indiana community.

Wilkening grew up in Schererville, Indiana, and just recently graduated from Lake Central High School in St. John. She is currently a freshman at Indiana University Bloomington and is planning to double major in journalism and graphic design. Her schedule is pretty busy, but she’s already enjoying her time at college.

“I think it's so cool to be in a position where you can tell somebody else's story that might have never been able to tell their story before. Obviously, journalism is how the world gets its news. It's how good and bad news is shared and how people stay informed and stay in the know of things that impact them. Journalism is how we all stay connected as a world and as a society, and I think it's super important to be that beacon in the community,” said Wilkening.

Wilkening’s current goal after graduation is to find a position that combines both her love of communication and design. However, if Wilkening could have any job in the world, she’d choose to be an automotive photographer and travel around the world to take pictures for different car companies.

Wilkening’s family has always been super into cars, and as she’s gotten older their interests have slowly become hers in her own way. She is a member of Sports Car Club of America and does some of her own autocross racing, but when her dad goes to track races, Wilkening will take pictures.

“I've gotten a lot of traction on the track Facebook sites because everyone likes to see their car on the track and see it look fast. That's been super fun, and that's where I got the idea to go into a career like that, just because of how much fun the vibes and atmosphere are,” said Wilkening.

Like most people, Wilkening has many people that she looks up to in her life. One role model that has inspired Wilkening in the automotive photography industry is Larry Chen.

“He works with so many people and companies that I would love to work with someday. In his pictures you can see the passion and the love for his job, which I think is super cool, and super inspiring,” said Wilkening.

In her personal life, though, Wilkening’s great grandma was not only a role model, but one of her greatest support systems.

“She was just such a great role model for sticking up for yourself and making sure that you're doing what you love and loving what you do. She was a super big influence on my life, said Wilkening.

Wilkening is incredibly thankful for the many people in her life who have helped set her up for success, both personally and in her career. She’s grateful for all the opportunities she’s been given and is excited to keep opening new doors as she grows and begins her life.

“I would just like to thank all the people who have trusted me with the responsibility that I've been given. I’ve definitely been lucky to have so many opportunities open for me and doors open for me that probably shouldn't have been open for me, and that's led me to have the experience that I have and to be in such a great place that I am today,” said Wilkening.

Wilkening loves Northwest Indiana, she loves all its hidden gems and the little exciting things it has to offer, and the Region will always be a place for her to call home.