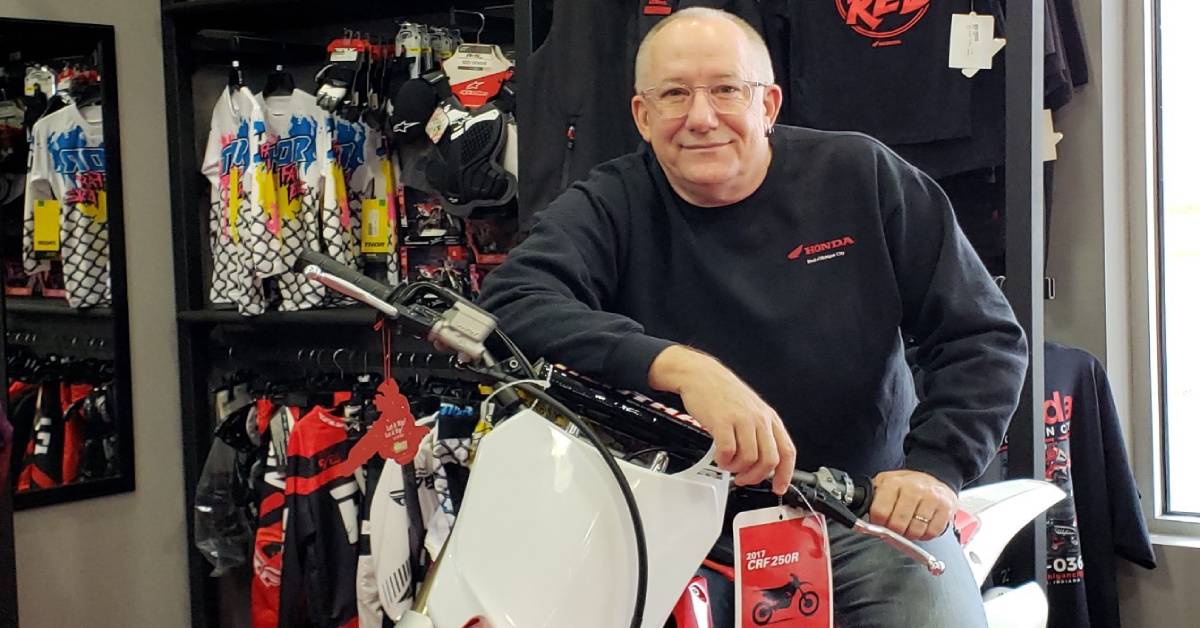 Bob Schmitt, Parts Manager at Honda of Michigan City, lives out his passions every day in and outside of work.

Schmitt has been involved with motorcycles since he was a teen. Growing up, he owned a CT-70 mini trail, and his love of bikes took flight after watching racers as they zipped across an area by his childhood home called Moon Valley. He immediately knew he wanted in but didn’t know the extent of possibilities that the extreme sport bared.

“I remember being at school and my friend showed me a brochure of motocross bikes. When I realized that there was an actual sport where you were able to race on motocross bikes, I knew I had to be involved,” he said.

From there, Schmitt got a motocross bike (full-sized) and began his research.

“I joined the AMA (American Motorcyclist Association) and got information about all of the local competitions,” Schmitt said.

Schmitt never won any big titles, just a few small races here and there, but he was talented enough to place high up in the standings.

“I always placed well enough to continue to want to come back each weekend. The thirst to get better never faded, and I was out racing pretty much every weekend from when I was 16 until I was in my early 20s,” Schmitt said.

If you are familiar with the extreme sport, you know that its participants are no strangers to injuries, and most of the time, pretty serious ones. Schmitt’s worst injury happened mid-air flipping upside down.

“I was upside down and so was the bike. Only problem was, I didn’t flip all the way and I never let go of the handlebars, so my bike came crashing down on top of me,” he said.

Schmitt’s back took a severe hit and is still out of whack to this day. However, this wasn’t the end of his motocross journey.

“Even when I did get injured, I wanted to get back on the bike. When you’re passionate about something, that’s just the way it goes…But I’m definitely paying for it now,” Schmitt laughed.

From there, a new passion took root.

Schmitt spent the majority of his life in this music business touring in multiple bands including Panic and Belle Gunness as a bass player.

“It was a fun experience. We were out chasing a record deal and didn’t make much money, but it was our passion,” Schmitt said.

When the starlit dream of signing a record deal began to feel out of reach in the mid-90s, he went back to his first passion and entered the motor business.

“I bounced around at a couple of dealerships in the area to keep my head above water. When I got the job at Honda, it just felt right,” Schmitt said.

As Parts Manager at Honda of Michigan City, Schmitt spends his days working closely with customers, ordering, receiving, and selling inventory, and talking with motocross lovers while reminiscing on the past.

“It’s called ‘bench racing’ –when you sit down and over-exaggerate about how good of a racer you were in the past,” he laughed.

Between his years of experience at Honda of Michigan City and first-hand out on the track, Schmitt is the guy to talk to when concerns or questions arise about your bike. He keeps his passion alive outside of work by attending local races such as RedBud MX Nationals each year in Michigan with his friends, wife, and his co-worker and former bandmate, Katfish.

“Everyone at Honda is a pro-active worker and a great team member. Everyone knows exactly what they need to do and what to get done,” Schmitt said.

When he’s not enjoying his time helping customers at Honda of Michigan City, Schmitt plays in an acoustic duet titled Jekyll and Hyde. The duo performs acoustic versions of classic rock at local bars in Michigan City.

Looking forward, Schmitt hopes to continue to see growth in Honda of Michigan City’s customer base and, of course, to continue living out his passion for motocross and music.

“I identify my job situation as having ‘work freedom’. I wake up every morning and I want to go to work.  I love the motorcycle industry –the customers and the people I work with – It’s a giant community,” Schmitt said.

To learn more about Honda of Michigan City, visit https://www.hondaofmichigancity.com/. 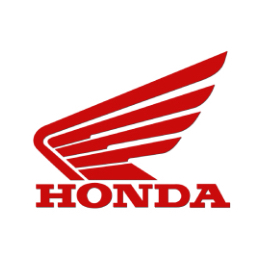 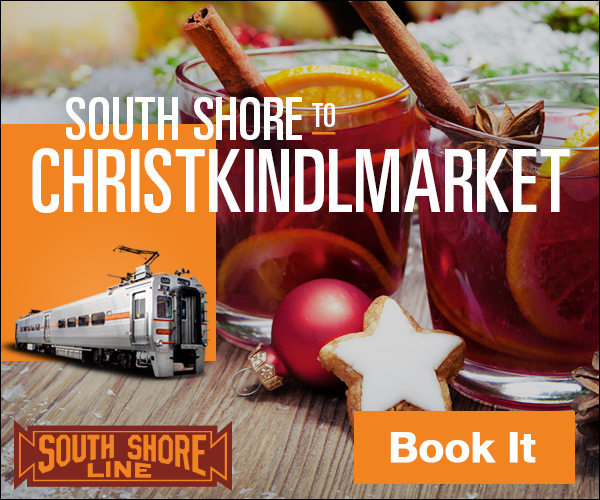