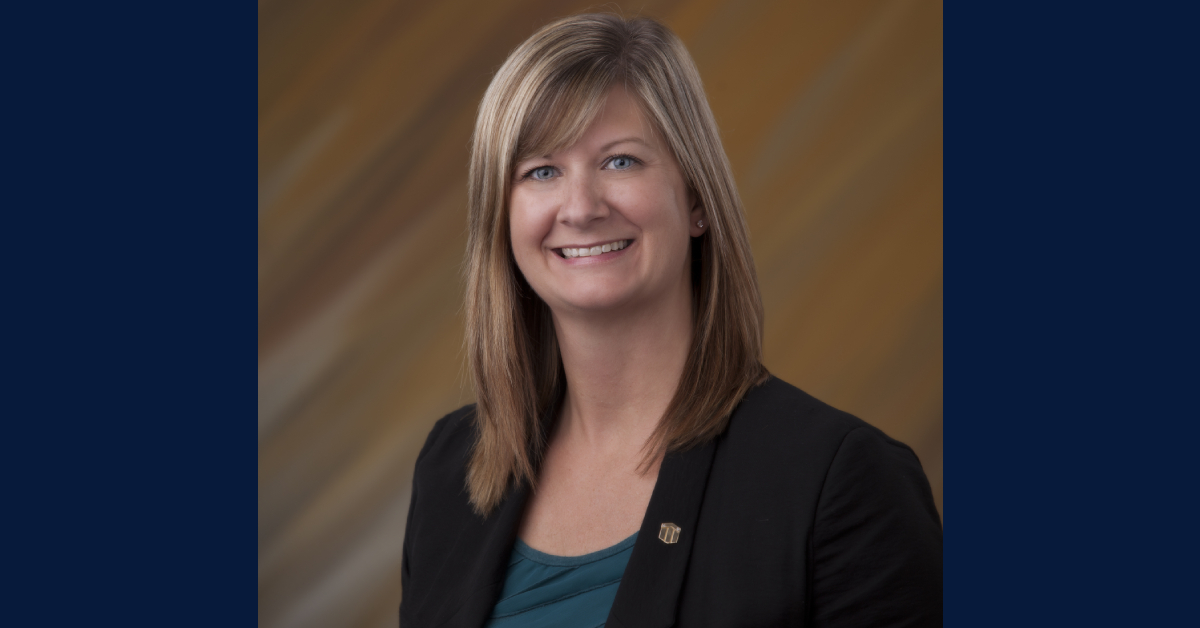 “I want to be successful.”

These words frequently echoed in the head of Highland resident Alissa Finch. As the Banking Center Manager of First Merchant Bank’s 45th Street office, she is a goal-oriented, determined individual with a drive to make a positive impact on her colleagues and surrounding communities.

“I’m a very ambitious and driven person,” Finch said. “I’m not one to give up when the going gets rough. I’m going to find some way to get it done, and honestly, that’s how I’ve been my whole life.”

Finch has been with First Merchants Bank for more than 15 years and has held several different positions. While her main role is to run the office and its various operations, the way she goes about that stands out.

“I’m the cheerleader in the office,” Finch said. “I’ve always believed that if we are consistently upbeat and work together, we’re going to have the results we want.”

Finch graduated in 2004 with a degree in management, and she aimed for a position that gave her many responsibilities.

“There’s been a ton of great things that have happened throughout my career. There’s been a lot of development in peoples’ lives as well as my life.”

Finch is also active within the community, serving as treasurer on the Highland Little League board. That involves attending the organization’s board meetings, volunteer work, registrations, evaluations, Opening Day ceremonies, and so on. The main responsibility in that role, though, is to lead the charge for team sponsorships, she said.

Finch also recently served as the assistant coach for her daughter’s soccer and basketball teams, and for about three years has been involved with the Munster Kiwanis Club, a non-profit organization dedicated to serving children and the greater community.

“I like to be involved in community work,” said Finch. “I like to know what’s happening. If things are changing, I would like to be a part of that.”

Finch knows how to motivate people and strives every day to keep herself and others on track with their goals. Supporting people is something that gets her out of bed every morning.

“I love what I do,” she said. “It’s a wonderful feeling to be involved in many avenues of my community. I’m really lucky.”

In her free time, Finch loves to spend time with her husband and children.  They often travel to places including Colorado and the Caribbean.