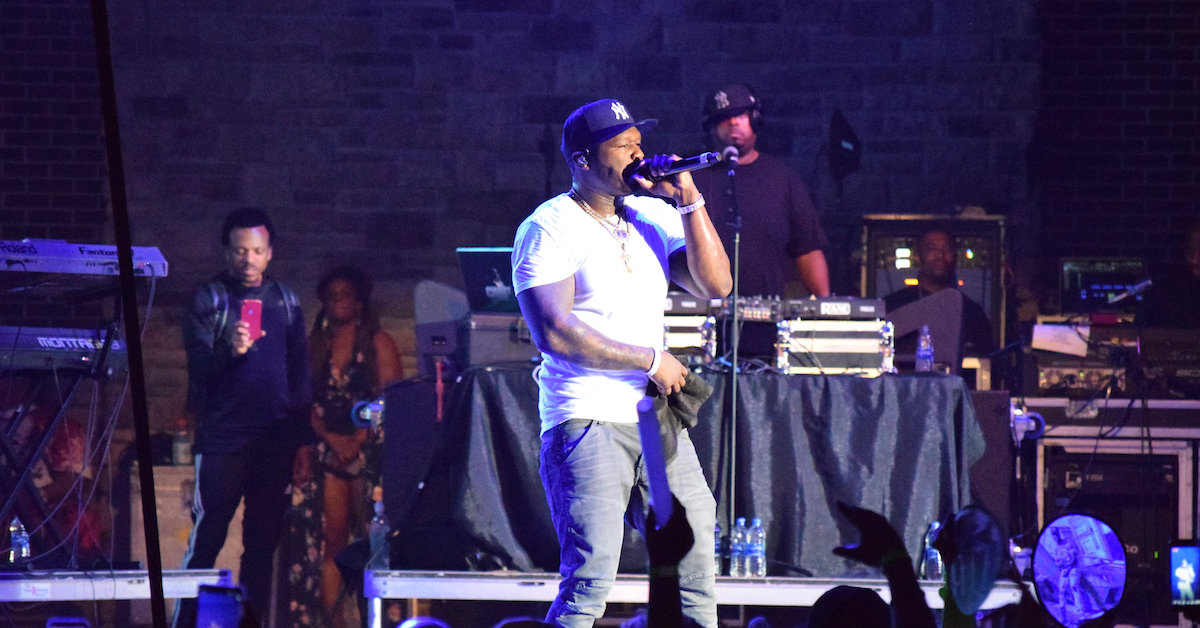 The Pavilion has been the host of many celebrity performers including Nelly, T.I., and Gucci Mane,and is also home to the coveted music event, Festival of the Lakes.

Several local artists warmed up the crowd as many waited for the opener, Bone Thugs-N-Harmony, to take the stage. The rap group was formed in 1993 and is widely recognized for their grammy winning song,“Tha Crossroads”.

Two attendees, Leann Medelinn and her niece Tabitha Bane, who was visiting from St. Louis, had been anticipating the event since the moment it was announced, and made sure to get a front row spot.

“The first day the tickets went on sale, she got them,” Medelinn said. “She was ready.”

A father-son duo, Adan and Alejandro Aoiies, were also in attendance for Alejandro’s first live concert. Mentioning BTNH as his favorite of the night, Alejandro couldn’t wait to hear the classics like “1st of tha Month”.

“I got into 90’s hip-hop and rap when I was around 10 years-old and I first heard Eminem,” Alejandro said. “Then I grew from there.”

As the night went on, the crowd became more and more eager to see headliner 50 Cent perform. One man, Fabian Torres, travelled all the way from California to see the rap star and was beyond excited to experience him in concert.

“My family lives out here and Bone Thugs-N-Harmony and 50 are all I listen to,” Torres said. “That’s what I grew up to.”

For many, the concert was a night of nostalgia as they sang along with grammy award winning star, 50 Cent, to hits such as “Candy Shop” and “Disco Inferno”. But for others, like Alejandro, this was only the beginning of a lifetime full of song filled memories.

The Pavilion at Wolf Lake Memorial Park is starting to become a regional hotspot for touring artists, thanks to Mayor McDermott. The concert series seems to be getting bigger and better every year, so make sure to keep the Pavilion on your radar for upcoming concerts and events.

For more information, head to www.wolflakepavilion.com.