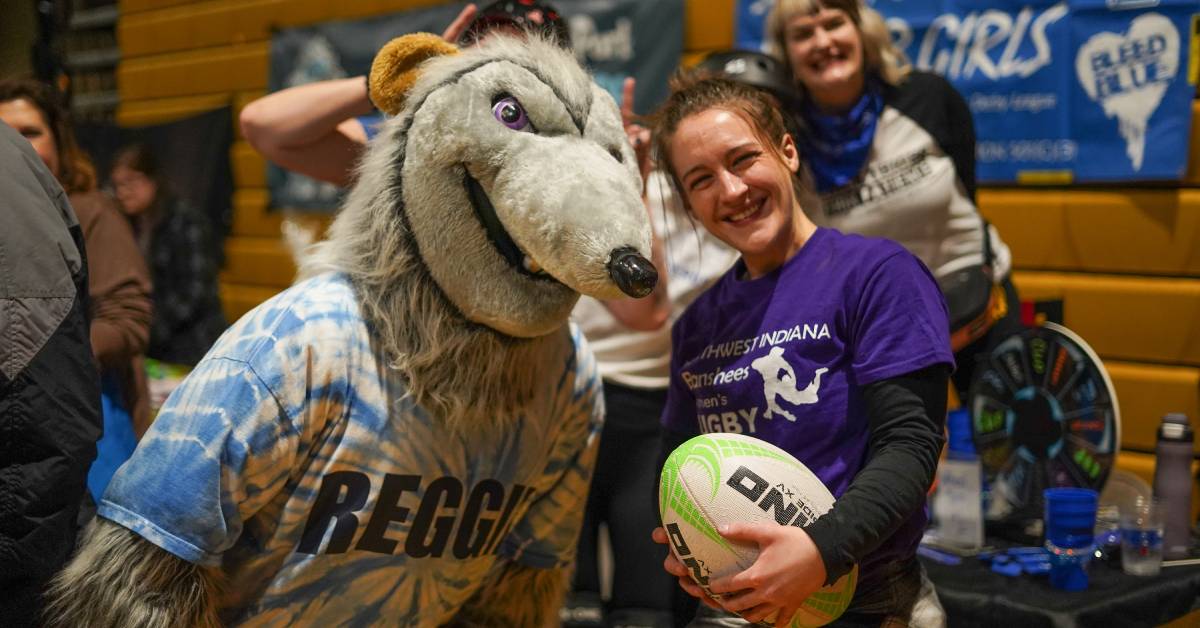 The Region’s favorite holiday was back and better than ever this year, with vendors from all over the Region providing beer, food, and entertainment to the Hammond Civic Center. The night featured headliners Rudy Cardenas of “American Idol” and Tommy DeCarlo, lead singer of “Boston.” The event also featured Reggie the Region Rat and a piñata of the rat riding Mayor Thomas M. McDermott Jr.’s car.

There was something for everyone to enjoy at the event, and attendees and vendors alike were happy to be in attendance. Local vendors like 18th Street Brewery, saw the event as a great way to advertise their Region-specific flair to the community.

“We’re a local brewery basically right around the corner. It’s a local event, and we want to come out and show support for Hammond and for the community. Everybody comes by and shows us love, and we get to spend the night hanging out with the community. It’s a great time,” said Jerry Carter-Bay, head bartender of the night for 18th Street Brewery.

Mayor McDermott sported a sash and tophat throughout the night, and mingled with friends and family from all over the Region. McDermott feels this is one of the best nights of the year.

“I get to be super-mayor today. I get to be a little more extravagant than I normally am. I love the fact that we’re celebrating the region and we’re bringing people from all parts of Northwest Indiana together to have a good time,” McDermott said.

Members of the community, known as “Region Rats,” came together to chat, eat, drink, and listen to live music at the free event. Many came out to be a part of the atmosphere that makes the Region feel like home.

Many vendors came to the event in an effort to become a more involved part of the community. Melissa Franko and others from the NWI Rugby Club set up a table to draw more attention to the sport.

“We’re just trying to put our club out there. We love the camaraderie that the sport brings and we think it’s really important to the community. This is actually my first time coming out here, and I’m actually really new to this team. I love the club, and I’m here to stay,” Franko said.

Similarly, members of the NWI Roller Derby rolled around the auditorium promoting their club. The girls were happy to share their love of the sport with other members of the community and were eager to draw more attention to the team after a time of not playing due to COVID-19.

“We just want to raise awareness and let people know that now that COVID-19 is in the rearview, we want to remind people that roller derby is still alive and well,” roller derby member known as HFaceKilla said.

Sheriff Oscar Martinez sees the event as a great opportunity to reunite with old friends from the Region. There are not many other opportunities to see such a variety of people at the same event, and he feels the friendship is what makes the event truly special.

“I always look forward to this. It’s bringing everybody in the Region together. It’s having fun, being able to see people you haven’t seen in a while, and it’s a great friendship. It’s good vibes, and we love that. It’s bringing a community together, and that’s what it’s all about,” Martinez said.