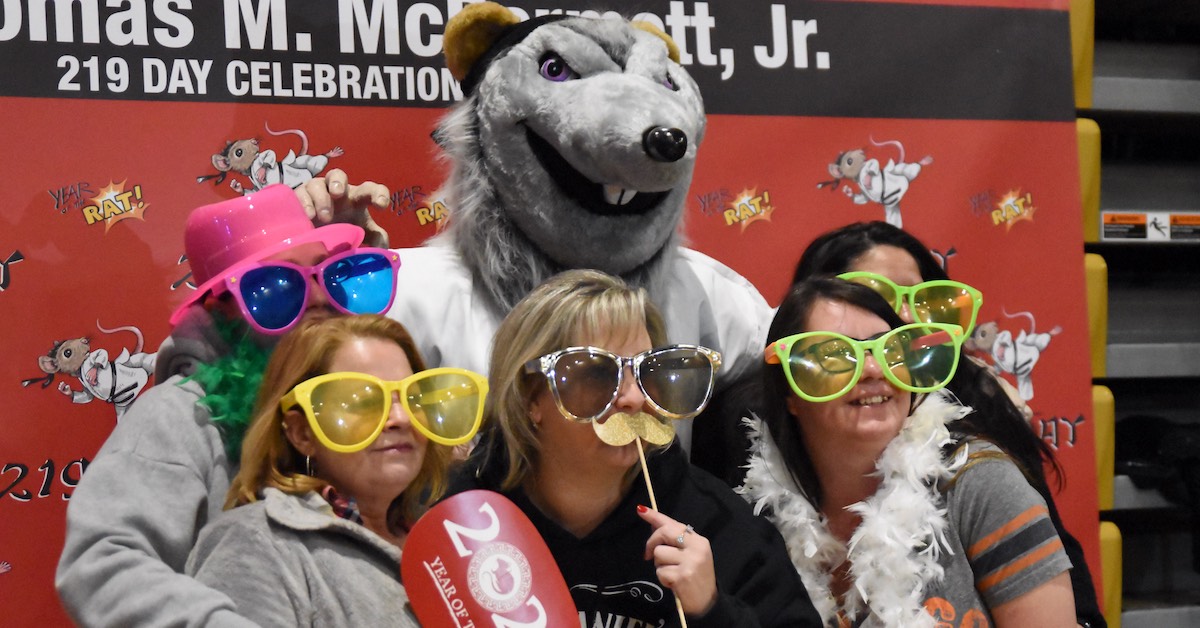 The Region's annual 219 Day returned to the Hammond Civic Center for the fifth time. Region Rats, as they were affectionately called, came out to celebrate the Year of the Rat.

There was much to pick from in the form of a selfie booth, Mind Bender games, a "Region Rat" piñata, vendors, and live entertainment.

“This is so much fun,” said Lauren Radusil of the South Shore Roller Girls. “To be able to celebrate everything in the region and be a part of that is really cool.”

Radusil and team rolled around looking for skating volunteers and handing out flyers for their upcoming May 16th competition at the Hammond Civic Center.

While The Tattoo Lady tattoo and piercing studio in Hammond continued its tradition of giving out complimentary temporary tattoos celebrating the 219, this was the first year for Northwest Indiana Martial Arts Academy. Zachary Masburn was excited they could be a part. Mashburn was offering an activity like no other.

“They are going to break some boards today,” said Mashburn.

Region food vendors came out in force from Schoop’s Hamburgers, Zel’s Roast Beef, and Gelsosomo’s. To keep up the festive energy, those in attendance also had the option of donuts from California Donuts and popcorn from Lady’s Gourmet Popcorn.

Alexis Hecker of Schoops has been participating for the last three years. Hecker, a Hammond native herself, looks forward to the event every year.

“It’s fun seeing the community get together and have a good time,” said Hecker. Her favorite part is the Pinata.

Jim Taillon has been attending since the first year. “This year is going to be special since it’s the year of the rat,” said Taillon. He was looking forward to sampling the local breweries.

Serving drinks for 18th Street Brewery, a participant every year, was Aaron Willman.

“It’s awesome to bring everyone together to downtown Hammond,” said Willman.

Dave Toth of Byway Brewery agreed with Willman. Byway has been a part of the celebration for the last four years.

“The Mayor put this together and it just took off. We are happy to be a part of it,” said Toth.

Handing out hugs and cards, Mayor ThomasMcDermott was all smiles. It was clear  he enjoys being out and celebrating the region.

The Mayor does not take credit for himself.

“Everyone works so hard to put this together and I want to thank them,” said Mayor McDermott. “Donna Muta, the Special Events Coordinator and a region member herself, put a lot of work into this as well.”

Laughter rang out as old friends called out to familiar faces and hugged each other. Attendees danced to the music while others sat at tables enjoying the local eats. No matter the activity, participants were united in their celebration of the Region.