By: Girls on the Run of Northwest Indiana Last Updated: March 9, 2016 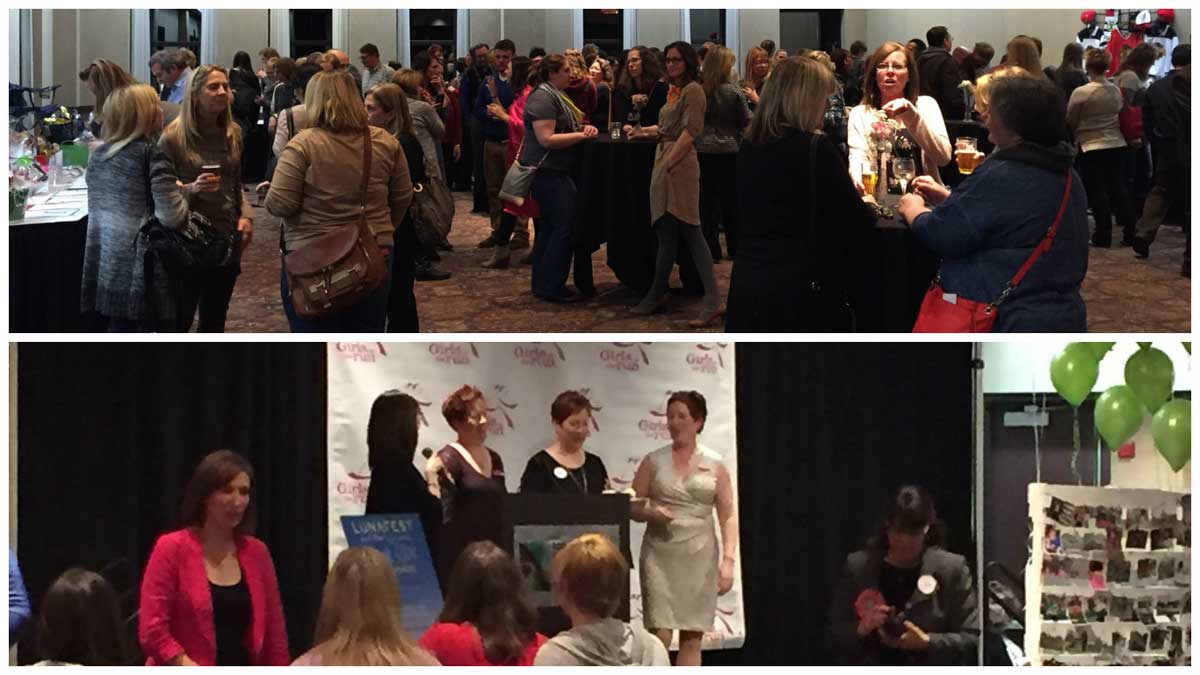 It was a night of celebration and togetherness as Girls on the Run of Northwest Indiana brought the local community together for the annual LUNAFEST® film festival.

The sixth annual film festival was held on Thursday, March 3 at the Center for Visual and Performing Arts in Munster. The festival promoted awareness about women’s issues through four, award-winning short films made by, for, and about women. The event began with a reception where attendees enjoyed a variety of wines, Three Floyds Brewing Co. craft beer, and appetizers. Attendees participated in a silent auction with items including vacation packages to Disney, Blackhawks jerseys, salon and spa packages, jewelry and more. The highlight of the night was the film screening, showing films that made you laugh, cry and motivated you to make a difference.

Jill Schlueter-Kim, Executive Director of Girls on the Run of Northwest Indiana said LUNAFEST was a great turnout. “It is always great to be around people who support Girls on the Run. We had the biggest crowd yet and raised more money then we ever did before,” she said. The event served over 200 people including the local community and other non-profits.

Jennifer Cannon, two-time attendee of LUNAFEST, enjoyed the event and what it had to offer for women. “I love the way the films center around women and go hand in hand with what Girls on the Run is all about,” she said. Cannon is a Girls on the Run coach at Kyle Elementary School in Portage, Indiana and came to LUNAFEST to support the organization.

Amy Blaker, local resident of Hammond, heard about LUNAFEST through Facebook. “It is impressive to see how these events come together because they do not come together so easily. Girls on the Run brought in a nice selection of raffles and the ticket price was great,” said Blaker. It was her first time attending LUNAFEST. She has been interested in volunteer work and supporting local organizations, so Girls on the Run fit into what she was looking for. “It is a great mix of mentoring and physical activity and it is a good feeling to give back,” she said.

“It was fun and exciting and it is always great to give back to another non-profit,” Schlueter-Kim said. The proceeds of the event went to Girls on the Run of Northwest Indiana and the Breast Cancer Fund. The event included a 50/50 raffle and the winner took home $800.

It was a night celebrating women, connecting the community, and giving back. LUNAFEST is an event that is anticipated each year. LUNAFEST was created by LUNA®, The Whole Nutrition Bar for Women®. The national festival has raised over $860,000 for the Breast Cancer Fund and over $2,100,000 for other women’s non-profit organizations.