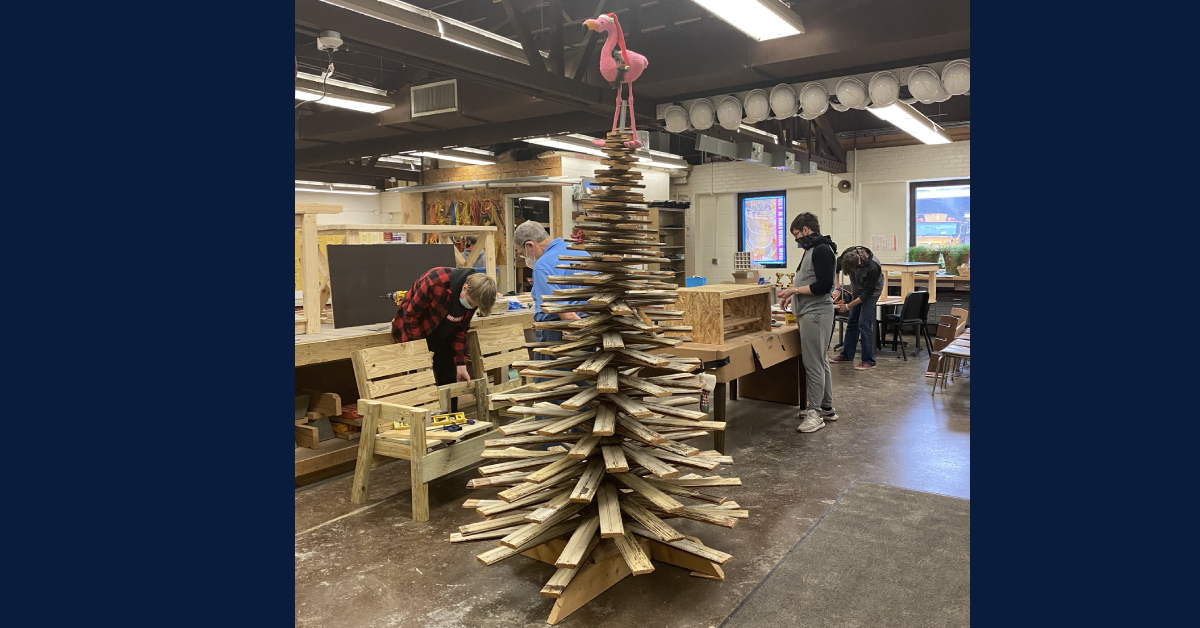 The Porter County Career Center has had quite a busy fall semester. The school held its second virtual learning day December 2. During the virtual learning day, no students had in-person instruction. Instead, they completed a virtual assignment from home.

Additionally, the Porter County Career Center hosted its first virtual open house, with the goal of educating sophomores and juniors about their course options and what makes the Career Center different from other schools in the area. The event was an hour long, and many students from Porter County joined in on the Google Meets event. They were also able to meet the teachers and some other students during the event.

The various vocational tracks have been busy working on various projects before the winter break. The video and media productions class presented their fourth episode of Porter County TV (PCTV) News on December 4. These students made comedic or how-to videos that were used in the broadcast. A second-year student in video production, Tyler Cox, wrote an original a Christmas song that was included in the newscast introduction video. Video production students also broadcast the Valparaiso swim meet December 11 through December 13. The stream was shared to the Porter County TV YouTube channel.

In other news, fire and rescue program students climbed the aerial ladder, including those that had a fear of heights. Some students even climbed up the ladder twice. With the beauty depot recently re-opened, cosmetology students have been very busy working on different patients during their open hours. Many second-year students are very close to achieving their cosmetology license.

Health science students began learning to take vital signs, practicing with students at the Career Center. The helps to prepare them for when they visit their clinical sites and have to work on members of the nursing homes. The Health Science II students worked with the Health Science I class and showed the students how to take blood pressure and make the hospital beds.

The business class hosted a blanket drive where students could donate blankets in either twin, full, or queen sizes from December 14 through December 16.

Construction students began working on their final projects, where each student could choose to build something from scratch.

Lastly, the Porter County Career Center hosted a Christmas food drive for all students to participate in. Some items donated included peanut butter, jelly, spaghetti sauce, oatmeal, and many toiletry items. Some classes participated in a competition for the food drive to see who brought in the most items between the morning and afternoon classes.

When the Health Occupations II class returns from winter break, they will begin preparing for their clinicals and head to different locations throughout the city to learn how to take care of patients in assisted living homes.

The first semester will come to an end on December 17 and students will return on January 4. On the seventeenth there will be a half-day for Valparaiso High School so only vocational students in the morning will come to the Porter County Career Center for vocational.

Beth Ammons is the business and marketing teacher at the Porter County Career Center. Her class offers opportunities like no other class at the Porter County Career Center. Morning students show up to class every day of the week, but students in the afternoon class come to school on only Tuesday and Wednesday, and on the days they are off they work at a job to earn business credit hours towards the class. Ammons ties their work-based experiences into the class discussions that relate to running a business. When in class students work together on many different projects.

One of the biggest achievements the class has had this year is participating in a food drive. Students had the opportunity to work with Hilltop Neighborhood House and Project 64 for this event. The food drive led the business class to receive recognition from media companies such as the Chicago Tribune, local radio stations, and a highlight from the University of Santa Clara. Ammons said her goal with teaching at the Career Center is “to help students get from where they are right now, to wherever it is they want to be.”

Zach Bowser is a Chesterton High School student that is also currently taking the Health Science II class. Bowser plays soccer for Chesterton and recently received the Indiana Soccer Player of the Year award. He received the award about a month ago.

“I had such an amazing year, especially with Chesterton winning the State Championship again.” said Bowser.

Bowser has committed to play soccer at the collegiate level with Mount Vernon Nazarene University in Ohio. Soccer has brought Bowser many great opportunities, and his favorite part about playing for Chesterton is his supportive teammates.