Congrats to the girls varsity cross country team as they finished 6-1 in the conference play, defeating South Central and losing to Morgan. The team was led by Holly Kuebler who finished in 2nd place, followed by McKenna Palmer, Ryleigh Cadwell, Anne Marie Schara, and Lexi DeMarco. 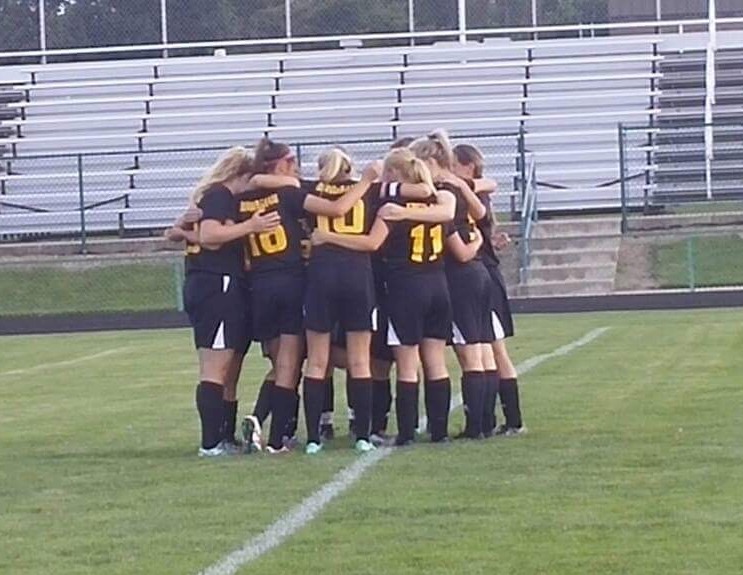 Scoring Goals & Taking Names
The Filles soccer team dominated in some PCC action against Washington Township 4 to 1 on August 31st. Grace Birmingham led the charge with a hat trick, scoring all 3 of the goals in the first half, while Emmalee Deardurff had a single goal in a 4 to zero halftime lead.

Gabby Rogers joined in with 2 assists and Kennedi Sternberg with 1. McKenna Magura and Emily Alvarez both had 3 combined saves.The girls soccer team also hosted Hebron in PCC action on September 11th, and unfortunately lost 1 to zero. The Fillies were 1 and 1 in PCC play. The Fillies then won an exciting PCC match against Boone Grove on September 12th, 2 to 1. McKenna Magura had 13 saves and the Fillies are now 2 and 1 in PCC play.

The Fillies dominated Westville on September 19th, ten to zero in PCC play. The Fillies honored the 4 seniors and led the way with Emmalee Deardurff with 3 goals and 1 assist, Gabby Rogers with 2 goals and 2 assists, and Grace Birmingham with 1 goal and 1 assist.

The Fillies are now 3 and 1 in PCC play. Great job, boys and girls!

The Mustangs soccer team traveled for PCC to Washington Township on Friday, September 2nd, defeating the Senators one to zero. Late in the second half, Ethan Ketchmark scored his first goal of the season. Matthew Woodbury had one assist. The Mustangs are 2 and 1 in PCC play with an overall mark of 3 and 4. 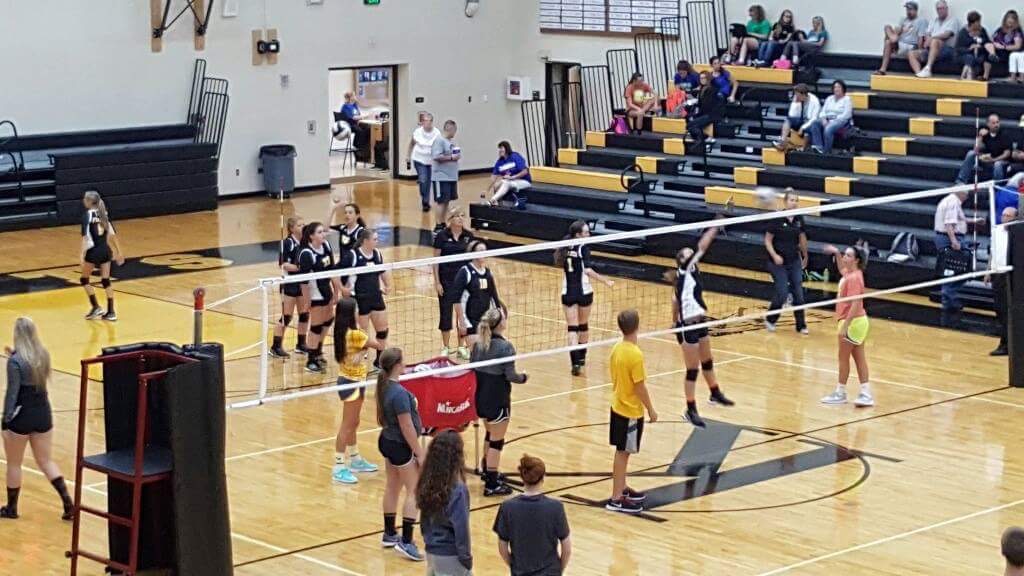 The varsity team fought and won four games with Maddy Andrews serving 21 for 23. Sadie Leatherman had 7 block kills, 16 for 16 serves, and 7 attack skills. Hannah Maier joined in with 15 attacks kills and 11 digs and Sarah Clinton led the team with 16 assists. The Varsity girls volleyball team defeated Hammond Academy of Science and Technology on September 7th.

Hannah Maier led the team with 12 kills and 5 digs, while Chloe Koedyker had 12 aces, 6 kills, and 5 digs. Sarah Clinton added 11 assists while Kyla Roney had 12 assists. The Varsity girls then defeated LaCrosse on Friday, September 9th. Hannah Maier, Chloe Koedyker, Sadie Leatherman, Macie Carpenter, and Meagan Farmer all led the front row with killer skills and determination! This team is a thrill to watch succeed. Close like sisters, the volleyball girls are a force to be reckoned with and fantastic team members. 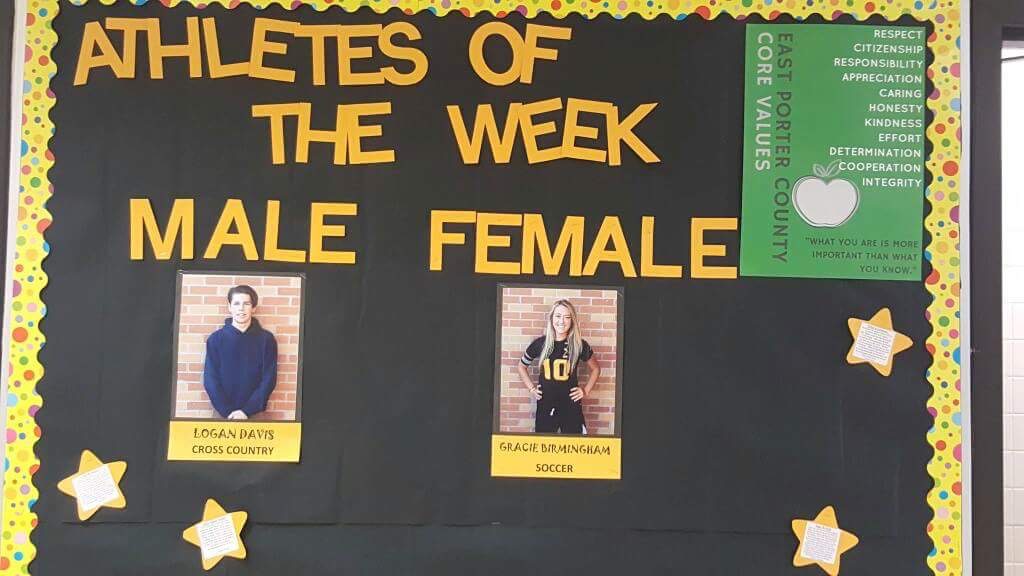 Student Appreciation
Five students, five different passions, three completely different sports, but all managing to stand out and step out!

Senior Chloe Koedyker dominates the volleyball court with a raw determination and outstanding passion for the game and the sport. With top digs, serve receives, and attack kills, Chloe is really filling into her leadership position, guiding her team to victory game after game!

Sam Kropp is another senior with a love for the soccer game. As captain, it is Sam’s duty to lead the team to victory, and he has. But, on top of being a captain, Sam is an excelling student, participating in Student Council, Honor Society, and Jazz Band. Sam is also a member of SLYCE, also known as South Shore Leadership Youth for Community Engagement Program which is a group that focuses on training high school leaders within the Northwest Indiana!

Grace Birmingham is a soccer captain, as well, leading the school on field, Student Council and Honor Society. Grace is a talented pianist who has performed since the 7th grade, earning two golds at ISSMA and is a part of Hopestone Youth Group.

Junior Hannah Maier is another athlete who sparks excitement on the volleyball court. With a contagious laugh and a can-do attitude, Hannah is a team leader on the volleyball team. Always giving 110, Hannah is found as a leader in serve receive, attack kills, serving, and digs!

Senior Logan Davis loves to run! This student athlete is obsessed with cross country and the team. With a constant positive attitude, Logan is an excellent team member and individual.