The month of October has brought many exciting opportunities to New Prairie High School. From a sports standpoint, the football postseason is upon us and other sports are wrapping up as well. The band is playing some great shows. Also, the student body has experienced some really amazing assemblies.

Starting with sports, football is one sport that the entire student body rallies around. The football team is wrapping up their regular season and gearing up for the postseason. Although they did not win the Northern Indiana Conference, they still feel very confident that they can get hot and make a run in the playoffs. The Cougars will open up sectional play with a matchup against the South Bend Washington Panthers.

In other sports, tennis has ended after a strong postseason showing. The volleyball team is getting ready for sectionals. Other winter sports have started to get ready for their upcoming seasons which are rapidly approaching.

The marching band has done a fantastic job this football season and they are continuing to get better week in and week out. The band is led by head drum major Jacob Kessler who marched in the Macy’s Thanksgiving Day Parade last year and has booked his flight to march in it once again this Thanksgiving. 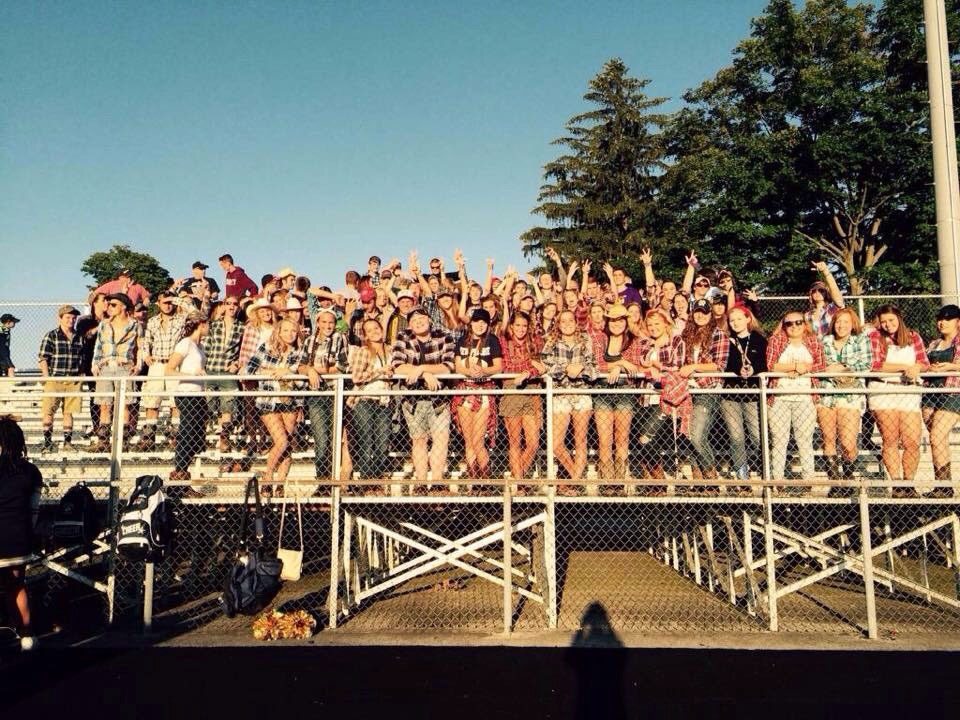 The band director is Mr. Patrick Teykl. The halftime show that the band has performed this year is titled, “Letters From Home.” The show is a tribute to war heroes.

As mentioned earlier, Patrick Teykl is the band director at New Prairie. Teykl attended Indiana University and marched in the marching band during his time in Bloomington. He took over three years ago and has really turned the band program around. The band at New Prairie has always been special and Teykl has brought a deep passion back to the program, turning New Prairie High School’s Marching Band into one of the premier bands in the entire state of Indiana. We thank Mr. Teykl for his hard work and passion and for all that he has done for the band and New Prairie. 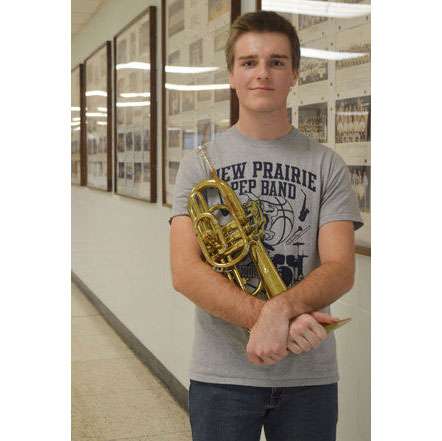 Jacob Kessler has been an instrumental part of New Prairie over the course of the four years that he has been here. His days of marching with the high school band dates all the way back to his junior high days. From a young age, Kessler had shown great potential in music and has grown into a prominent musical figure around the local community.

As a junior, Kessler was named a drum major for the band. He holds the same position today as a senior. Not only did he receive the honor of being named drum major as a junior, but that very same year he auditioned and made the cut to march for the All-American band in the Macy’s Thanksgiving Day Parade. This year he will receive the same honor as he walks through downtown New York City with his mellophone.

Bullying has been a problem throughout the United States for a number of years now and Schools across the country have taken initiative to put a stop to bullying. New Prairie is no exception. There is one hard part to putting these programs together and, that is the fact that it can sometimes be a challenge to keep high school students engaged and interested. New Prairie seemed to be able to find that perfect mix of entertainment and information.

The month of October has been full of exciting events and the month isn't even through yet. Fall sports are wrapping up their regular seasons but are hoping to perform well enough to go well into the month of November. The marching band has put on an amazing halftime performance and they are looking forward to their competition to bring some hardware back to the high school. Assemblies have come to New Prairie and have brought some great performances along with great information. The year has really just begun and we have already had so much fun with only more fun guaranteed to be in store.