And just like that, another year is at a wrap. Nine long months of studying, working, acting, singing, playing ball, and living eventful lives. This final month was no exception to that.

Athletics
On April 21st, Whiting football players and coaches spent the night at George Rogers Clark High School’s gymnasium to watch one of Whiting’s coaches make his debut to the wrestling world.Franklin Elementary was hosting a fundraiser featuring the ACME wrestling promotion, but with a little twist. One of the main events was the “Teacher’s Battle Royale” featuring the ACME wrestlers as well as Franklin teachers, including Whiting football coach, Jason Jendreas. Coach Jendreas has taught at Franklin Elementary the last few years teaching at Franklin after leaving his temporary position as gym teacher at Whiting. The fundraiser was a success and hopefully sparks even more creative fundraisers throughout the community.

While some Whiting faces could be seen at Clark’s event, you are more likely to see them lining the stands at Whiting’s own events. With softball, baseball, and tennis all in season, it is no issue finding an event to attend. Up to this point this season, Whiting Softball has an 8-12 record overall and are 5-9 in conference, with their next game on May 22nd against River Forest. 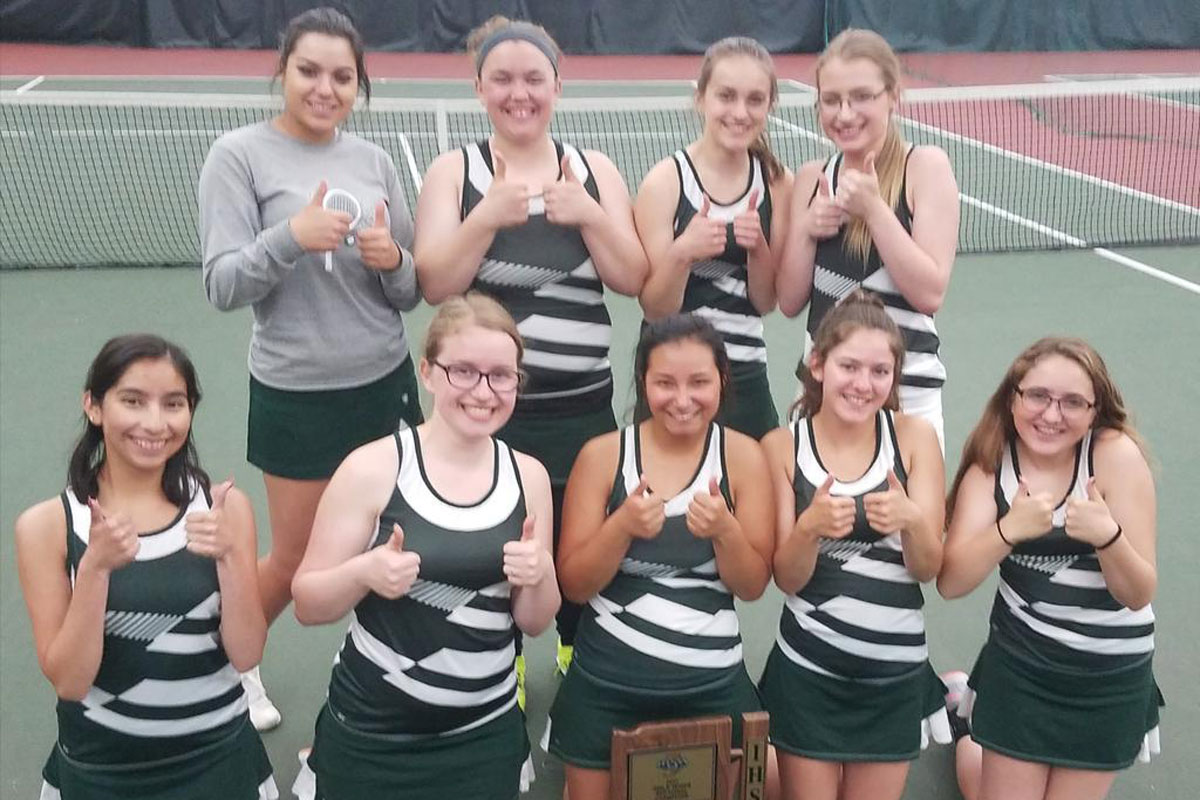 Star player and pitcher, Courtney Blackwell, was also named Prom Queen at Prom on April 29th, with Prom King going to a 2016 Whiting football captain and Vic Sahagun scholarship winner, Miguel Rivera. Up to this point in baseball, Whiting has seen a 10-17 record overall and an 8-8 conference record, with their next game taking place May 24th against Lake Station. Things have looked ever brighter for Whiting’s Tennis team, as they sported a 13-2 record after the conclusion of Senior night on May 12th. They were slated on May 15th to face Bishop Noll for the first round of the East Chicago sectional.

Whiting saw a victory that night and went on to face Clark for the second round that next night on the 16th. Winning once again, the team made it to the final round of the East Chicago Sectional, and the team took on East Chicago themselves. And on that night of the 17th, Whiting became the 2017 EC Sectional champs, making the whole city proud once again. 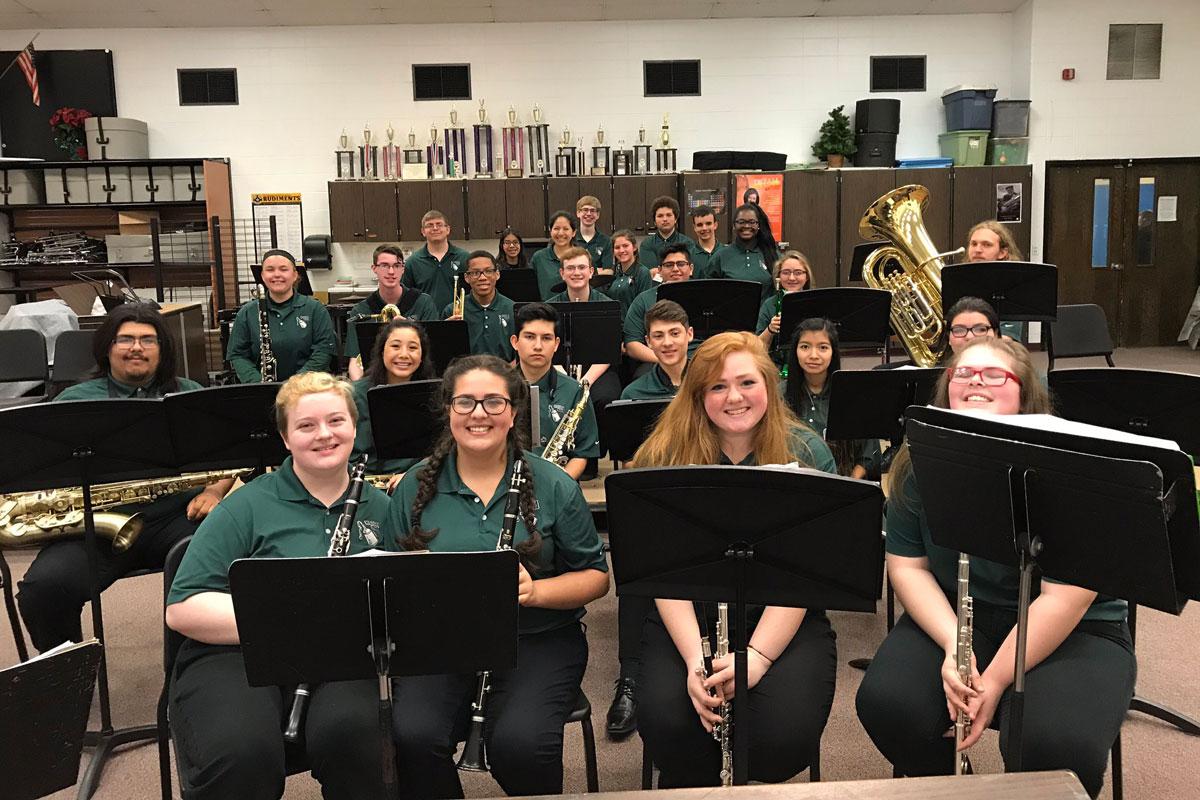 Arts
Whiting is big on athletics, but it is never one to ignore the arts. In fact, on May 6th, the Whiting Academic team won second place at state for Fine Arts, following major successes in placing at their previous qualifier on April 22nd.

The main attractions that grace the school’s arts aren’t slacking either. Although they don’t play for any of the spring sports in season right now, Whiting Band and Choir has done far from sitting around waiting for next year. After their successful Jazz concert a month ago, they had two new objectives, the first being preparation for an upcoming band competition. The competition took place on May 20th after a long drive out that Saturday morning. After excellent performances, the band and choir received an appraisal from the judges of just that, an “Excellent”.

Whiting band and choir were the only performing band and choir in their division, so naturally they took first and the true award was in impressing the judges with the best they could offer. Afterwards, the band and choir continued their fun as the family they are and went to Six Flags for fun and games to celebrate.Their second objective was preparation for the Senior Night concert, taking place on May 22nd. The concert will feature over 7 songs chosen specifically by senior members of the band and choir, and is also planned to have a dedication to Whiting’s long time Art teacher, Ms. Mindas. Ms. Mindas has played a crucial role over the years in sponsoring the Booster Club, creating scenery for the Drama Club, helping create floats for the annual homecoming parade, and overall teaching art and inspiring kids to be creative. 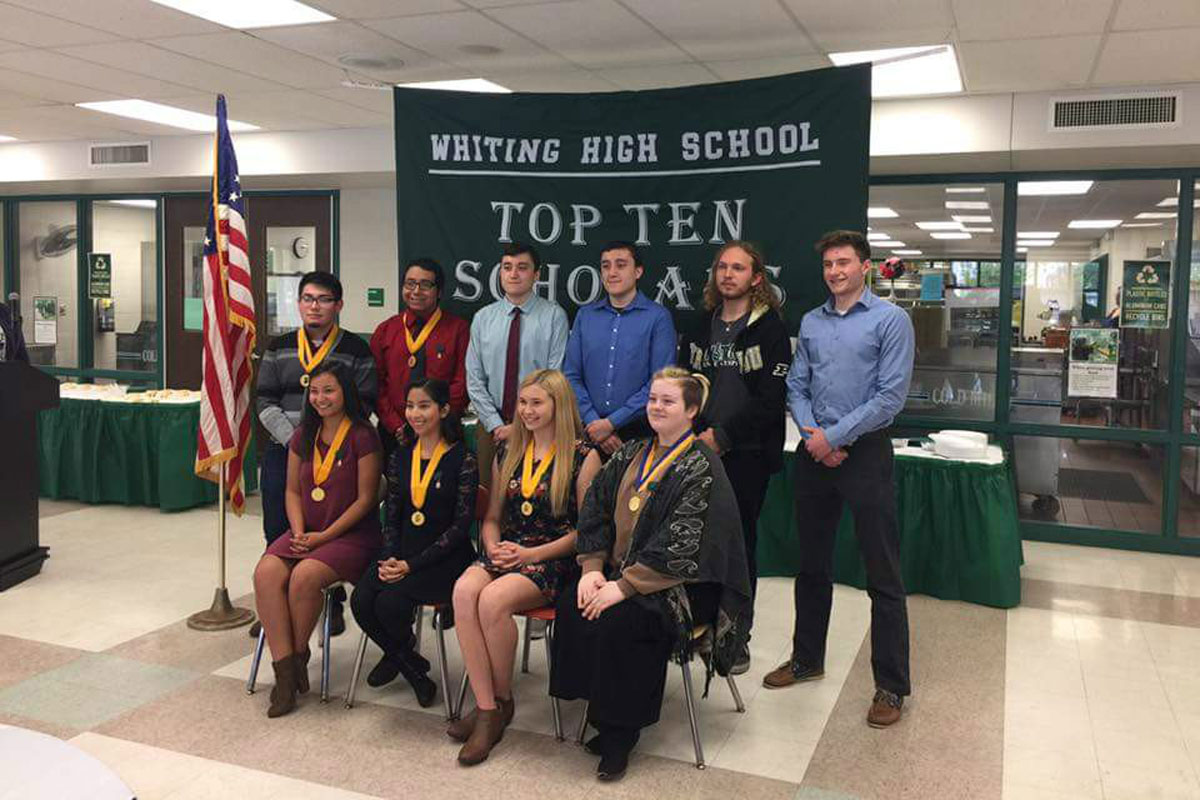 Different representatives of the school board and administration were present to give the certificates and tell stories about the kids they had watched grow up, and were about to see graduate in just a week’s time. The national anthem was sung at the beginning by Hope Huss of the Junior class and then the floor was opened to those in attendance to fill their plates with an array of food and dessert.

This year’s top 10 Seniors were Courtney Blackwell, William Ramos, Pablo Moore, Margaret Mills-Groninger, Jacqueline Zarate, Ethan Bibat, Adam Zorich, David Gormley, Samuel Bibat, and Ana Cornejo. Will Ramos was also the winner of the Top 10 Scholarship and is going to attend the University of Chicago. The top 10 Juniors this year were Julianna Scivinsky, Dejan Kloth, Oscar Figueroa, Hope Huss, Rana Hamad, Desiree Vega, Erica Gomez, Timothy Lowe, Amanda Bonchik, and Faith Huss. After receiving their certificates of recognition, families and administrative faculty stayed around, taking pictures and enjoying one of the last times they have together after years of knowing each other.

On May 24th, Whiting lets out for the summer and the Seniors will give their last goodbye to the classrooms they spent the last nine months, and for some, a goodbye to their second home for the last twelve years. However, even with the year over, the year is not over, as some students return the next morning and continue to attend the Area Career Center until June 5th.