On April 9th, a select group of Westville’s Quizbowl team went to Lakeshore Public Media to compete on “Making the Grade,” a local game show where school teams from the area compete in an academic tournament for scholarship money. The show consists of four rounds including a question and answer round, a pop quiz round, a class project round, and a final exam round. Each round is timed and has different parameters such as how much each question is worth and whether or not contestants are able to confer with their teammates.

For the students on Westville’s Quizbowl team, their entire season was leading up to this moment. The team had three practice competitions against South Central’s Quizbowl team during which students kept track of how many questions they answered correctly. At the end of the season, Westville’s coach, Mrs. Joll, tallied up which students had the most correct answers and those students made the team for the game show. This year’s contestants were Jaron Hannon, Christopher Sherwood, Jacob Griffin, and Mason Kraemer.

During the filming of the show, students put their minds to the test answering questions from topics ranging from Current Event to the Arts. It was a close competition and both schools had a blast facing off to advance to the next round of play. The episode is set to air in mid-May on PBS. Make sure to tune in and see the students of Westville have the experience of a lifetime. 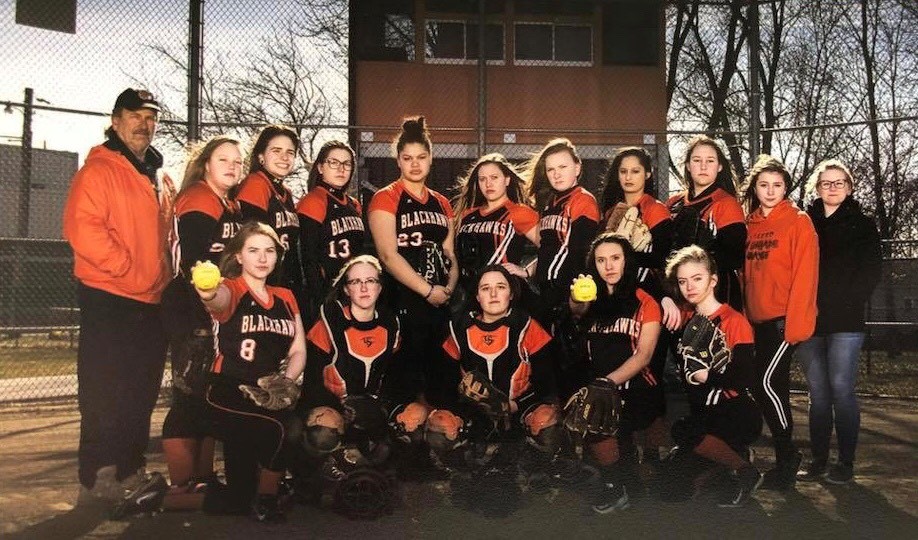 Spring is here, and even though the weather may not be the norm for the season, the sports must go on. This includes the girls softball season.

This year the team is coached by Mark and Roxie Dineen, Jeff Cunningham, and Shaina Jacks. They started open gyms and practices very early on in the season and practiced every day so that they would be fully prepared for their games. During their practices they ran rigorous drills on hitting and fielding. By the time their first game came around, they had a full team of 14 girls who were all ready to take the field.

The team started the season off with a scrimmage against Michigan City High School and continued with the first official game on March 27th against Kankakee Valley. That was only the start, though, as the girls have a busy couple of months and a promising season ahead of them. They have a total of 16 remaining games, 8 of which are home games. The standing dates of their home games are:

Make sure to come out and support the team and see a great game this upcoming season. 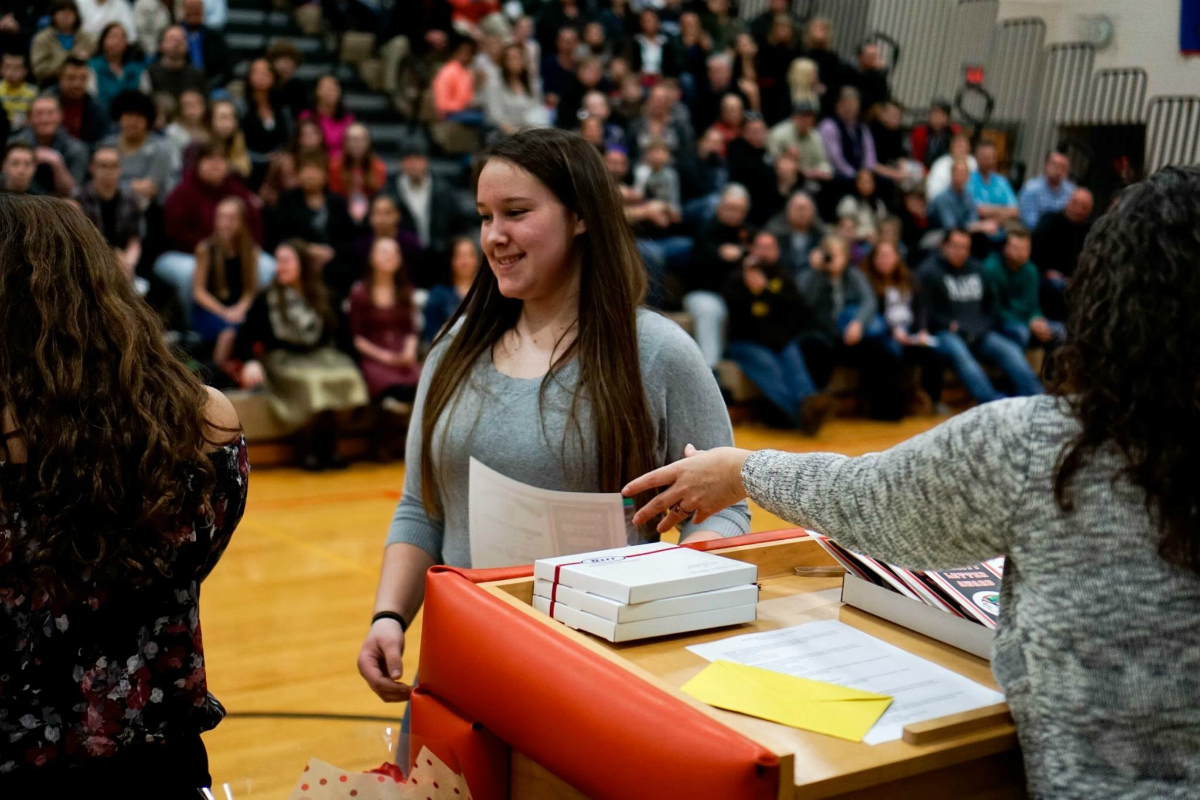 This month’s student spotlight is Ali Hisick. Hisick is a junior at Westville and has attended the school since kindergarten. She is a very involved and dedicated student and community member.

Hisick participates in numerous sports and clubs including volleyball, softball, poms, Athletic Council, and Student Council. She has a passion for sports and even continues to pursue them outside of school by taking part in Dunes and beach volleyball in the off season. Being part of a team is where she belongs.

“I love my teams and developing the special family dynamic that comes with being a part of a team unit,” said Hisick.

Along with her passion for sports, Hisick also has big plans for her academic future. She loves science, specifically chemistry, and plans on attending either Indiana University or Purdue University after graduation. She hopes to pursue a career in the medical field as a veterinarian or a respiratory therapist.

When Hisick isn’t practicing or playing in one of the many sports she’s involved in or working on school work, she loves reading, catching up on her Netflix favorites, hanging out with friends, and practicing bow and arrow. She loves to travel and compete in pretty much any type of competition.

Hisick is a fun and energetic student who loves being involved and taking advantage of all the opportunities that high school has to offer, 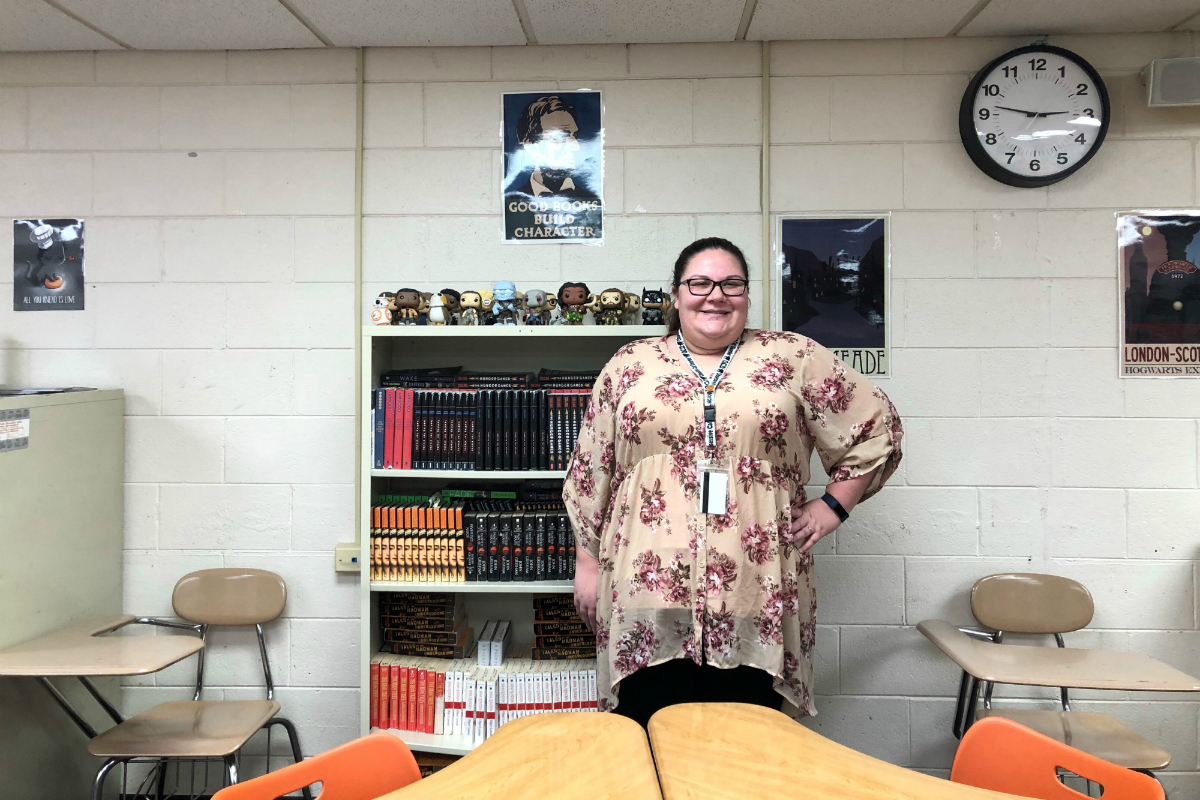 This month’s teacher spotlight is Mrs. Wagner. Mrs. Wagner has been a teacher at Westville for two years, and Westville was her first teaching job. Before becoming a teacher, she went to college at Manchester University for English in Secondary Education. She currently teaches English 9, Creative Writing, and Novels.

Along with her classes, Mrs. Wagner is also the new sponsor of the Westville Chapter of National Honor Society. She has also started and run The School Closet for two years. The School Closet is a group that collects donated clothes and then runs a drive to give them to students in need. Wagner is a very caring and enthusiastic teacher who enjoys interacting with her students and helping them make the most of their high school experience.

“I love getting to know all of my students, building relationships with them, and knowing that I can make a difference in their lives,” said Wagner.

When Wagner isn’t teaching or overseeing after school activities, she enjoys reading, watching movies, and hanging out with her cats. She’s also a big fan of Harry Potter, musicals, and plays, her favorite being Les Misérables. Mrs. Wagner is a very fun-loving and influential teacher, and the Westville school community is lucky to have her.