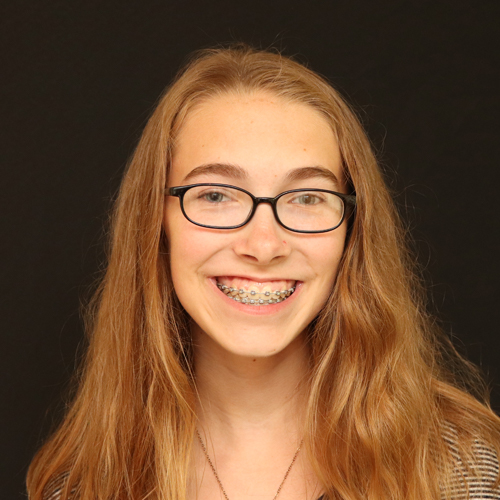 Fall has arrived! For the community of Westville, that means it’s time for our annual Pumpkin Festival and parade. Each year the Pumpkin Festival takes place at Prairie Meadow Park, where many vendors come from all over the area. This year, the fest took place on the weekend of September 28th through September 30th. Along with visiting all the shops each vendor has to offer, the Pumpkin Festival has much more to provide for a weekend full of entertainment for the whole family.

On Friday night of the festival, middle school students came out to the park to enjoy a dance under the tent. Saturday morning held more fun, as it was the Pumpkin Festival fall parade. In this parade, many organizations and clubs participate in marching through the town. Some of the groups representing Westville High School that took part in the parade were the Poms Team, Cheerleading Squad, Band, and FFA. Also making an outstanding appearance was Caitlyn’s Cause, who was marching to spread awareness of all the children who are currently battling or have overcome cancer in our community. For the athletic there was also a 5k run/walk and a children’s fun run race that took place on Saturday. Carrying the fun and excitement into Sunday was the Lion’s Pancake Breakfast, and later on, a tractor pull. This Festival is fun for all ages, after all, who wouldn’t enjoy all of the food, entertainment, booths, and contests it has to offer?

Brisk air, trees turning orange and yellow, and leaves falling all are signs of fall coming. One of the best things about fall is everyone’s favorite spooky season, Halloween. With Halloween steadily approaching, Westville is preparing for an evening of ghostly fun this October. Friday, October 26th Westville High School will be hosting our annual “Trick or Treat Around The Track” where students walk around the track in costume trick-or-treating for candy.

Providing these tasty treats will be clubs and sports teams from the school. Along with passing out treats, they will also have a game for the trick-or-treaters to play and win candy. This will be an evening full of fun for the whole family! Also coming up this month is Westville High School’s Fall Ball dance. This year’s theme is “Spooky Masquerade.” Students are encouraged to dress in semi-formal attire and can wear a masquerade mask if desired, in the spirit of Halloween. With a long school year, it is always nice to have small breaks here and there. Coming up on October 18th through October 21st, students at Westville High School will have Fall Break.

Ms. Joll, the 7th and 8th grade science teacher, is an amazing teacher at Westville. Not only does Ms. Joll teach science, she also leads many clubs at the school. Just recently, Ms. Joll started “College Club” which is led by her and guidance counselor, Mrs. Wilkinson. Ms. Joll is also the head coach of the Science Olympiad team at the school. Ms. Joll has coached Science Olympiad for fourteen years and says that her favorite thing about it is interacting with all the students and parents. Coaching this club for so many years has even let her form long friendships. In addition, Ms. Joll is on the Science Olympiad state committee and is the Union President of the Westville Teacher Association. Adding another title to her name, Ms. Joll is also the head of the science department at Westville.

To be able to reach all of these amazing achievements in her career, one must attend many years of schooling. Throughout the course of college, Ms. Joll earned a Bachelor’s Degree in Chemistry and Education and an Associate’s Degree as a Surgical Technician. Earning these degrees led her to attending Triton College, Purdue Northwest, and Columbia College. Before coming to Westville, Ms. Joll taught at Chesterton Middle School where she also specialized in 8th grade science. This is her 5th year teaching at WHS and her 14th year teaching overall. Something that most people don’t know about Ms. Joll is her military background. Ms. Joll followed in the footsteps of her father and other siblings, and joined the Navy in which she served in for 7 years. Furthermore, in her free time, Ms. Joll loves being outdoors and is a master recycler.

In high school, there are many extracurricular activities that students have the opportunity to be a part of. One student that is very involved at Westville High School between clubs and sports is junior, Kelsie Choy. During this fall and winter sports season, Kelsie is a star player on the Westville High School girls bowling team.

Throughout the school year Kelsie is involved in many clubs, one being “The Breakfast Club” which she recently started herself. This organization promotes the importance of eating a healthy breakfast and good nutrition.

“In this club, breakfast enthusiasts get the chance to eat and discuss their favorite breakfast items,” stated Kelsie. Members show each other recipes and even create new ones in this group. Aside from all the delicious food, this club advertises bonding experiences through cooking and eating with one another. Kelsie recently said that she wanted to start a club like this at WHS because she enjoys baking and meeting new people who share the same passion. In addition, Kelsie was chosen to be a member of the National Honor Society, where only a small selection of students from grades 10th, 11th, and 12th get in based off of their grades. She is also a part of the P.O.W.W. club which stands for Positive Optimistic Wonder Workers. This club works to spread positivity and kindness throughout the school and community. Furthermore, she is a part of the Movie Club and holds the titles of Junior Class President and Student Council President. Overall, Kelsie is very involved at Westville High School, both in clubs and volunteer work, and academically.