The fire truck and police sirens weren’t going off for a fire call on Saturday night, Jan. 21st. The sirens were for the Westville Varsity Boy’s Basketball team winning the Porter County Conference Tournament. That Saturday will go down in the record books, the Blackhawks won the PCC Tourney for the first time since its beginning.

Westville drew Washington Township for the first round of the tournament.

Nathan Albers stated “Dang it was suppose to be us and Washington Township in the championship game.”

Westville’s only lost had been to the Senators earlier in the season (53-58). First round of the PCC both teams played like it was the championship game. The tournament goes beyond the basketball game. Cheer, dance/poms, and pep block competitions were a part as well. Thursday’s game was Westville’s Hollywood themed pep block versus Washington Township’s U.S.A. themed pep block. Each school brought their A- game on the court and in the pep block. The cheering went back and forth between the Blackhawks and the Senators. After a hard fought game that had everyone on their feet Westville inched past Washington Township by one point in overtime. (59-58).

Junior guard Tyrese Walker said “ Pulling off the win against Washington was the most relieving feeling ever. It was a weight lifted off our shoulders getting through them in the first round.” 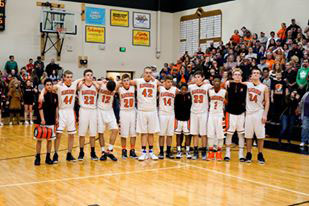 Westville advanced to Round Two to play South Central Saturday afternoon. The Blackhawks pulled off the win against the Satellites (53-40) advancing to the championship game.

The boys knew the next game that day wouldn’t be an easy one.

Junior center Chase Klosinski said, “Between games I went and played darts with a few other teammates to keep our minds from going crazy and calm us down. We all knew the next game was going to be the biggest game we had ever played in this season.”

Championship game Saturday night at 8:00 pm Westville Blackhawks vs. Hebron Hawks. The fan bus was scheduled to leave at 6:30. Fans and students were leaving hours before the game started to get a good seat and cheer on the Blackhawks. Students, teachers, parents, and former Blackhawks took over the gym. To say almost all of Westville’s population was in Kouts gym that Saturday night might not be an understatement.The bleachers were packed with people in orange and black or red and white. 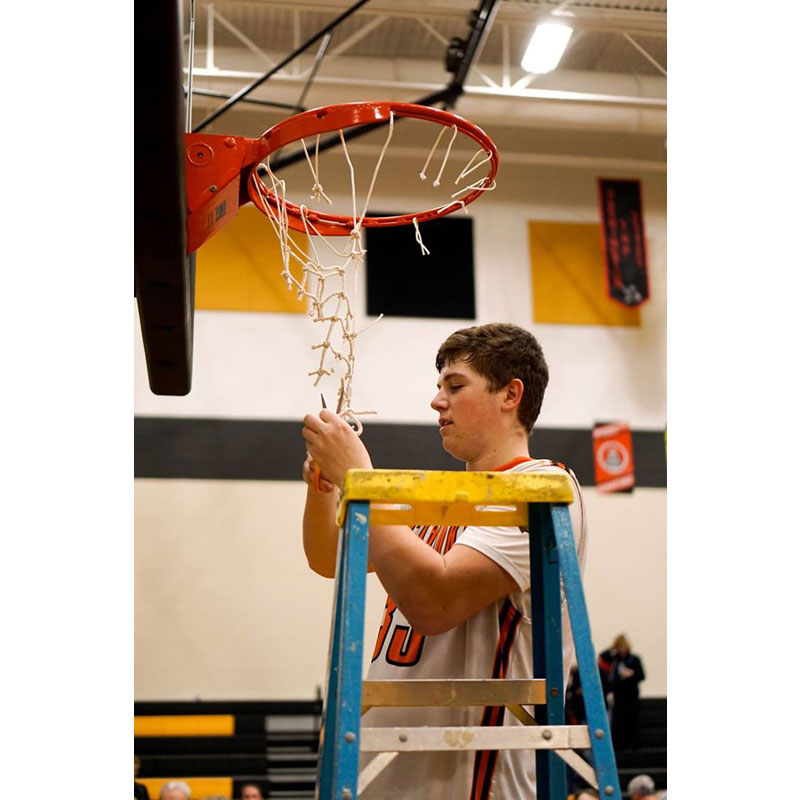 Junior guard Cade Albers said “ In the locker room during our huddle before warm-ups we all agreed to play as a team and we knew the trophy meant more than any one player’s stats.”

The whole night if the Hebron Hawks weren’t screaming then the Blackhawks were, and when one team’s fans were screaming the others were in silence after a clutch three or a crazy put-back from the other team. Hebron Hawks were up by four at halftime and then got up by seven going into the fourth quarter . The Blackhawks had their work cut out. Westville came back, down by one point with 8.9 seconds left and had possession of the ball.

Coach Nate Morzinski called a time-out to set up a play to score, which was nothing new to the boys after being in the same situation in the game against Washington Township. The play did not run as planned the ball got tipped around but Cade Albers manage to get a hold of it and made a pass on the baseline to Senior Brandon Watkins who missed a tough shot, but got tipped in by Senior Nathan Albers to put the Blackhawks up 47-46.

Brandon Watkins relived the moment, stating “ I jumped so high after seeing Nathan’s shot go in and then I immediately froze when the Hebron coach called a timeout because I knew the game wasn’t over there was 2.1 seconds left on the clock.” 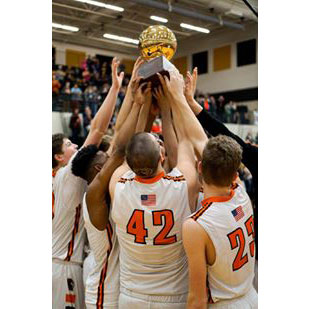 Hebron came out of the huddle, and got the ball in-bounce and threw a shot from half court that was no good. The students and close fans stormed the court screaming. Fans and players piled on top of each other hugging each other.

Westville Blackhawks had just won the PCC Basketball Tournament for the first in time in the Porter County Conference Tournament history.

The team had a police escort back to the school where tons of fans waited to congratulate the boys.

Along with the keg and trophy Westville also brought home the Best Pep Block Award in the PCC.

Still after a week since the first game, each player and both coaches said it hasn’t fully set in. Senior Nathan Albers who had the winning shot of the game said, “ I keep replaying each play in my mind from the game. It was truly one of the best moments of my life!”.

Coming back to school Monday, every teacher played the last play of the game to their class at least once. It was a moment that no one will forget in Westville history.