How Many Schools Do This?
On the surprisingly sunny day of February 2nd, there was a commotion on the Lake Road as the entire student body made their way down to the Marsch Gym. School had ended early at 2:15 P.M. in lieu of something a tad more exciting. As students trickled in, each were told to stand next to their respective Head Cup team flag and await further instructions. It was time to begin the major winter battle for Head Cup team points.

The first game was simple enough: each team member was given a number. Then, pingpong balls were scattered on the floor. Lastly, the person had to find the pingpong ball that matched their number and line up in numerical order with the rest of their team. Each team scrambled to achieve the task, but it was team Moore that came out with the win.

The second game was classic dodgeball with a small twist. Instead of two teams battling it out, all four Head Cup teams played at the same time. Teachers were lined up in each corner to guarantee the honor code was kept. Team Sullivan was the victor for dodgeball.

The last game was the ever popular game of Capture the Flag. Many strategies to protect each team’s respective flag was taken with Bunting creating a human shield around theirs. In the end, it was Moore who again came out with the victory. As of right now, team Moore is in first place, team Bunting is in second place, team Sullivan is in third place, and team Webster is in fourth place.

Laughter also played a big part at La Lumiere’s campus this month. The improv team put on two wonderful shows at the Elks Lodge in Michigan City and at La Lumiere’s very own Fine Arts Building. The proceeds from the show at La Lumiere are going towards the community service trip to Nicaragua several students are leaving on in a few short weeks. 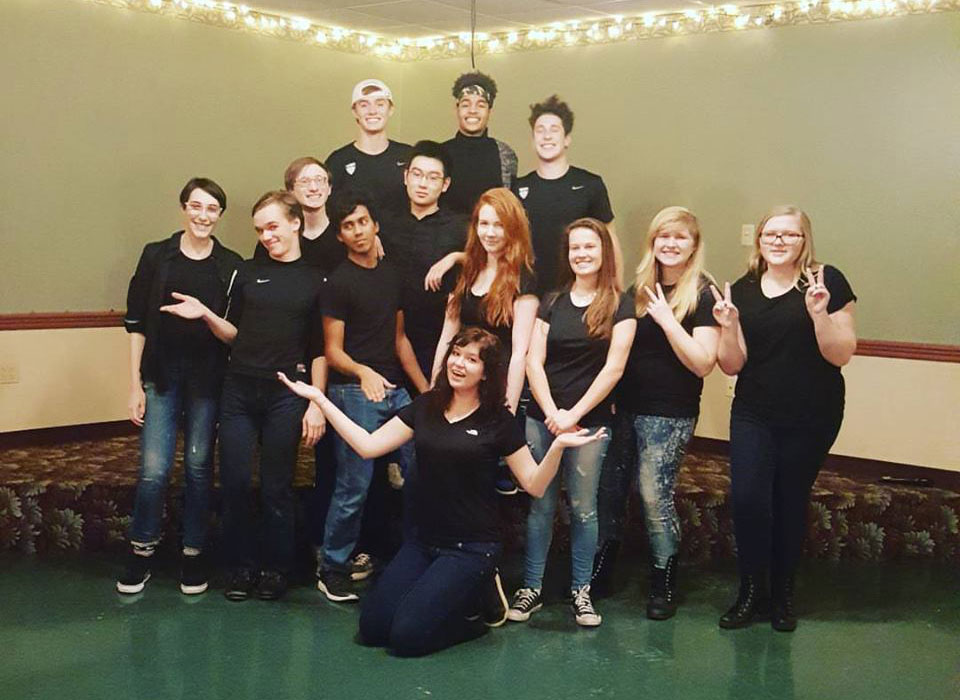 Laughter is the Best Medicine: Sydney Benacka
Nobody lights up the dreary month of February quite like La Lumiere’s improv team. Sydney Benacka ‘17 is the leader of the operation. Sydney has always enjoyed making people laugh, and the stage is her second home. 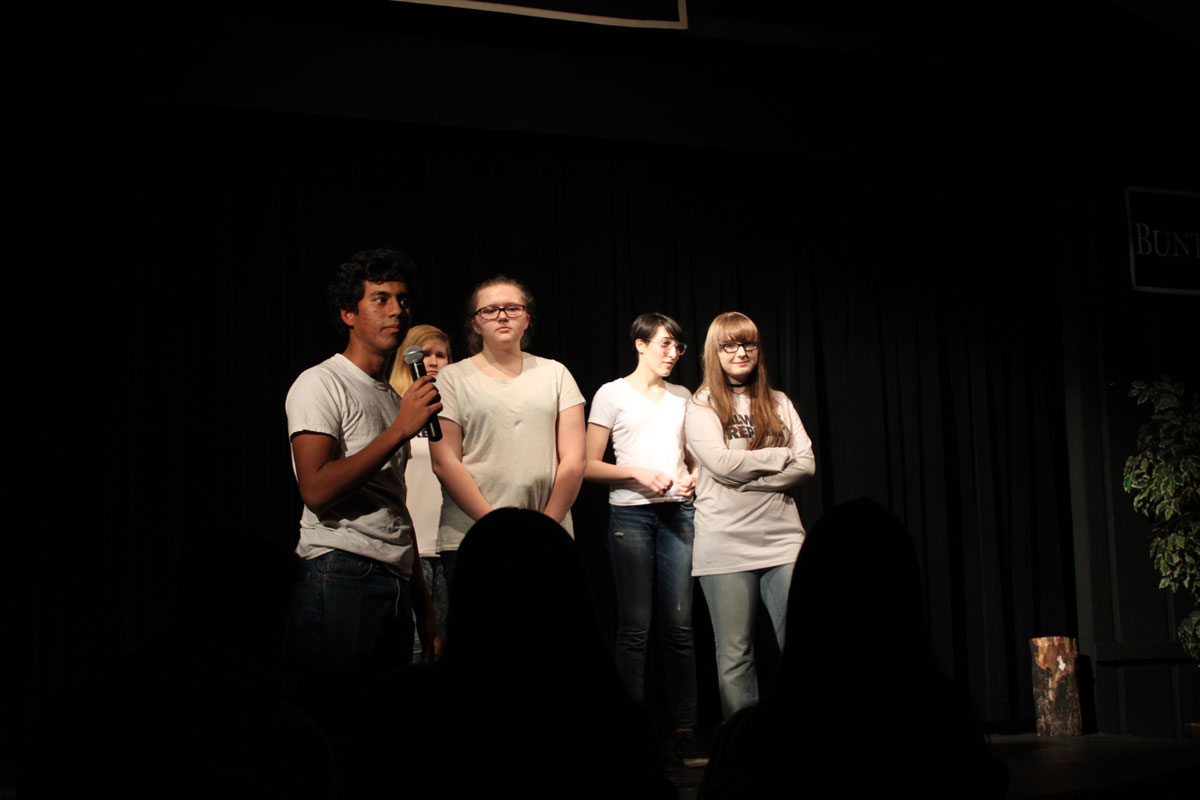 “The catalyst to actually make me pursue comedy was theatre. La Lumiere has helped me so much with that,” says Sydney on how she decided to join improv and eventually lead it. The improv team has been hard at work this month performing at the Elks Lodge in Michigan City and at La Lumiere. No matter where they go, a good time is always had by all.

“La Lumiere has taught me to be a lot more outgoing than I used to be. Thanks to the small, tight-knit community, it has been much easier to make myself the person that I am now.” Sydney has been studying comedy at The Second City in Chicago and hopes to pursue a career in it. She plans to do a double major with comedy or theatre studies intertwined. 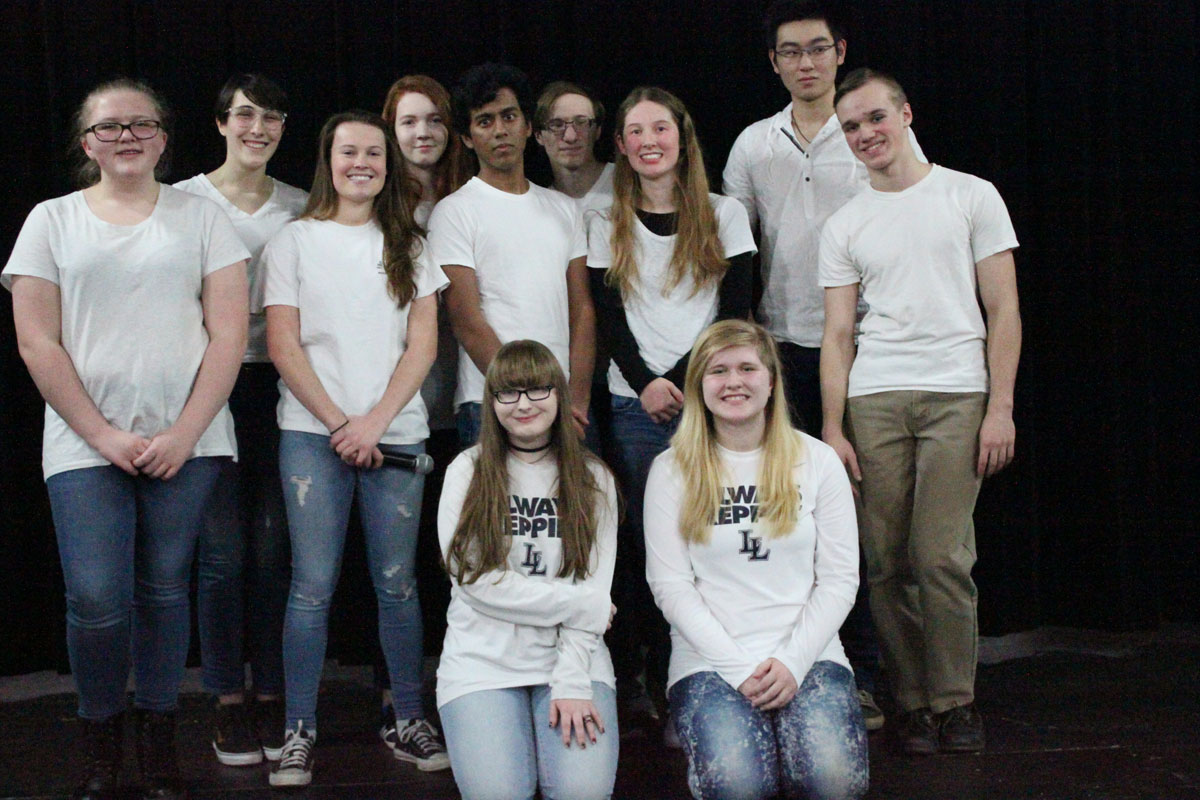 “I hope to land something that makes me happy for the rest of my life,” says Sydney. With her wit and talent, we have no doubt that she will.

It’s That Time of the Year Again
With basketball season drawing to a close and the promise of spring quickly approaching, students begin to hear the sweet reminder to, “Get your recipes in!” The Taste of La Lumiere is one of the largest events La Lumiere hosts all year with 100+ different dishes offered. This year it is officially scheduled for Friday, April 7th at 7 P.M. Tickets will go on sale at the beginning of March and can be bought on La Lumiere’s website or at the main office. Children 10 and under will be free. Not only is the Taste a fantastic way to show off the diversity of La Lumiere, but it is also a great way to bond with the community. Of course, the food is an excellent bonus!

Varsity White are anxiously awaiting to hear if they will be playing in the Dick’s Nationals Tournament. That announcement should be made in early March. 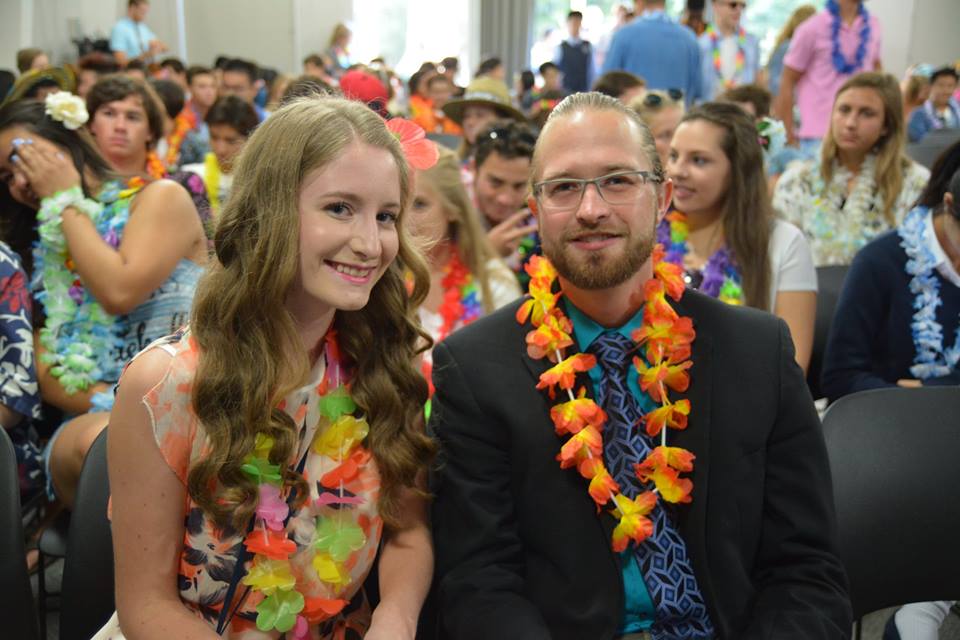 Vamos a Nicaragua: Tim Earles
Sometimes life takes us on journeys thousands of miles away for us to find a place we belong. In 2008, a young Northwestern student by the name of Timothy Earles found out that place would be Nicaragua. Mr. Earles, La Lumiere’s Algebra II and engineering teacher, had the wonderful opportunity to move to Nicaragua and teach the children down their through Fabretto Children’s Foundation. While initially going down there to help out with engineering projects, he was needed much more as a music teacher.

“[The most rewarding thing] was giving the kids an opportunity to learn something that they otherwise wouldn’t have an opportunity to learn,” says Mr. Earles of his time spent in Nicaragua. While life may sometimes take you on a journey thousands of miles away, it also has a funny way of calling you back home when the time is right. Mr. Earles was asked to host one of the three student groups visiting Nicaragua for service trips. The students he led were from La Lumiere. Immediately, he knew he wanted to be a part of the La Lu community.

“I saw that there was something special between the faculty and students here, and I really wanted to be a part of that and have the opportunity to shape students lives.” Mr. Earles made his way to La Lumiere shortly after. He now leads a yearly service trip to Nicaragua through Fabretto Children’s Foundation during La Lumiere’s spring break. The students often bring down donations of toys and school supplies for the children and help repair buildings and plant gardens.

On the importance of the service trip, Mr. Earles states, “I believe it is important for the future leaders of the world to walk the dirt paths of some of the poorest people in the world. And learn to serve and that the implications of our decisions of a country have far reaching effects in history.”