On Wednesday, January 10, Herb Stepherson took the hot seat in front of over 1,300 Hobart High School students to tell the story of his journey with drugs, prison, and more.

Herb Stepherson, author of the novel "Junkbox Diaries," has faced a life of recoil over the mistakes of his youth. Born in Jonesboro, Georgia, Stepherson was a normal young boy who enjoyed riding bikes and playing sports – baseball in particular. It was not until his move to Northwest Indiana as a preteen when Stepherson came into contact with the substances that would bring his life into a downward spiral.

As students piled into the gymnasium, with Stepherson sitting front and center, they didn’t judge him to be someone who has been through the struggles that he has. In fact, he looked very strong and healthy. Stepherson’s presentation to the student body of HHS was well received and provided one underlying message: do not make the same mistakes he regrets so much.

Stepherson attended Valparaiso High School, and by the age of fifteen, he was stealing his parent's alcohol and becoming insufferably drunk whenever he had the chance. However, it did not start this way for him. It began by getting drunk one time with his friends. By the age of eighteen, Stepherson moved on to harder substances and was living a life to match his choices. Being a high school drop-out, Stepherson had plenty of time on his hands to find himself in danger.

He is now thirty-two years old and has been living a clean, sober lifestyle since a life-changing prison stay in 2015. Recovery is something Herb did not believe to be possible for over half of his life. Two options were instilled in his mind: prison or death. For many addicts, these two options are the most common. Not until a terrifying run-in with the thought of suicide did Stepherson think recovery would be possible for him. Weighing out this decision, Stepherson was terrified and knew that recovery was not only needed for him, but for his young son which, Stepherson’s love for was obvious.

Emotions were high throughout the presentation and even following. Stepherson’s book, “Junkbox Diaries,” is now being offered for free in the office of HHS and is strongly recommended by HHS Superintendent, Dr. Buffington.

Semi-formal is Right Around the Corner

HHS’s annual semi-formal winter dance is quickly approaching, and planning is underway. Set for Saturday, January 27, tickets are already on sale and the theme and decorations have been created.

HHS’ chapter of National Honor Society has been in charge of planning and decorating the winter semi-formal for several years and is one of NHS’s most anticipated events. There are different committees like Decorations, Music, Ticket Sales, Ticket Design, and more. Each member of NHS has their hand in the planning and/or decoration of the dance. On the day before the dance, the entire chapter will meet in the gym to decorate. Handmade centerpieces will be placed, and lanterns will be hung along with lights and more create the theme of “Enchanted Forest.”

Tickets are on sale for $20 each in the main office before and after school. It will be a time to remember.

Senior Athletes in the Spotlight 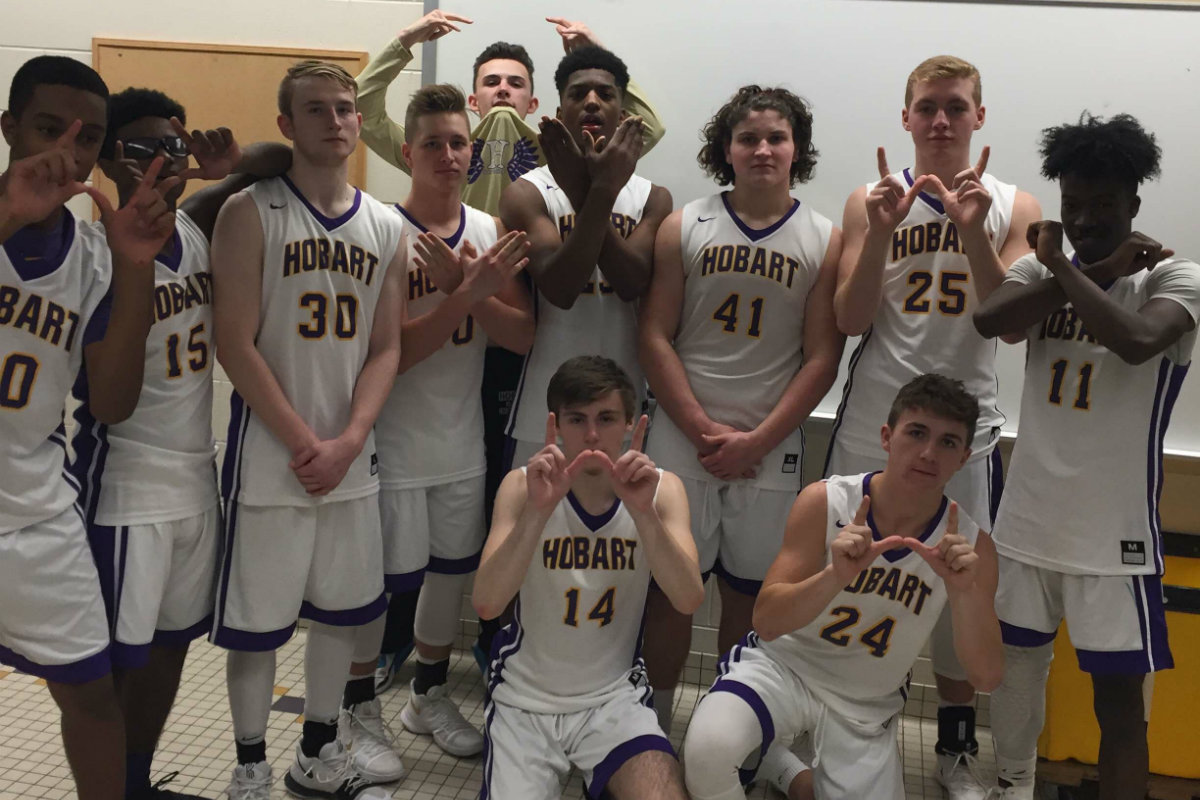 With winter athletics dwindling down from the peak of the season, Senior Nights are all underway.

For members of wrestling, Senior Night was held January 9 at home against the Griffith Panthers. Hobart received the team point, with their senior wrestlers leading the team. Seniors Quentin Gomez, Mikey Gomez, Ryan Pisarski, Zack Fattore, Dante Colza, and Tylor Triana each were honored as their families walked them across the mat. Managers Vivica Garcia and Nicole McLaughlin were also honored for their hard work during years in management.

“Senior Night made me realize we are finally growing up and that things are moving so fast. I have been managing for three years and I have come to love this team like family,” said Senior Manager Nicole McLaughlin. 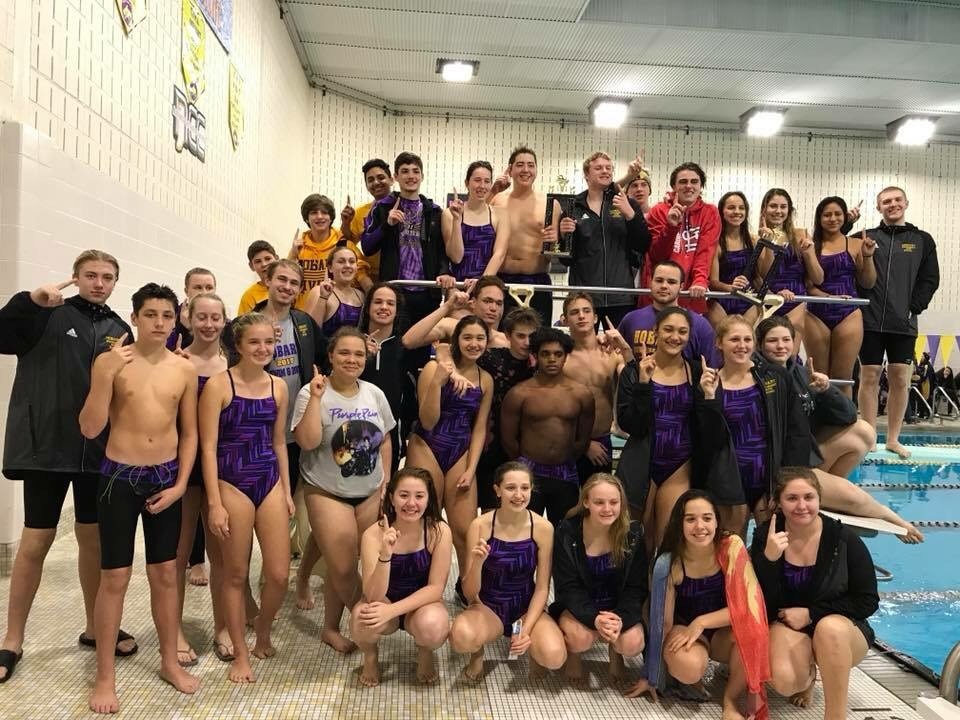 As for Swim Team, Senior night was set to occur January 16 versing Lowell. However, the weather pushed for all after school activities to be cancelled, so a rescheduled date is to be determined. Regardless of the cancellation, the swim team members made the most of the snow day with snowball fights and more.

Junior student, Wyatt Decanter, completed the Swim in Snow challenge and took to the snow face first in just his swim gear.

And for boys basketball, Senior Night was Saturday, January 21 against Munster. They have had an excellent season. 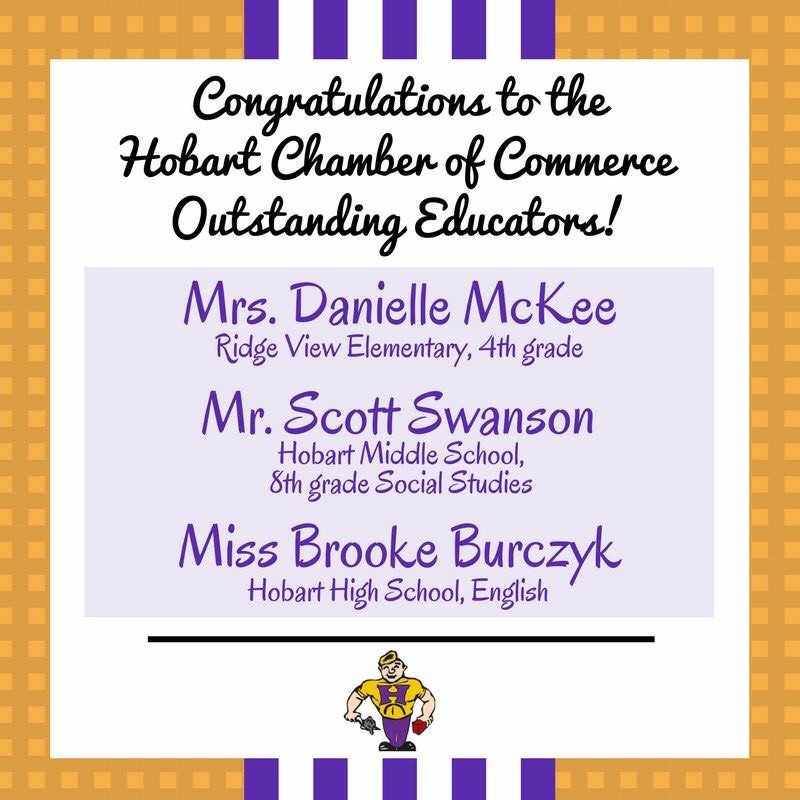 The Hobart Chamber of Commerce has just selected their Outstanding Educators for the year of 2018.

Ms. Burczyk, who teaches English at HHS, was selected for the award due to her patience and passion in the classroom. Burczyk is a very level-headed individual who knows how to help students reach the best of their abilities. Helping in college essay revisions, letters of recommendation, and more, are all ways she assists her past students, while she continues to teach her current students. 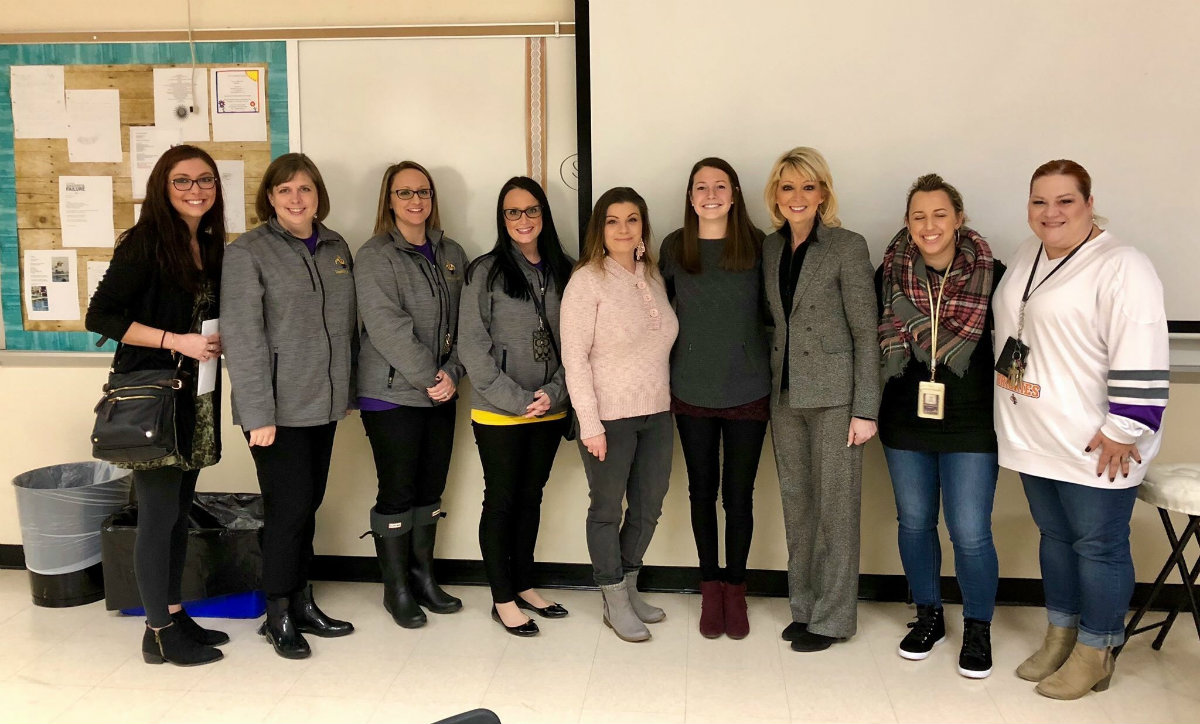 Senior student, Gerardo Lozano says Burczyk is by far one of the best teachers he has had within his years at HHS.

“Ms. Burczyk helped me to find my strengths as a writer when I had her my sophomore year. I became more sufficient as an English student then, and even now, she has helped me so much in my college admissions,” said Lozano.

The Hobart community is lucky to have such wonderful staff and teachers, like Ms. Burczyk.