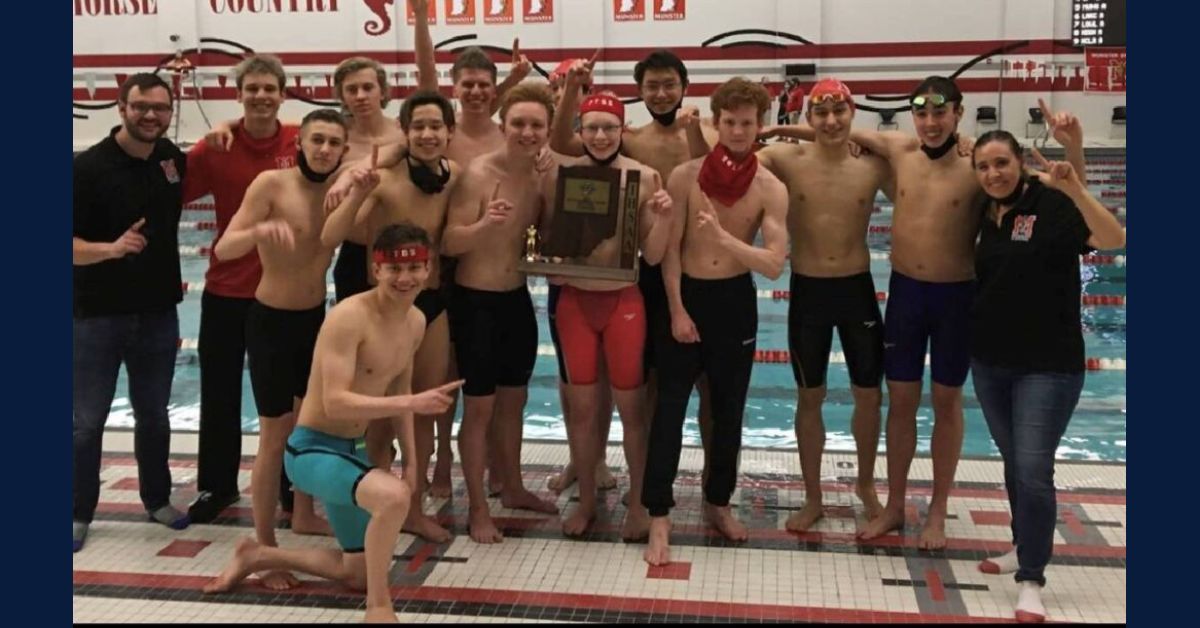 As the school year begins to end, the assiduous juniors and seniors are beginning their application process for the National Honors Society. Additionally, seniors are preparing for graduation as cap and gowns are ordered to celebrate all the accomplishments they have made throughout their four years as a Mustang.

Winter sports are concluding their seasons as numerous members on the Wrestling Team placed in regionals and have advanced to the Semi State Championship.

Meanwhile, the Boys Swimming Team dominated in their sectional meet, while the Boys Diving Team competed at regionals. Both teams will be advancing to the next level where they are expected to continue and advance to state!

The Girls Swimming and Diving Team had a successful run in their state meet. Unfortunately, though, the Girls Basketball Team had to cancel their season due to COVID-19, which caused them to forfeit their remaining sectional games. On the other hand, the Boys Basketball Team is still in session and were named conference champions.

Spring sports were unable to have a season last year due to COVID-19, and it has made the athletes and coaches ecstatic to get back to doing what they love.

Girls tennis, track, and softball have already had their callout meetings and have begun training in preparation for a successful season. Boys golf, track, and baseball have also had their callout meetings and have started preseason workouts as they build their teams for this year's season. The football team is generating a head start to their season as well as they have begun their winter weight training.

“I have always felt fortunate to find a home in the Munster educational community. It’s a community that values education; many families move to Munster specifically for the schools,” said Gordon. “Such symbiotic support between stakeholders and educators, between families, students, and school faculty, it helps drive interest and resources and it’s a pleasure to be part of that relationship.”

Gordon’s love for government was derived at a young age as he witnessed his parents’ heavy involvement in politics. After receiving his first job at a Waffle House, Gordon began making additional observations of the government.

“Working with people that we might categorize as the working poor forced me to see the disconnect and incongruity of hard work and quality of life; it forced me to come to terms with the importance of government, how it could be the very difference between home and homelessness, poverty and survival, for so many people.”

When he is not transferring his experienced knowledge to his students, Gordon enjoys camping, hiking, going on strolls through his neighborhood, and watching CSPAN.

“I also like to read nonfiction, its part of being a lifelong learner,” shared Gordon.

Kylee Marshall is currently a freshman at Munster High School. She is involved in the Black Culture Club, along with being a member of the Girls Track Team.

Amidst the pandemic, Marshall is one of many Mustangs who chose to attend in-person school because it provides her with a more efficient learning environment in comparison to being an at-home learner.

Fortunately, the safety precautions Munster High School has implemented have kept Marshall and with her peers safe, ensuring their education can continue to occur in the classroom.

When Marshall is not doing her homework, she is working on her craft: running. She is an outstanding sprinter as she has ran competitively for as long as she can remember. This year Kylee has set high expectations for herself.

“My goal for this year's track season is to hopefully make it to state, and since I am a freshman, that would mean the world to me,” said Marshall. “My other goal is to break my personal records and school records.”

This year’s track season begins in April, giving Kylee and her teammates an ample amount of time to train, which will guide Kylee to achieving the goals she has set for herself.

January was an eventful month as the winter sports of dance, basketball, wrestling, winter guard, cheer, swimming, and diving celebrated the team’s most prominent leaders during senior night.

In addition to celebrations, students came back to school after a long winter break of celebrating various holidays. Along with the rush of students in the hallways came the excitement of New Year’s resolutions and a clean slate for 2021.

Despite COVD-19 restrictions, the winter guard was still able to continue their winter season in January. Their season has consisted of a combination of hybrid, in-person, and virtual competitions. Since safety is the main priority, the athletes have been compliant with the adjustments made to their season and are excited about having the opportunity to compete.

New modifications in terms of club leaders came about in the beginning of this year as well. The film club received Benjamin Boruff as their new sponsor. Additionally, the African American Culture Club was re-named to the Black Culture Club. The Mustang Mental Health Club was also newly established and is designed to aid students in ensuring their mental health issues are prioritized during these precarious times.