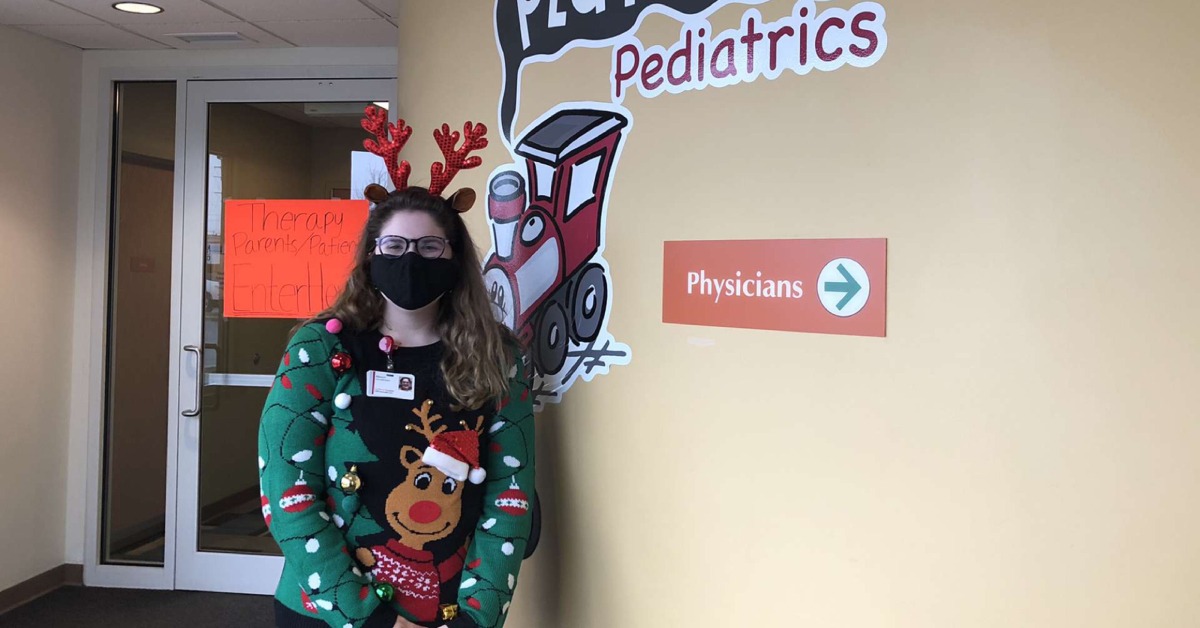 Cynthia Toth has been an English teacher for nine years, six of which she has taught at Westville Schools. During her time there, Toth has taught seventh grade, tenth grade, and twelfth grade AP English, and she has been the school’s yearbook staff advisor for the past three years.

In addition to teaching, Toth has led many clubs and sports teams at the school. She has been in charge of Westville’s Student Ambassador program since she began teaching at the school. As the club’s sponsor, she instructs student ambassadors on how to lead their fellow classmates and helps these leaders prepare lessons for their classes. The club teaches students valuable skills that they can use for the rest of their lives.

Toth also started the school’s Battle of the Books Club. The club is a year-long competition in which teams of students read a list of fifteen books and “battle” the other teams to see who knows the content best. In the past, Toth has also run a weekly tutoring session where she helped students catch up on their schoolwork and review the material they learned. She was also the high school softball team’s assistant coach, and she co-coached the middle school softball team.

Toth recently learned that she is pregnant, and as a result, she has begun teaching entirely from home. This has proved to be quite the challenge for Toth, especially with the unpredictability of the school year due to the ongoing COVID-19 pandemic. Toth has been working extra hard to ensure that her students still get the best education possible despite these challenges. She has been finding new ways to connect with her students and keep them engaged, such as using Kahoot to play review games and running classwide discussions, lessons, and activities on Google Jamboard.

One of Toth’s favorite parts of teaching is connecting with her students and watching them grow. She said she became a teacher because she didn’t always agree with her teachers’ methods, and she believed she could make learning fun and find ways to connect with her class.

“I became a teacher because I felt like I could make a difference in young people’s lives,” Toth said.

Ashley Seitz is a senior at Westville High School. All throughout her middle and high school career, she has been an active part of the school community, participating in many sports and clubs every year.

Seitz has been a part of the drama club since eighth grade when she played Aunt Spiker in the school’s production of “James and the Giant Peach JR.” The following year, she was Mrs. Gloop in “Willy Wonka JR.” She played Mayzie La Bird her sophomore year in “Seussical the Musical JR.” Last year, the school planned to perform “Beauty and the Beast JR.,” but the show was postponed due to COVID-19. Seitz will be playing Lumiere in the rescheduled show this year.

Seitz is also a part of many academic clubs at the school. Two such clubs are Science Olympiad and DECA. She joined the Science Olympiad team last year and participated in anatomy and physiology, protein modeling, and ornithology. She has been a part of DECA since her sophomore year when she placed third at the regional competition and advanced to the statewide competition. Last year, she placed second in her event and advanced to state again. She is participating in both clubs again this year

In addition to her participation in clubs and academics, Seitz is heavily involved in many athletic activities at Westville. She has been a member of the school’s track and field team since her sophomore year, where she competes in shot put and discus. She was also on the volleyball team last year. At the end of her season, Seitz earned the Mental Attitude Award.

Seitz’s favorite sport by far is bowling. This year is her third on the team. Last year Seitz was named the team’s most improved bowler. She said what she loves most about bowling is getting to connect with people she otherwise would not have had the chance to meet.

This year, Seitz was given the opportunity to become an intern at Northwest Health – La Porte. At her internship, she shadows certified nursing assistants, registered nurses, and nursing supervisors to learn more about the operations of a hospital.

When she graduates, Seitz plans to major in biology or nursing in college and later attend medical school. She hopes of one day becoming a neurosurgeon or a cardiac surgeon because she is fascinated by those areas of biology, and she has always wanted to do something that can help people.