Cheyanne Montozzi is a senior at Boone Grove High School who is very involved in her school community. She has served as captain of the dance team and is currently a mentor at her vocational. Through her vocational, Montozzi participated in a Safe Driving PSA contest where she made top three. She then went to Chicago and was present when they announced the PSA winner on live TV. Montozzi took second place.

Montozzi is very involved in her school, aside from being the captain of dance. She’s a main stage hand and choreographer for Drama Club. Montozzi's 15 minutes of fame came when she took part in the Fall Play, “Alice Through the Looking Glass."

For NHS she has volunteered at Taltree to help prepare for Easter and always records for the choir concerts. Montozzi plans on attending IUN to major in telecommunications with a minor in business. 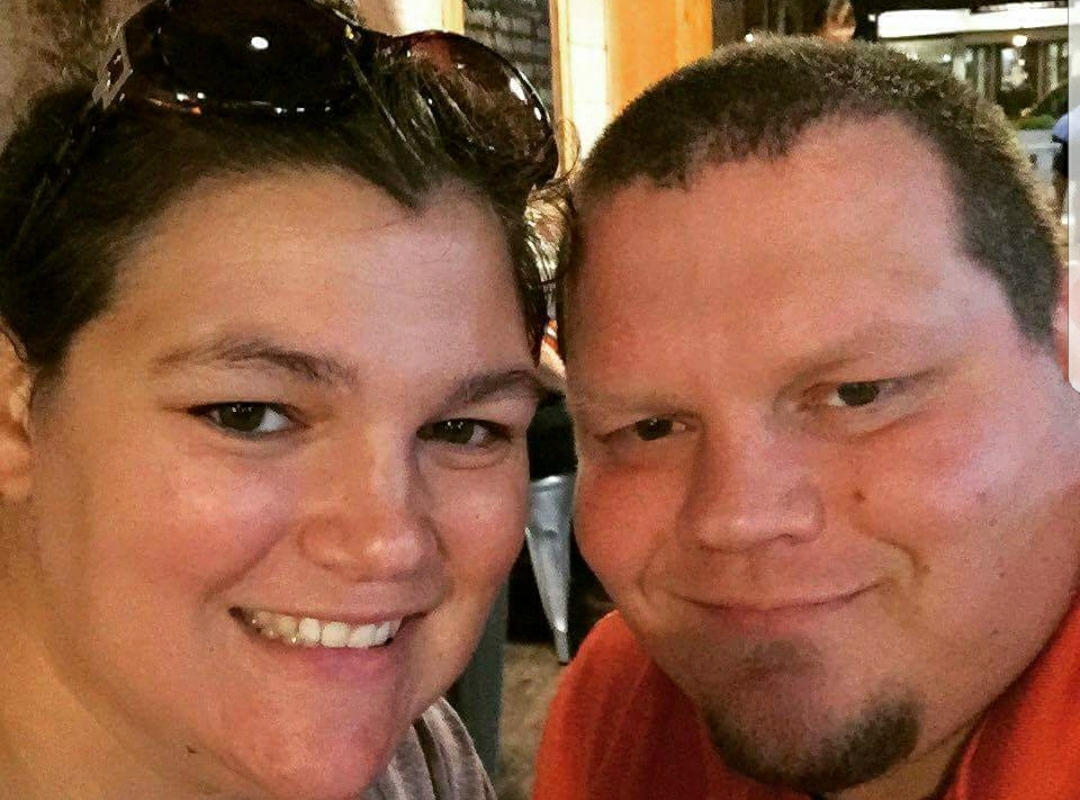 Señora Prater has worked at Boone Grove for nine years. She’s an amazing teacher and is always there when her students need to talk with her or need advice. She is also the sponsor for Spanish Club, French Club, and Key Club. She is fun to be around and has a very comical personality. During an interview I asked her a set of questions about her career and why she chose teaching. Some of her responses were very unusual, but those who know her well would not be surprised by some of her responses.

Señora Prater knew she wanted to be a teacher when she was a junior in high school. She went on the IU Honors Program in Foreign Languages and stayed in Mexico for almost 2 months while taking classes. She absolutely loved it and that’s when she considered becoming a teacher.

In college a friend and her started a tutoring group for underclassmen in Sports Medicine and that's when she was 100% sure she wanted to teach. Her favorite thing about teaching is building relationships with her students and seeing all the different things they go on to do.

Señora got her undergraduate from Anderson University and went to Valparaiso University for her graduate degree.

Some interesting facts about Señora Prater is that she loves jigsaw puzzles. She also loves to build furniture.

“There is such a sense of accomplishment when both are finished,” said Prater.

In the beginning of February there were auditions for the spring musical, Emma. The auditions for a musical are different than normal auditions as students have to perform one of the songs that will be in the play and, if they want, they can perform lines from the character they are auditioning for.

The weekend after auditions, choir had State ISSMA competition in Indianapolis. There were six pieces that the Boone Grove Choir performed; three women’s pieces, two mixed pieces, and one male’s piece, plus solos that got gold at regionals in January. State ISSMA was also the first place the new choir dresses made their debut. The Boone Grove Choir came home with five golds and one silver for ensembles and more gold for solos than in past years.

Finally, the week after ISSMA was Senior Night for Basketball, Cheer, and Dance. There’s a big ceremony to honor the Seniors for their years of dedication. The Dance Seniors create a final dance to perform at halftime to say goodbye to all the underclassmen on the team. It was a very emotional time for not only the Dance Team, but for everyone. The Seniors on the boys basketball team won a remarkably close game and brought home victory for the last time. 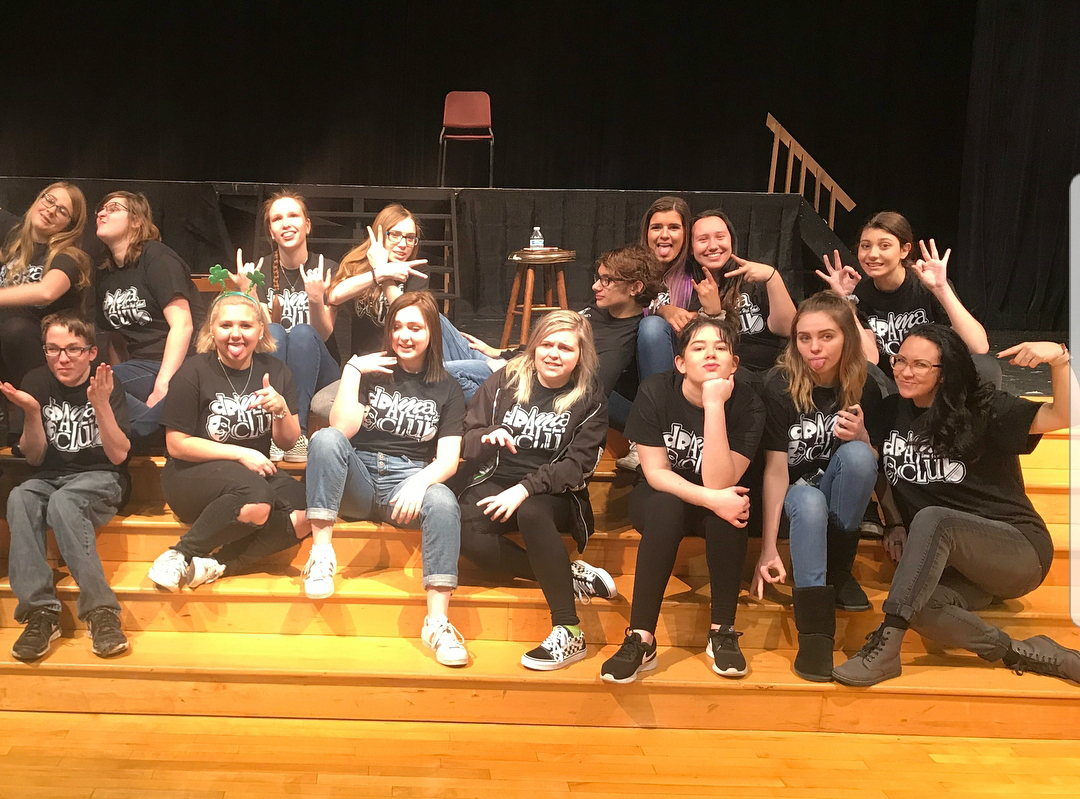 At the beginning of March the Boone Grove Choir put on one of its final concerts, Boone Grove Broadway. The hosts of the show were Hailey Whitworth, Leah Primiani, Mac Magiera, and Katarina Grant. They performed pieces from Wicked, Rent, Les Misérables, Hairspray, and more. The also performed the songs that went to State ISSMA. The show was amazing and everyone had a great time.

In mid-March the Drama Club did a fundraiser with the elementary and middle school kids to give them the chance to see a stage and how things run at the high school Drama Club. The kids were broken up into groups, each with an upperclassman and a lowerclassman. They were then given tours of the different parts of the department including tech, costumes, and props. Then the guides picked a scene and the students got to decide what they wanted to be in that scene and the other groups had to guess what scene we were doing. It was a huge success, many of the kids had a great time and many of them couldn’t wait to join drama in high school.

In honor of spring, the Key Club decided to sell carnations the last two weeks of March, rather than when they traditionally sell them in February. Then, the day before Spring Break the Key Club passed out the flowers, giving everyone a chance to feel a little kindness.

On March 16th a local band from Boone Grove released their first ever EP. The band is called Everything We’re Not. They are a start up band from Valpo which consists of three Boone Grove graduates and one Senior. They have been friends since they were kids and all have an amazing passion for music. They are all very talented and remarkable musicians. The EP is up on Spotify and you can follow them on Instagram, Twitter, and Facebook to stay up to date with what’s coming. 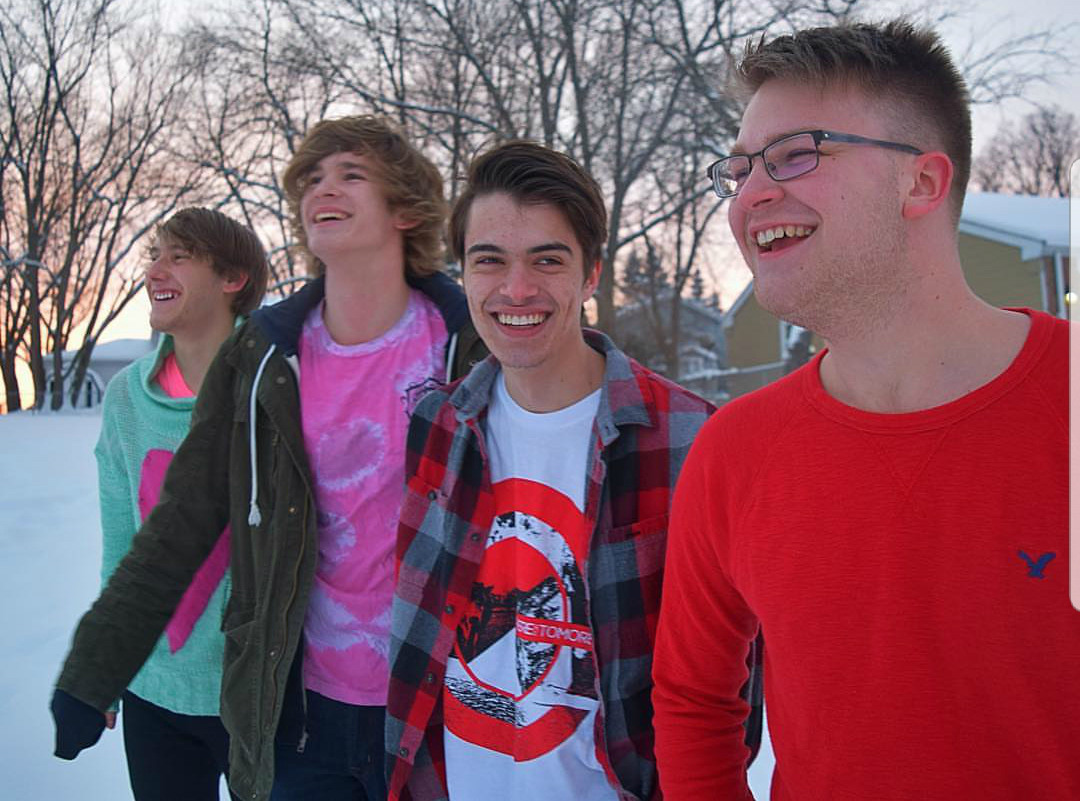 At Boone Grove, Prom is just around the corner. The theme for Prom this year is Rustic Romance. Some stores are going above and beyond by recruiting students to show off their products at school and leave business cards everywhere. Boone Grove also hosts a dress workshop where people can donate their old prom dresses and they sell them to other students. The Juniors started selling tickets last week and everyone is looking forward to the Promposals to come.

The last Choir concert of the year will be Swinging into Spring. It will be a lot of swing, 20s music. Since it is also the last concert, there will be an award ceremony at the end to honor the seniors and those who have improved throughout the year. The award ceremony is a little different than most as the choir students select which students should be given an award, rather than the choir director.

The GSA at Boone Grove has finally put a date on their Fundraiser Movie Night. It is planned for Wednesday the 18th at around 3:00 pm. The week before, the GSA shirts will be coming in and tie dying them. At the same time they’ll be having a sticker party where all the members will be creating stickers to put into the gift bags at the movie night.