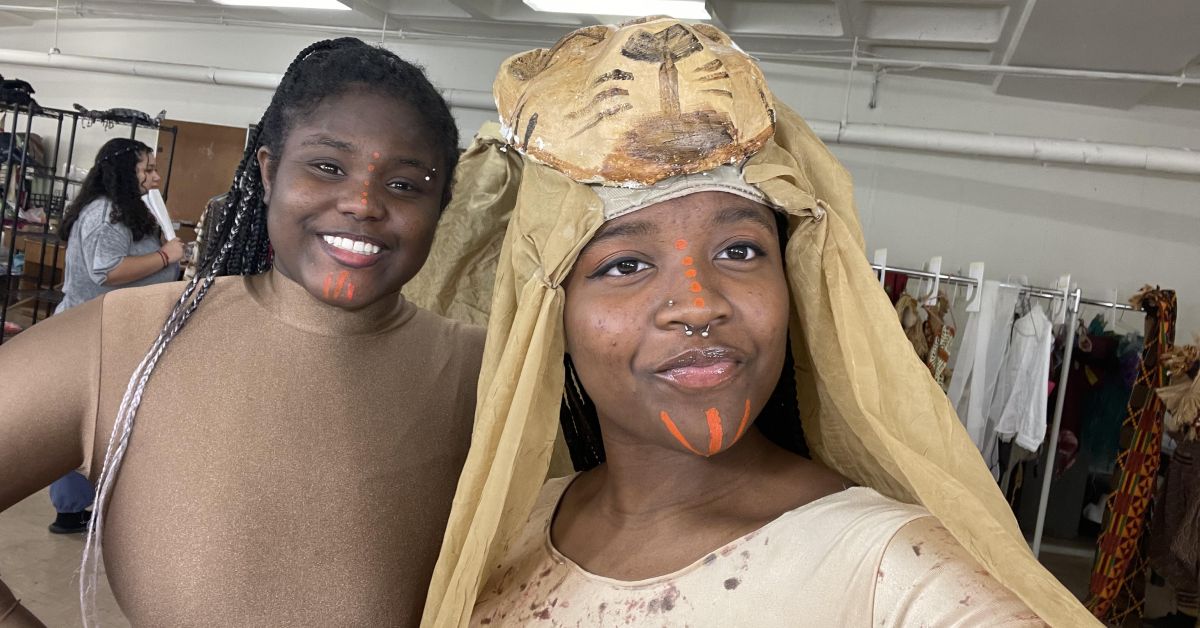 A show, inspired by live TV, has recently been brought to Hammond. Hammond Arts & Performance Academy (HAPA) has shown the beauties of expressing emotions with even the smallest movements. They have multiple bright stars participating in all kinds of extracurriculars. Morton High School has designed many classes to teach students how to come out of their shells. From the most recent performance of “Dancing with the Stars,” students got to see multiple groups perform, including the cheer team, Hammond Central High School, and even alumni. Everyone who performed did an absolutely amazing job. Students at Morton High take their pathways very seriously, and no one will ever have to question their abilities.

“The Lion King” has made its way to the stage. A musical performance will be brought to Morton students by the choir group with the help of some students who auditioned. Together, they shall form as one and harmonize to amaze the audience. Anyone from the school is allowed to audition for any role, from Simba to Scar. The musical will be held in Morton’s auditorium from November 10 to November 13. “The Lion King” is a Disney animated movie that follows the adventures of Simba. When experiencing the action live, students will learn the essence of the story is about being able to forgive oneself for the past, learning about the mistakes they’ve made, and the things we cannot change. Instead of dwelling on it, students should look onward to the future with pride and confidence. Morton staff has decided this is the perfect opportunity to show “The Lion King” to students and those wishing to attend.

Sondra Davis, known as Dr. Davis, plays a big role within “The Lion King Jr.” performance. She is the vocal director for the show. She helps strengthen the performers’ voices by teaching them vocal techniques that may benefit the student. She is well known for her respectful instructional teachings. Davis creates a pleasant atmosphere with her authentic teachings.

“I am excited for others to see what I have experienced for several weeks. Students are having fun and working hard to perform this show. There are over 100 students in the show from K-12th grades. They spent a lot of rehearsals learning the lines of scripts, doing choreography, and singing a lot of the songs in a different language. I am so proud of all of them,” Davis said.

The entire cast has been working extremely hard to put on the best show for everyone.

“I am one of the three directors in ‘The Lion King.’ Ms. Erin Fitzpatrick & Ms. Aarynn Bernard are co-directors, and I am the vocal director," Davis said, "One of my favorite parts of the rehearsal is watching the students bring the characters to life. Some of the vocal parts and rhythms in the songs were challenging, but witnessing students pushing themselves to accomplish learning each song has been amazing.”

Watching everyone preparing and coming to an understanding with their assigned character is truly an eye opener. It shows true comfortability with each other.

Emiliano Garcia is one of Morton’s most experienced choir members. Garcia has an amazing voice that thousands of ears should hear. Singing has always been a big passion of his, and joining choir boosted his abilities and his confidence. With the help of his peers around him, Garcia forges a bigger connection between him and his social life. The cast has worked together to bring up each other’s voices by matching their rhythms. Garcia enjoys the time being spent together as a team to achieve the goals they've set for themselves.

“When I went to see ‘Frozen Jr.’ last year, my friends seemed like they had a good time playing the characters and singing, and I wanted to have the same experience too. With that being said, I found out that ‘The Lion King Jr.’ was coming out, that was my chance. I'm having a pretty fun time being a part of it currently,” Garcia said.

“The Lion King” is a very well known movie appealing to audiences, especially children. From being able to watch it on TV to being able to act out a favorite character, it is exciting for student members. A lot of time with a lot of effort from every member has been put into creating a show that will wow the audience. The outfits really bring their characters' appearance to life.

“My favorite part about being in ‘The Lion King’ is the community. Mostly because working with your peers, children, and in general coming together to sing songs during the choreography and finally doing their parts is pretty amazing. I cannot wait until ‘The Lion King Jr.’ comes out, so you can watch it," Garcia said,

Everyone has been amped up to watch the performance live. Just to see everyone in their costumes putting on a show like never before is going to blow the audience away. A lot of people are planning to attend this year to cheer on their friends. The show will definitely be the talk of Morton High School.