Graduation and a Look Back
On June 10th in the Bill Logan Gymnasium at River Forest High School, the class of 2017 took one last walk out door C with their diplomas in their hands. The weeks leading up to graduation consisted of the most beloved part of high school, finals. Apart from the stress, our seniors made their last high school memories on their senior trip to Chicago, senior ditch day, and the senior elementary walk. The last days at River Forest consisted of the senior class saying goodbye to their underclassmen friends and favorite teachers, along with a lot of reminiscing of the impact they have had on the community in the past four years but mainly in the past year.

The past year has been one for the books. We had many highs: The boys baseball seniors broke the record for most career wins, senior, Keara Wisek, qualified and placed in the top ten of the first ever girls wrestling state tournament along with 2 of her teammates, our marching band performed in Disney World, senior, Meranda Bailey, won Youth of the Year from the Boys and Girls Club, senior, Amber Ondo, broke the girls basketball school record for most three-pointers in a game, and our decathlon team qualified to represent Indiana in online nationals, with senior Kaleigh Karageorge being the highest scorer on her team. Although we had a very memorable year, we also pushed through some difficult times, like the heart-breaking 1 point loss in the girls basketball sectional championship and the loss of band’s ISSMA gold streak. Besides from that, our senior class accomplished many more amazing achievements and so did the underclassman, this was only the tip of the iceberg of an eventful school year here at River Forest.

“All I know is enjoy every single moment of the journey to success. I’m sure everyone is nervous and excited to take this next step in their life, but being put out of your comfort zone will make you grow as a person. If you aren’t uncomfortable, you aren’t growing to the best of your ability,” River Forest senior and future PNW student, Brittany Evanovich, stated. 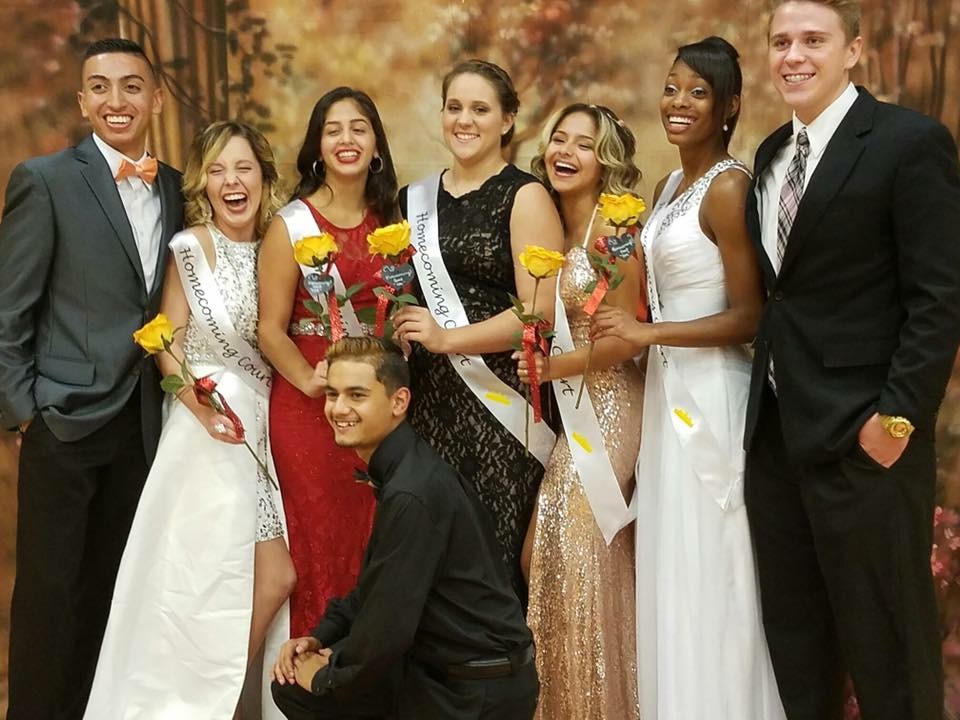 2017 valedictorian and future Boilermaker, Kaleigh Karageorge, discussed her excitement for her future.

“I’m excited because it’s going to be something really different and I’m ready for change. I know there are going to be parts of high school I miss but I know whatever this next year brings is going to be even better,” she stated.

As a small community we have all bonded and saying goodbye to our seniors is always difficult. No matter where life takes our seniors, we have been able to create lifelong friendships that we will take with us far beyond our high school days. 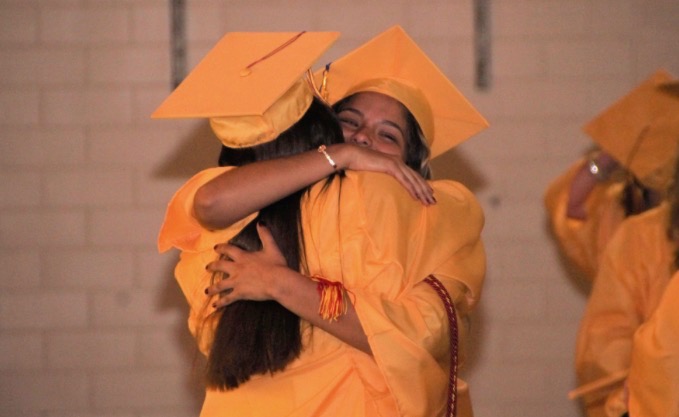 Winkler started off by stating “focus on school first and boys later, boys are a waste of time,” she continued with, “Take that AP class, it’ll boost your GPA,” and lastly she simply told me, “anything is possible, never give up.” 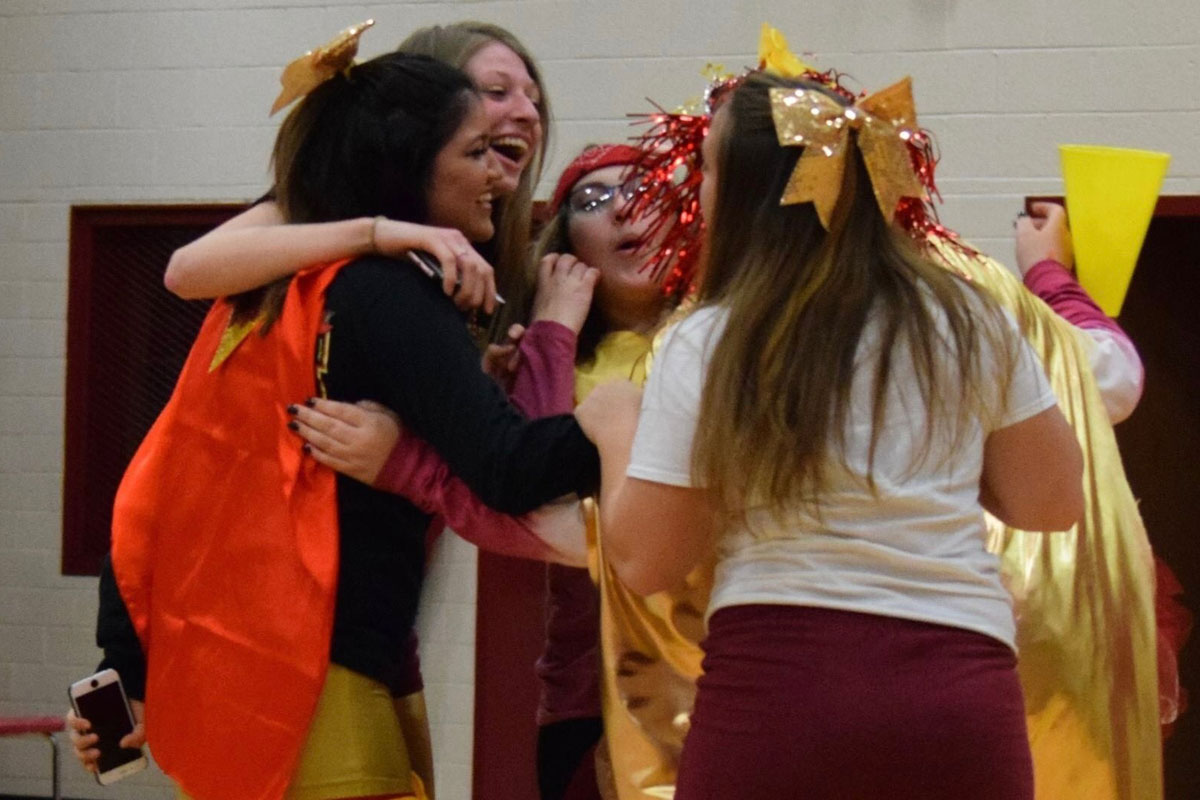 Senior and future PNW student, Skyla Nikollaj, reflected on the things she would change from her four years as a River Forest student.

“If I could change anything from the past four years, I’d change my outlook on the time I had,” Nikollaj answered. “I wasn’t as positive or happy about high school because I just wanted to get through it. I wish I would’ve taken the time to be in the moment and enjoy high school before it was over.” 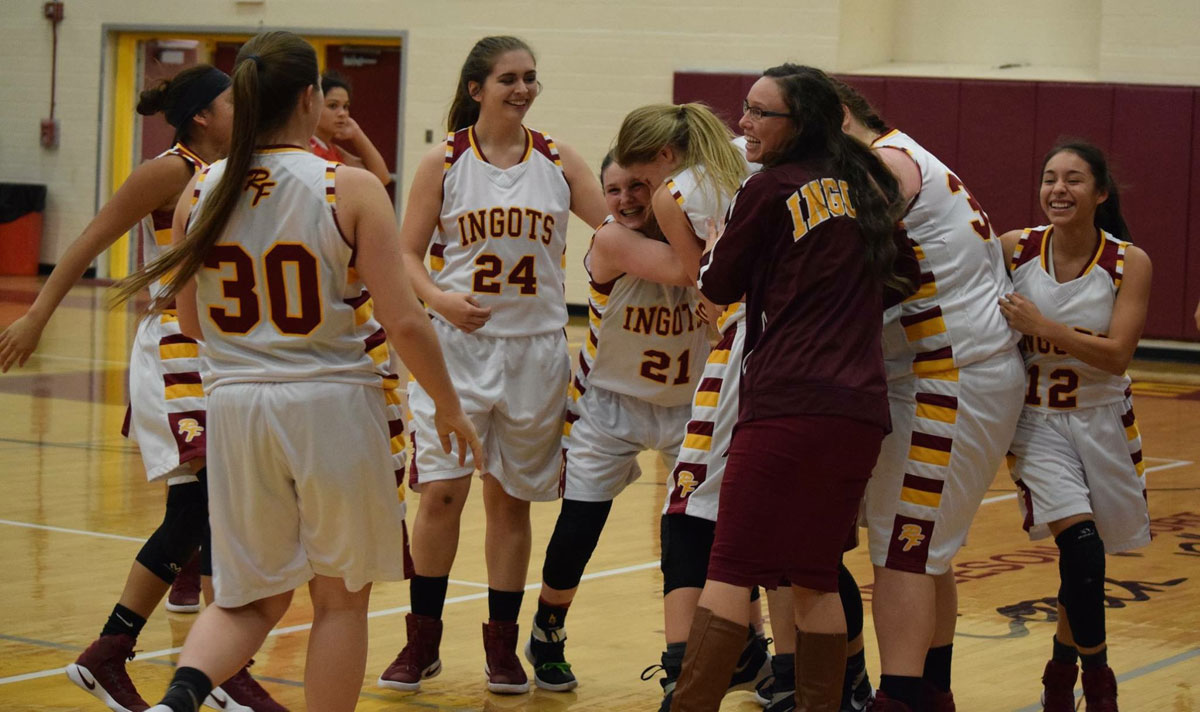 Ingot Athletics Preparing for Fall Season
As many of our athletes are multi-sport athletes and involved in a different sport each season, it’s always difficult to start open gyms and conditioning in the spring but as soon as the spring sports season ends, fall sports are in full swing. As soon as softball, baseball, track and field, and tennis seasons is over, football, volleyball, and cross country start almost instantly.

Our football and volleyball team graduated a lot of talent this year and a majority of the varsity rosters. Due to the dramatic roster changes coming this season, the Ingots will be most likely known as the underdogs.

The football team started conditioning after Christmas break by lifting weights after school. The summer schedule consists of three days a week of practice every Monday, Wednesday and Friday. Practices consist of a couple hours of weightlifting and conditioning followed by a couple hours of shoulder pads and helmets. Additionally, the guys have several scrimmages during pre-season to prepare them for the upcoming regular season.

This season, our football team will be led by the upcoming seniors along with a few from the upcoming junior class and some underclassmen. The season starts at the end of August and the Ingots are looking forward to being able to prove themselves this season.

The volleyball team, on the other hand, only has four returning varsity players; however, last season’s junior varsity team showed a lot of talent and several players are looking forward to their breakout season. The team is expected to be led by the upcoming junior class in all three positions: setters, hitters, and defensive specialists. The juniors should be a figure to watch this season considering the success a few of them had last season. The upcoming senior class of two along with a few upcoming sophomores will also be valuable to the team as each and every player carries an important role.

Open gyms and spring conditioning started in April but a majority of the team was unable to attend due to being involved in a spring sport. The team then took a 2 week hiatus in order for the players to focus on finals week, but the first week of summer, the athletes were back in the gym. Over the summer one can find the girls running laps around the school and track, lifting in the weight room, and working hard on bettering their skills in the gym. The girls are working every Monday, Tuesday, and Thursday mornings. Additionally, the upperclassmen/projected varsity players play every Wednesday in the Wheeler Summer League at Wheeler High School, where the team gets a chance to play other schools that they will see during regular and post-season.