“One, two, three strikes you’re out!”: this has been the saying for the past couple of weekends for Hannah Kraynak and Breanna Devine. Devine and Kraynak are incoming juniors at Portage High School where they both play on the softball team.

Kraynak has been heavily involved in softball ever since she could remember. She started out in tee-ball and she says her passion for the sport grew from there. From watching her brother play on a little league teams, and all the way up to now a college team Kraynak has always been involved in playing ball.

“My dad played baseball in high school, and my brother has been playing since before I was born. So I was basically born into a love for playing ball.” Kraynak said.

Playing softball is a big part of Kraynak’s life, she has dropped a lot for the sport and says it was the best decision she’s ever made. 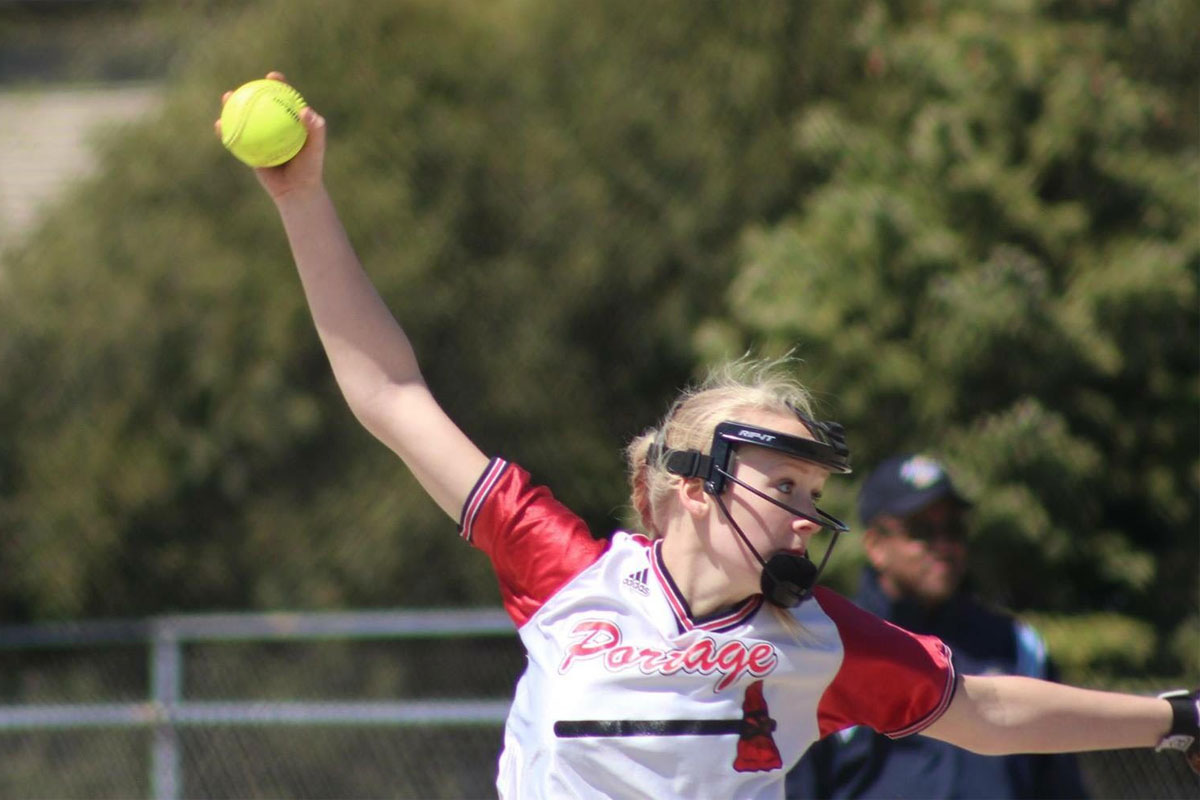 Devine has as well been involved in softball for a very long time. Devine’s older brother is a baseball player and her father was a coach for Portage baseball. Just like Kraynak, Devine has been around baseball and softball since she was young. She grew up with the sport and is says it’s what she loves.

Along with softball Devine played pop warner football when she was younger. Her parents weren’t so fond of her playing football so they decide to have her start playing ball. Devine’s softball career started at PJM (Portage Junior Miss) alongside Kraynak. Then once getting into middle school she started volleyball. She continued her volleyball career up until freshman year when she decided to focus on softball.

Before dedication all her time to softball Kraynak was involved in gymnastics and volleyball. She continued her volleyball career up until her freshman year where she decided she wanted to start focusing more on softball, just like Devine.

“Junior year is when colleges really start looking at us [the players] so I really just wanted to focus on being the best me I can be.” Kraynak said.

Devine is a catcher on the Portage High’s Varsity softball team during the spring. As well as she plays on a travel softball team with Kraynak in the summer. 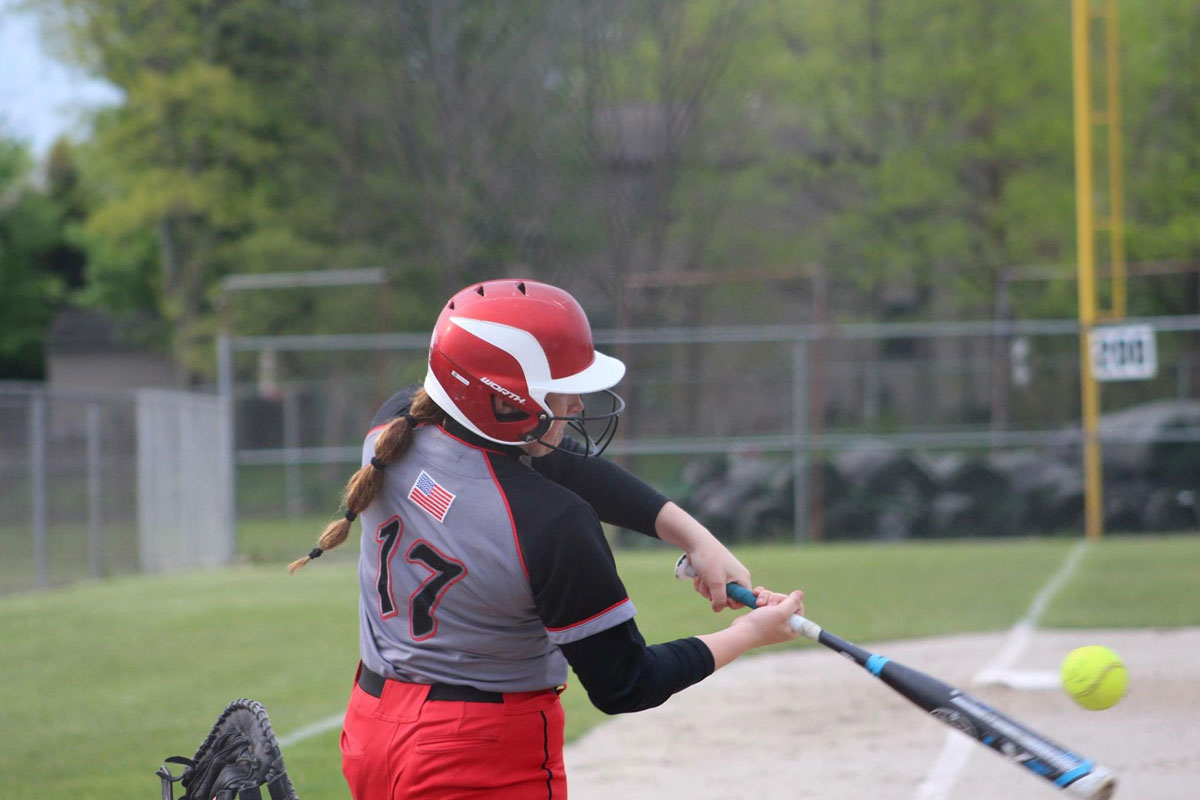 “My dad was pitcher, my brother is a pitcher, and so am I,” Kraynak said, “It runs in the family but it certainly isn’t easy. Being a pitcher requires lots of practice, and patience.”

Pitching has caused lots of issues for athletes in both softball and baseball since the athletes apply so much strength to throw a ball so fast and hard. Kraynak herself has dealt with complications due to her pitching. This past fall she went threw dry needling for her hip pains.

“Like I said, pitching isn’t easy. Softball in general isn’t easy but it’s worth every ache and pain.” added Kraynak.

Well all the hard work has paid off for not only Kraynak but also for Devine. The past two weekends, the girls and their summer travel ball team traveled to a tournament in Michigan. It was a college exposure tournament and the girls won the championship. Their team took first place in their division and went undefeated with a record of 6-0. Kraynak and Devine put in a lot of work to bring a win back home.

“It was a difficult task,” Kraynak said, “but it was worth it in the end run.”

Devine caught for all of the winning games that past weekends. Just like Kraynak, Devine caught in the rain which is difficult since she has to catch a ball traveling at fast speeds that is not only heavy, but is slippery and wet. 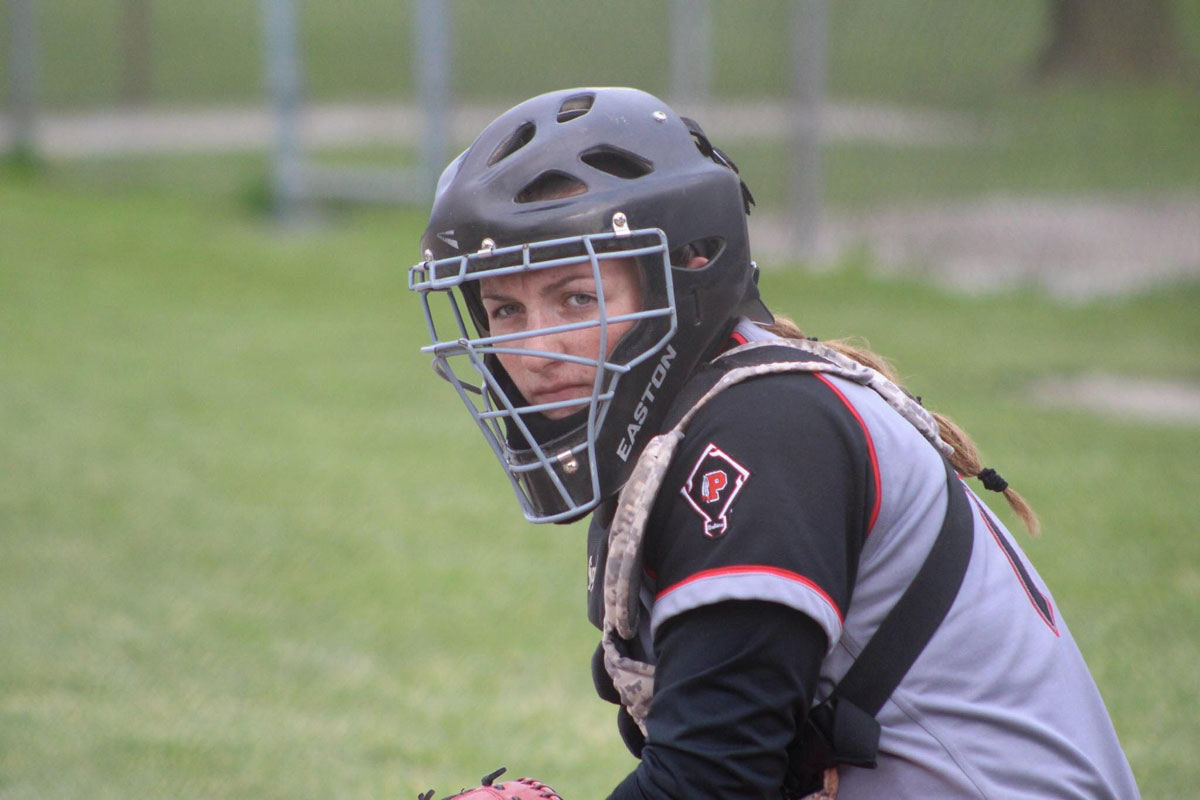 “Catching in the rain is rough,” Devine said, “one of my jobs is to help the pitcher as much as I can and with it raining and that’s hard to do so. So the ball is slippery, it’s hard for us (the pitcher and the catcher) to achieve the main goal of getting outs.” Devine said.

Even though these complication Devine and Kraynak pulled off a win along with the rest of their teammates.

Devine says that travel ball helps build her confidence for when she's playing during high school season. Playing during the summer gives the girls confidence and most importantly practice. The win helped both the girls not only for their confidence but for college exposure. Both the girls would like to continue their softball careers throughout their remaining time at Portage High as well as in college. So by winning the college exposure tournament this gets Kraynak and Devine’s names out there into the college softball worlds.

Kraynak says that this win not only boosted her confidence but she hopes that it will help her be more confident when pitching during her high school season.

The team, the Duneland Diamonds’, next tournament is this upcoming weekend and they hope to do there best and bring back more wins.