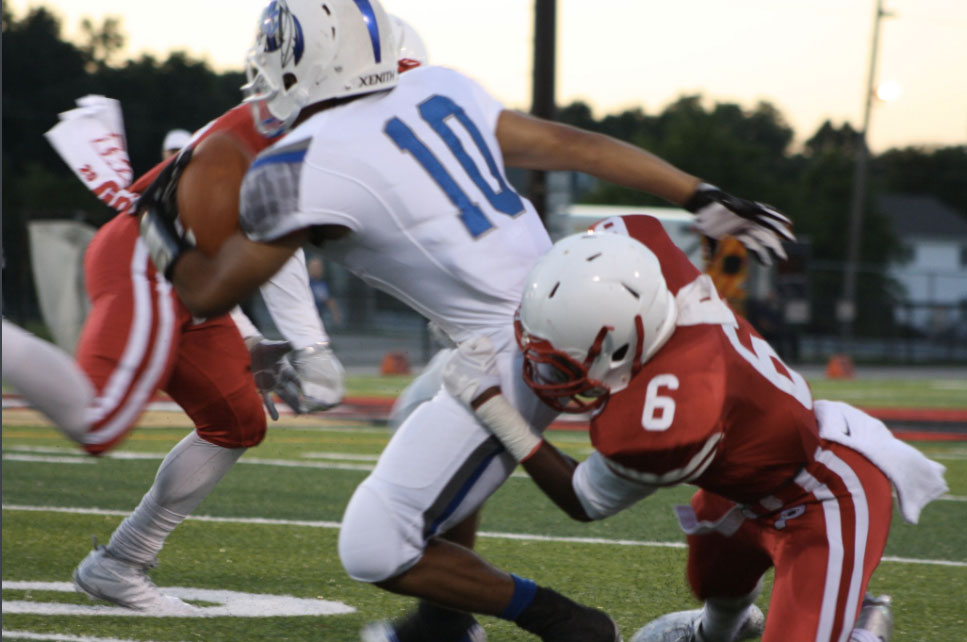 Portage Athletics Steps Up
These past few years, Portage Athletics has not been producing as many wins as they did in the past. But this year, all the teams are earning more W’s than before. These wins have been giving athletes a new attitude and giving surrounding towns something to talk about.

Still excited about last week’s win, the Indians beat Lake Central at home Friday September. To add to the excitement, Comcast Sports Network filmed and showed highlights of the game.

Both Lake Central and Portage teams went into the game with a record of 1-1. Last season, Portage upset Lake Central to win the first round of sectionals. Friday night’s win was the first time Portage beat Lake Central since 2010.

The new coach, new field and new principal, former NFL player Max Gill, has given the Indians a fresh start and a feeling of rebirth. After the loss to Mishawaka the first week, people began to have their doubts about Portage football. Last week changed everyone’s attitude. Senior Michael Delgado is excited about the football program’s changes. Throughout his high school career, he has only won two games as a Varsity football player.

“[Winning] keeps everyone working hard,” Delgado said. “[We’re] finally seeing what it feels like to win and everyone wants to keep it that way.”

Not only has the football program been making big changes that are paying off, but almost every fall sport currently has a winning record. All the sports teams have been using each other’s winning records as motivation and positive energy for themselves.

With all the wins at Portage High School, more students have been attending games than in the past. Volleyball Captain Kelsie Kissinger believes that the winning records within the school gives the team a motivation similar to the football team.

“It gives us confidence as a team to keep our winning record for the whole season,” Kissinger said. “It makes us work harder to prove to everyone else what volleyball can do.”

Like the football team, Portage volleyball is now lead by new coach Kevin Bonatrager. The new leadership has been making positive changes within the program and exciting the entire school.

From an outsider point of view, these wins are coming as a surprise, but for the student body, this is something that has been brewing for a long time. Delgado believes all the changes to Portage have been playing a role in the changes within the program, but it is not the main reason why.

“This group of kids has just been waiting for [our] opportunity to show everyone what we can do.” Delgado said.

This new winning attitude has not only excited the players, but the entire town. Last year, most football games had low attendance rates and a very small student section. This year, every game has been well attended and this past Friday the student section was featured on several Twitter pages that highlight larger student sections throughout the country.

“With the student section there we know we have more support than just our family,” Doran said. “Once we start rolling the game the momentum flows and the student section gets loud and crazy and when we hear that, we not only feed off of each other from the sideline and the field, but we feed off of them also. They are a huge part in momentum changes. They have an impact on how we play. We are beyond grateful to have them there.” 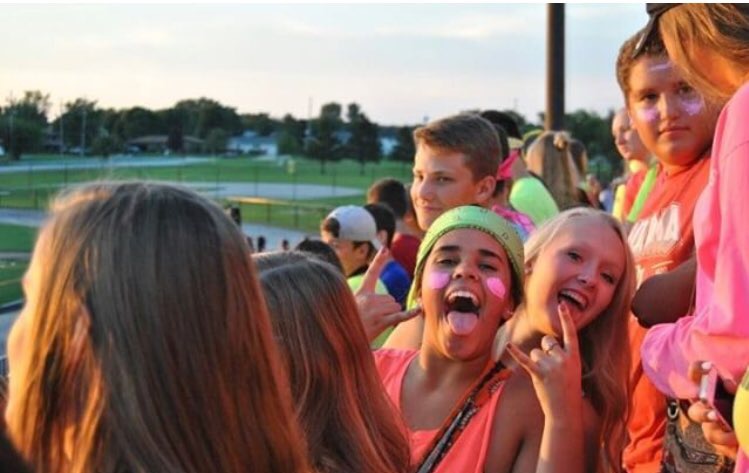 Student Spotlight: Rebecca Rosado
Every morning, Portage High School students and staff are greeted by Sophomore Rebecca Rosado, who is the news anchor on Indian’s News Network. It would be hard to find a student or staff member throughout the entire building who would not recognize her.

Rosado got her start in broadcast at Fegely Middle School where she was told my numerous staff members and students that she had a talent for speaking and writing. In eighth grade, Rosado was given the chance to do the daily announcements, which were traditionally done only by a principal.

After doing announcements for a year, she realized she had a talent and a love for broadcast and wanted to take that with her into high school. Rosado took the level one journalism class at the high school, but was quickly transferred into the advanced broadcasting class.

Along with being on INN, Rosado is also a staff writer on the student newspaper The Pow Wow. After falling in love with the broadcast side of journalism, Rosado decided to take a chance at writing too.

“My sister was in publications all throughout high school so she inspired me to write.” Rosado said.

Along with being heavily involved in publications, Rosado is a member of Student Council, Thespians and is hoping to become a member of the speech team this year. Rosado enjoys being so involved in the school and hopes students, especially underclassmen, see her in a positive way.

“I hope they look up to me,” Rosado said. “I want them to see me as a role model and someone who is confident, but cool.”