For the town of Griffith, Friday fall nights are spent under bright stadium lights cheering on their beloved football team.

Summer means fall sports are right around the corner, and athletes are working hard. This year, many teams are rebuilding their teams after losing copious amounts of seniors the past few years, while other teams are adjusting to new coaches and coaching methods. The school has also entered a new conference-the Greater South Shore Conference, GSSC.

‘Panther strong’. This is Griffith High School’s football team’s new motto, and for good reason. On August 9, the varsity team participated in the third annual Firefighter Challenge, which included victim drags, high-rise carries, and hose line pulls. At the end of the event, a teamwork-focused bucket brigade took place. On Friday, August 11, the Panthers had their first scrimmage against Chesterton, and won. Senior Kadafi ‘Dafi’ Coleman made headlines last year, and plans on making even more this season. Coleman was recently named one of The Times 2017 Preseason All-Area Defensive Team picks. He has only played football for five years, four of them being high school.

However, the varsity linebacker and running back has some of the best stats on the team and has been in nearly every local preps story. Coleman has big plans for his senior year, and wants to get a championship title. He wants to make even more headlines than last year, and improve more and more each week.

“I hope that I leave behind hard work and dedication to the game that we all love,” said Coleman, “Our mental attitude has changed, and we don’t back down to anybody when we know the odds are against us.” 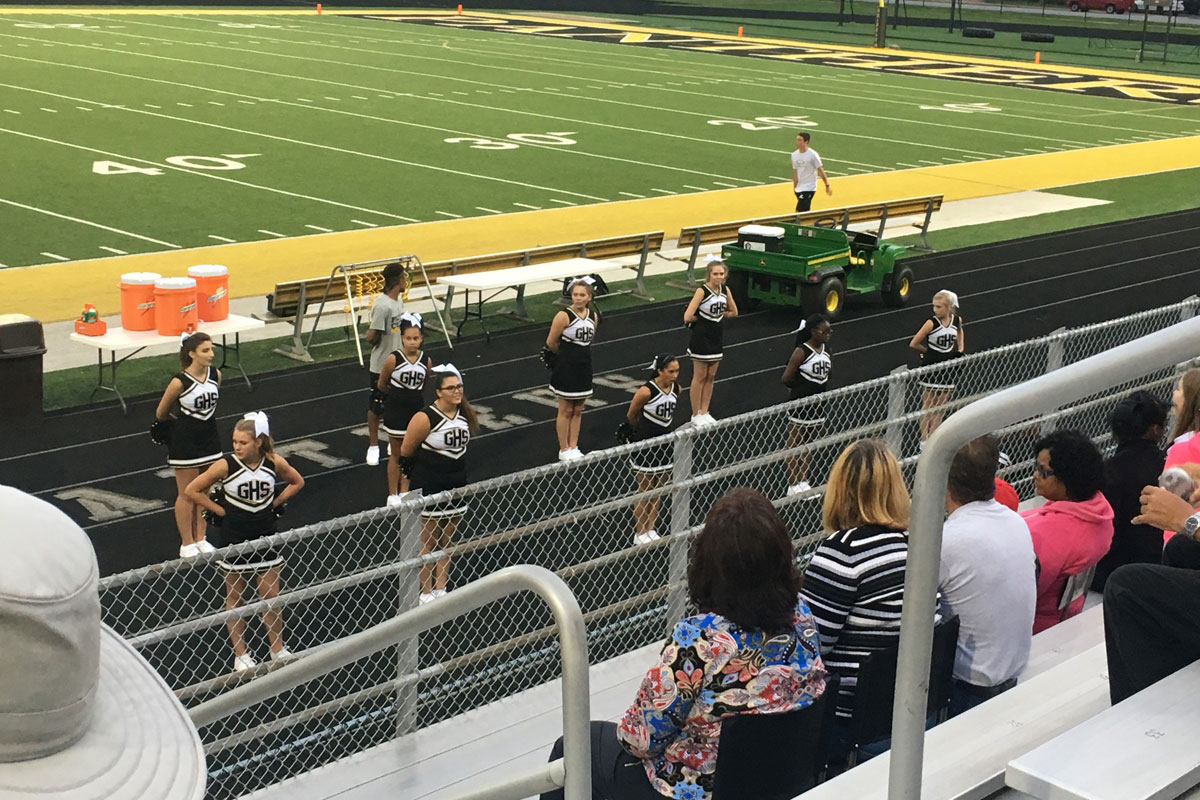 The Panthers have their next game at Michigan City on August 18.

Glenn Maglish has been coaching soccer for years, and began coaching girls high school soccer in 2016. Previously, he coached on and off as an assistant coach for the high school for six years, and for five years for a club team. This is his second year as head coach of the girl’s soccer team, and is now focusing on coaching the varsity team with the help of new JV coach Hillary Campbell. Maglish and Campbell have a lot of adjusting to do this year after losing nine seniors last year, and having 12 freshmen join this season.

“It’s very challenging having all of these fresh faces, but they’re all building blocks for the future,” said Maglish, “It’s going to be rough but we are looking at long-term progress, and improvement for sectionals. Progress is key.”

Campbell, the new assistant and JV coach, is currently experiencing her first year of coaching. Previous to this season, she played striker for Concordia University Chicago’s women’s soccer team and Lake Central high school’s team as well. Although she has no previous coaching experience, Campbell helped coach Sparky Soccer, a team associated with the Chicago Fire soccer team, that coaches kids with special needs.

“The team brings a lot more enthusiasm now and they are working better as a team,” said Campbell. 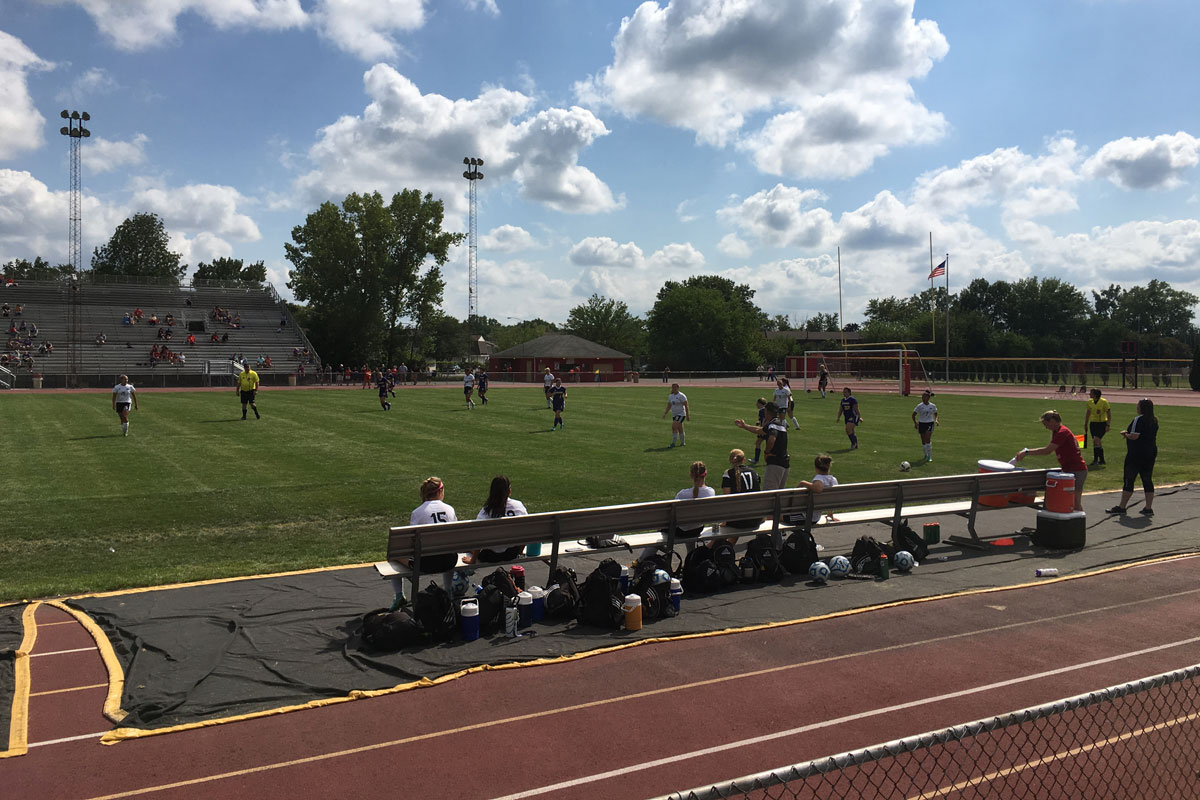 Senior Hannah Ramirez has high hopes for the team as well, and wants to prove any doubters wrong and bring home a title for her senior season. She believes the team can accomplish this with their communication, defensive line, and offensive talent. Ramirez, just like Maglish, isn’t focused primarily on winning.

“I want us to have great attitudes and sportsmanship,” said Ramirez, “Sure it would be great to win every game, but none of that matters if we have bad attitudes. Sportsmanship is the most important thing when it comes to athletics. I want my team to be known for our positive energy and great attitudes.”

The Lady Panthers have their first game against Hebron at home on August 15. 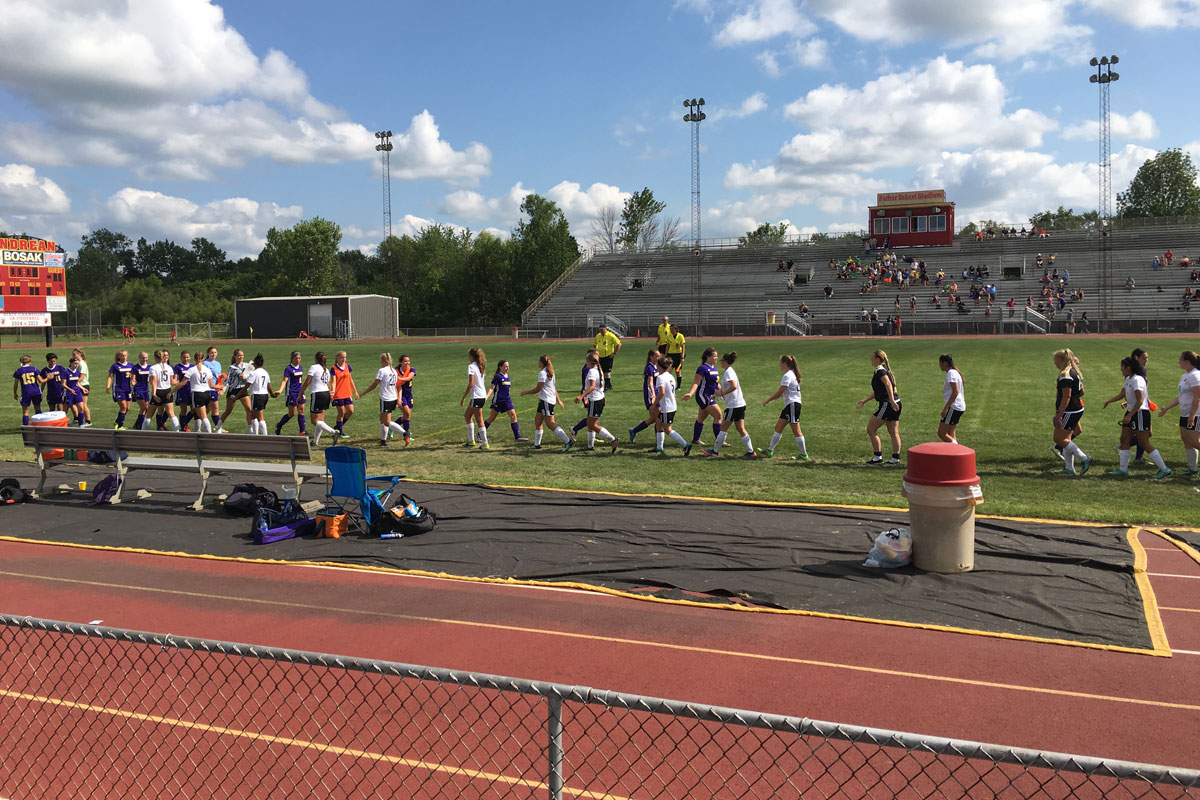 The boys’ soccer team has also been adjusting this season after losing seniors this year, and adjusting to new coaches. Spanish teacher Castulo Perez began coaching the boys team last year, and is now the varsity coach along with JV coach Wally Kudyba. The boys this year have adjusted to the new coaches, and the seniors have stepped up. Senior Zack Fisch is one of the varsity captains this year, and hopes that the team improves their record this year. Last season, the team ended up 6-2-7. Fisch hopes to do better this year, win more, and believes they can do it with their strong offense and unstoppable goalie. The Panthers have their first game on August 16 against Hobart.

Griffith High School was also honored by the Indiana High School Athletic Association, IHSAA, as being the top sportsmanship winner in Indiana for the 2016-2017 school year. Athletes were required to take a sportsmanship test after taking a concussion test, and couldn’t play a game until they did so. This paid off, and IHSAA commissioner Bobby Cox was proud of the actions of not only the players, but the spectators and coaches as well.

This is just a sneak peak of all of the fall sports at Griffith this season, and does not include girls’ golf, volleyball, boys’ tennis, cross country, or cheerleading.