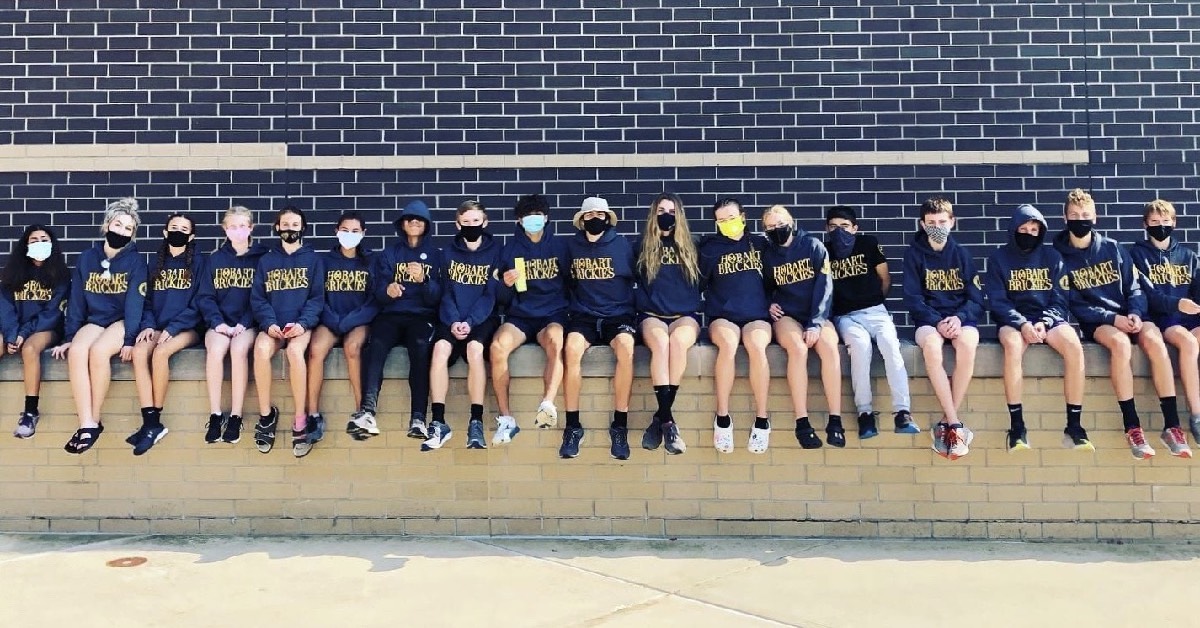 Hobart High School Brickies Football Team made it to state

For the first time in 24 years, the Hobart High School (HHS) Brickies managed to make it to the Class 4AState Finals. The last time the Brickies made it this far into their season, Head Coach Craig Osika was a player. Osika has an incredible perspective making it all the way to state since he has been on both sides of the accomplishment.

"There’s a sense of pride, that meant and felt differently as being a player in the game," Osika said.

Despite a rocky start due to COVID-19, it did not slow down the football players. If anything, it made them more disciplined and helped them onto the road to the state finals. With the help of staff and coaches, they continued to follow COVID-19 guidelines so that they could make it to the 15th and final game of the season.

They persevered through all challenges thrown at them, and the outcome was nothing less than what the players deserved. Osika has big plans for this next season, maturing younger players and being one of the 16 teams in the state holding the State Champion Trophy. Everyone has high hopes for the football players next season and cannot wait to see what they accomplish.

Cross Country is a staple at Hobart High School. This powerhouse team, despite their enormous invitationals, always seem to come out strong. While this is a smaller team, they're filled with might.

Hobart Cross Country had six runners make it individually to Semi-State. The team as a whole made it to regionals, but cut it short in their attempts to make it to semi-state. The boys’ team missed the cut by 12 points, while the girls’ side missed the benchmark by a mere three points. Three runners qualified for Academic-All State: Bruce Leipart, Jonah Wells, and Sydney Belk. Lastly, seven runners were classified as All-NCC Runners this past season.

Next year, there are big things in store with what they are going to accomplish. There are a lot of returning and uprising runners planning to join. Many are excited to see what they have planned for next season.

In with the new

Hobart High School Girls’ Bowling is an underrated, yet skillful sport, especially at HHS. Last year was the best season for the bowlers in Hobart history. They were Conference Champions, Regional Runner-ups, and State Finalists. This was the first time in Hobart history that the bowling team made it all the way to state, an extraordinary accomplishment both individually and for the team.

Hobart Bowling practices once a week at Hobart Lanes, with coaches being Sara Ciesielski and Shaun Ciesielski. Most of these bowlers get extra practice by joining Saturday Leagues. As of right now, the lady bowlers have a record of 6-2 for the season, and the team is ranked second in the Lakeshore Conference.

The team last year had an array of incredible accomplishments, both as a team and individually. With returning players, this powerful team plans to make it up the state ladder once again, hopefully resulting in a state championship.

Ciesielski has had a love for bowling her entire life. Her family is in love with the game, and that pride has been passed through the generations. Ciesielski’s competitive spirit started around middle school. She has always had a natural talent, whether it was showcased through leagues or in her middle school bowling career. Ciesielski knew she had a knack for the game when her middle school team became Regional Champions in 2018.

Once Ciesielski moved out of her middle school career, she started her successful high school journey. So far, Ciesielski has made quite a name for herself. Not only was she the Sectional Champion last year, but she has also been a key component of the team. She has lettered both years that she has been playing, while also receiving MVP.

Ciesielski is a well-decorated bowler, with opportunities lining up for her. She is excited about this upcoming season and has been working extremely hard to meet her goals. Once Ciesielski graduates from Hobart High School, she wants to get a degree in cosmetology and possibly become a professional bowler, which is well within her limits.